UPDATE: Police raid on Twistars and home of former US Gymnastics Coach 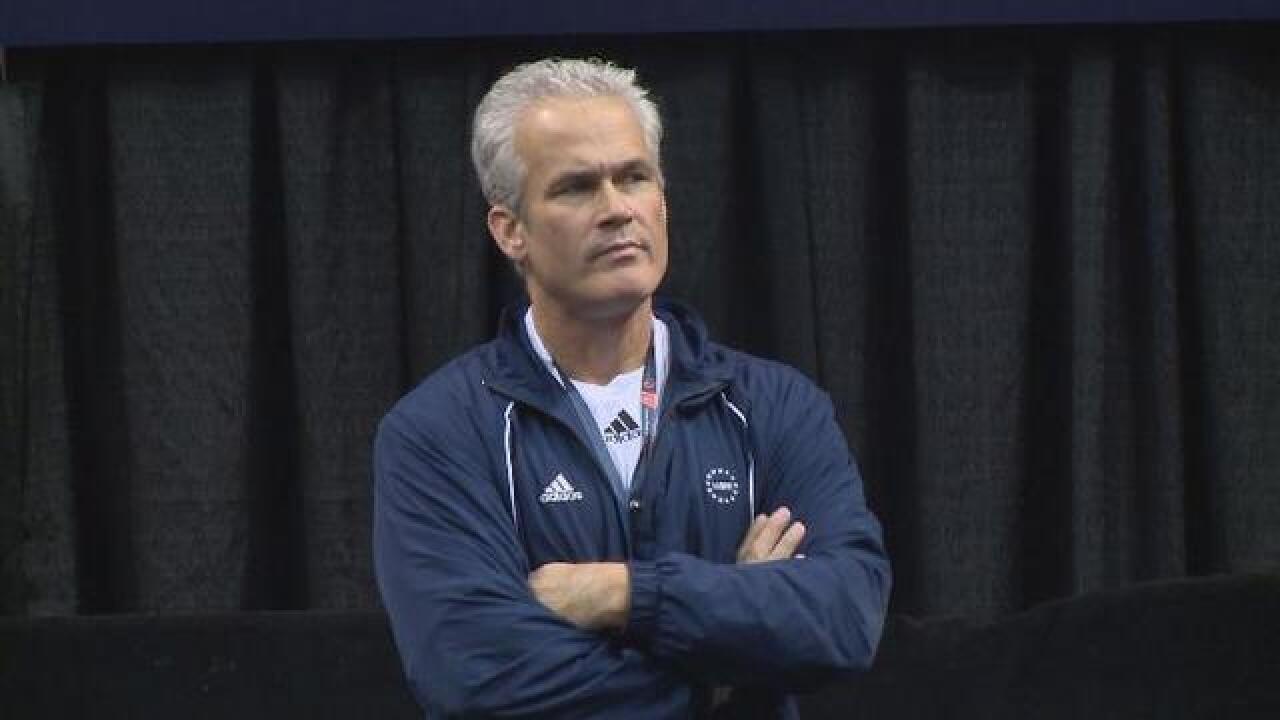 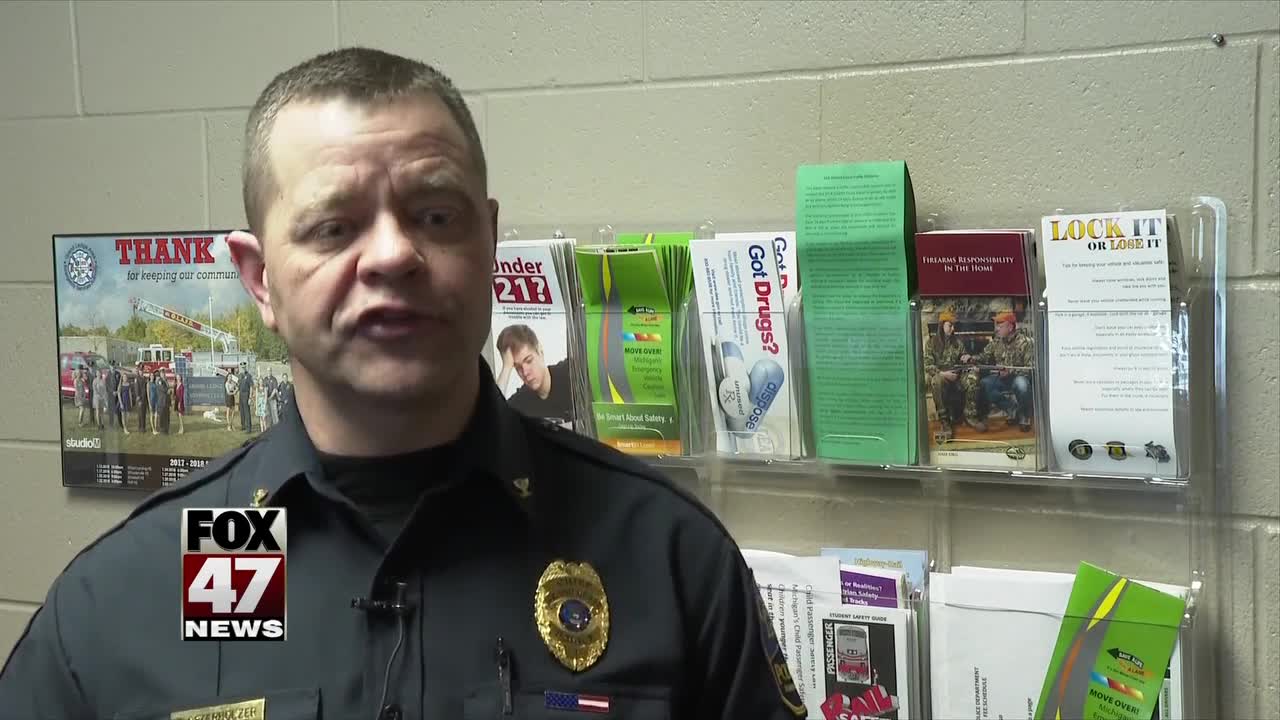 Grand Ledge Police were also at the home of Geddert as part of the investigation prior to the Twistars stop.

Chief Tom Osterholzer told Fox 47 that they were assisting in an investigation with the Attorney General's office. Osterholzer said they sent 2 cruisers and three officers to the scene.

"It's a common courtesy when you're going into another jurisdiction. It's also an officer safety thing so that we can provide uniform officers to be there when another agency makes contact with an individual in our jurisdiction. So whether it's a state or federal agency, we always work really well together so basically our part in this was very minimal," said Osterholze.

Fox 47 did reach out to Geddert for comment, but he did not answer his phone.

We contacted the Attorney General's office and they provided us with this statement.

“As part of its investigation into gymnastics coach John Geddert, Attorney General Dana Nessel’s prosecution team has – with the help of the Michigan State Police and the Grand Ledge Police Department – executed search warrants this morning on his residence and Twistars, his coaching facility," said Communications Director Kelly Rossman-McKinney.

"Geddert was a U.S. Olympics gymnastics coach who worked closely with Dr. Larry Nassar and at whose gymnastics club, Twistars, many of the Nassar victims were abused.”

Earlier on Tuesday, the AG's office told us that they "could not confirm or deny search warrants were being executed at his home and Twistars."

The Eaton County Sheriff's office told us that they received a call just after 7 a.m. on Tuesday, January 21, 2020, from the Attorney General's office asking for assistance from a police department at 800 Woodbury Drive in Grand Ledge.

They sent the request to the Grand Ledge Police Department. Eaton County spokesperson, Jerry Nesbitt said they didn't know why officials were being sent to Geddert's home.

“It was a surprise to us this morning,” Nesbitt said. Nesbitt said she’s not aware of any criminal charges for Geddert.

Fox 47 spoke to Geddert's attorney, Chris Bergstrom, who said he was also not aware of any charges. He declined to comment further.

“On behalf of the hundreds of Larry Nassar victims represented by our team, I applaud the actions of the Michigan Attorney General and the Grand Ledge Police Department. The search of John Geddert’s home and Twistars offices is long overdue. Geddert was the handpicked by USA Gymnastics, the USOPC and the Karolyis to coach our 2012 Olympic Team. Every member of the Fierce Five was sexually assaulted by Larry Nassar under his watch. It is now time for search warrants to be served on USA Gymnastics and the US Olympic and Paralympic Committee so that Nassar’s victims and the public will finally discover who within these organizations actively concealed Nassar’s crimes."

On Jan. 23, 2018, Geddert confirmed with families of gymnasts he coached that he had retired. The news came in the form of an email that was made public just hours after USA Gymnastics suspended his membership.

He also founded and managed Twistars in Dimondale, Michigan, a gym where Nassar molested athletes. Geddert is no longer listed as owner on the Twistars website.

During Nassar’s sentencings, some victims complained that Geddert was physically abusive and indifferent to injuries, and forced them to see Nassar. He has insisted that he had “zero knowledge” of Nassar’s crimes.

In March of 2018, Twistars filed a motion to dismiss the lawsuit against them related to Larry Nassar.

The motion claimed that John Geddert and Twistars were wrongly accused and that Geddert didn't know of Nassar's abuse until after Nassar was arrested.

"Mr. Geddert was simply one individual in an extraordinarily long line of people who were duped," attorneys wrote in the motion.

The motion claims the statute of limitations for most of the claims against Twistars and John Geddert have run out. It also claims that neither John Geddert nor Twistars were mandatory reporters under Michigan law.

One of the gymnasts who trained at Twistars spent a large part of her impact statement during Nassar's trial on the abuse she claims to have suffered by Geddert.

Makayla Thrush, who spoke in the Nassar sentencing hearing of January 2018, detailed both emotional and physical abuse of Geddert.

She claims Geddert ended her career when he threw her on the low bar and even told her to kill herself several times.

"Do you remember the time you got so mad at me? I don't even know why that's just who you are. You threw me on top of the low bar, ruptured the lymph nodes in my neck, gave me a black eye, and tore the muscles in my stomach. You told me to kill myself not just once but many other times, and unfortunately, I let you get the best of me because after you ended my career I tried. John you never even called me by my first name," said Thrush.

Thrush then went on to say that Geddert would make her and other gymnasts scrub the bathroom floor with their toothbrush if he caught them eating anything he didn't approve of.

He was not facing any criminal charges at that time.