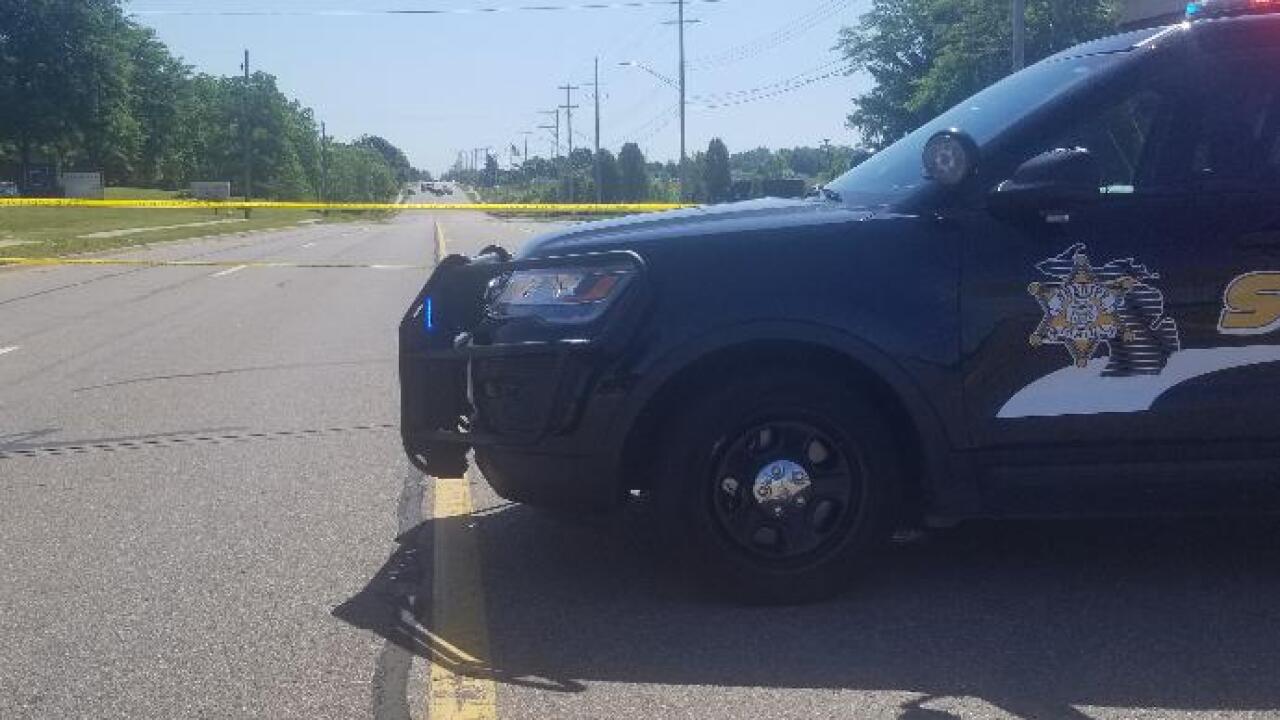 DELTA TOWNSHIP, Mich. — Police have identified the victim of a shooting in Delta Township earlier this week.

The victim has been identified as Ronnie Holmes, 26, of Walker.

Police confirmed to Fox 47 the Delta Township shooter pointed a handgun at multiple people. Over 10 people called 911. The CPL holder stated he was on his was to go golfing when he encountered the man with the gun. Detectives since Tuesday morning have contacted and met with the family of the deceased.

The Eaton County Sheriff's Office confirmed Monday a 26-year-old man, Holmes, died after shooting his handgun in the air and pointing it at passersby while walking in the middle of a highway.

The incident occurred about 8:25 a.m. in the middle of the 6500 block of West Saginaw Highway when the county's 911 Central Dispatch received multiple reports of the man firing shots. Over 10 people called 911.

Sheriff's deputies arrived at the scene to find a black male dressed in a black hooded sweatshirt and jeans lying in the middle of the highway with apparent gunshot wounds. EMS crews pronounced him dead at the scene.

A handgun was found next to the man's body.

The sheriff's office's investigation indicates Holmes was shot by a 22-year-old Delta Township resident and licensed CPL holder who saw the violent disturbance while traveling east on Saginaw near Brookside Drive.

Reports indicate the Holmes pointed a handgun at the resident. Police said the resident fired his pistol at Holmes from his vehicle, striking him. Holmes fell in the roadway, reports say.

Eaton County Sheriff Tom Reich told Fox 47 the resident has been cooperative in the investigation.

West Saginaw Highway from Creyts to Canal roads was closed to traffic most of Monday morning and reopened about 12:30 p.m.

At around 11 a.m. police were seen gathering near Champion Chrysler Jeep Dodge Ram, just west of the Saginaw-Creyts intersection.

A message posted around 9 a.m. on Eaton County 911's Facebook page said Saginaw was closed between Creyts and Starkweather Drive.

The area of Creyts and Starkweather is east of Horrocks Farm Market.