Police asking for help finding whoever moved a stop sign 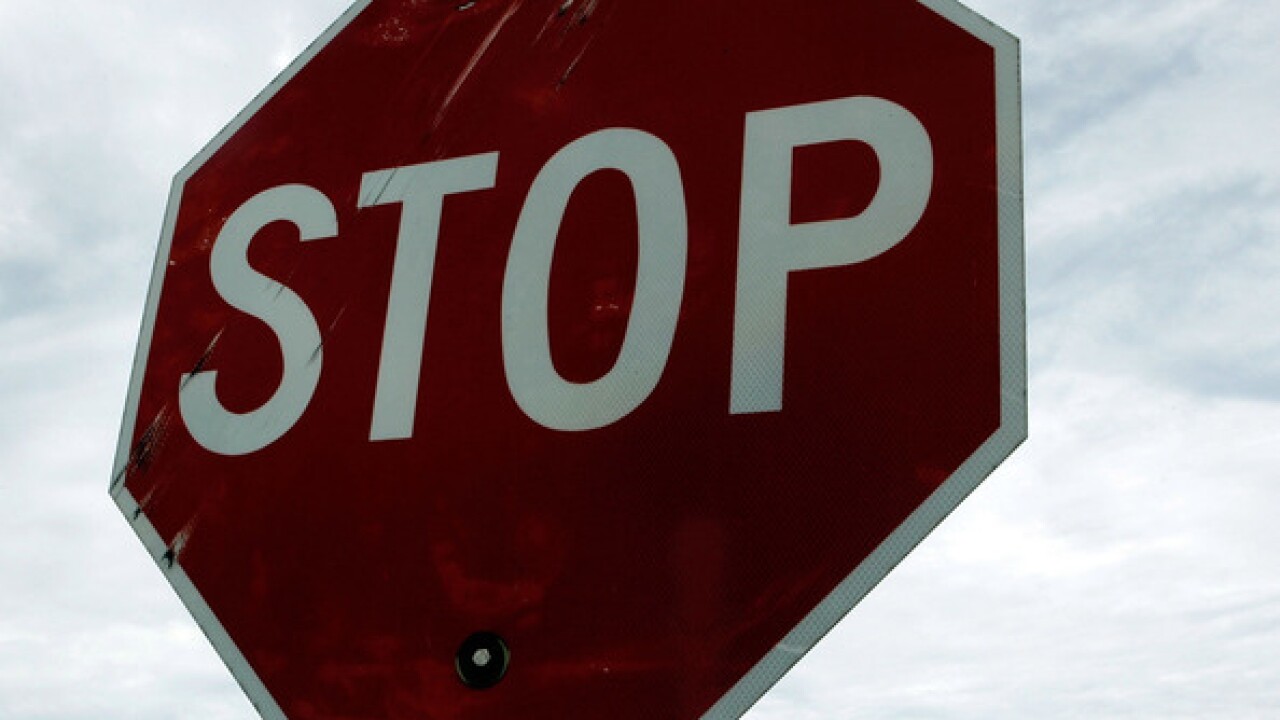 2009 Getty Images
Eliot J. Schechter
<p>CAPE CANAVERAL, FL - AUGUST 26: A stop sign is seen near the Space Shuttle Discovery as it sits on launch pad 39-A after its launch was scrub due to trouble with a liquid hydrogen fill and drain valve on August 26, 2009 in Cape Canaveral, Florida. The launch of the shuttle to the international space station has been rescheduled for Friday morning if the valve can be fixed. (Photo by Eliot J. Schechter/Getty Images)</p>

The Shiawassee County Sheriff's Office says an accident that left a boy injured could have been prevented if someone had not removed the stop sign from the intersection where the crash happened.

The stop sign was at the intersection of Reed and East roads, west of the village of New Lothrop, just northeast of Owosso.

The Shiawassee County Sheriff's Office says a car failed to stop at the intersection and hit another car because the stop sign was removed.

A young boy riding in the passenger seat of one of those vehicles suffered life-threatening injuries as a result of the crash and had to be rushed into surgery.

Deputies found the sign in a ditch several miles away. The sign was secured as evidence and was swabbed for DNA, police said.

If you have any information related to this crime, give the Shiawassee County Sheriff's Office a call at 989-720-TIPS.