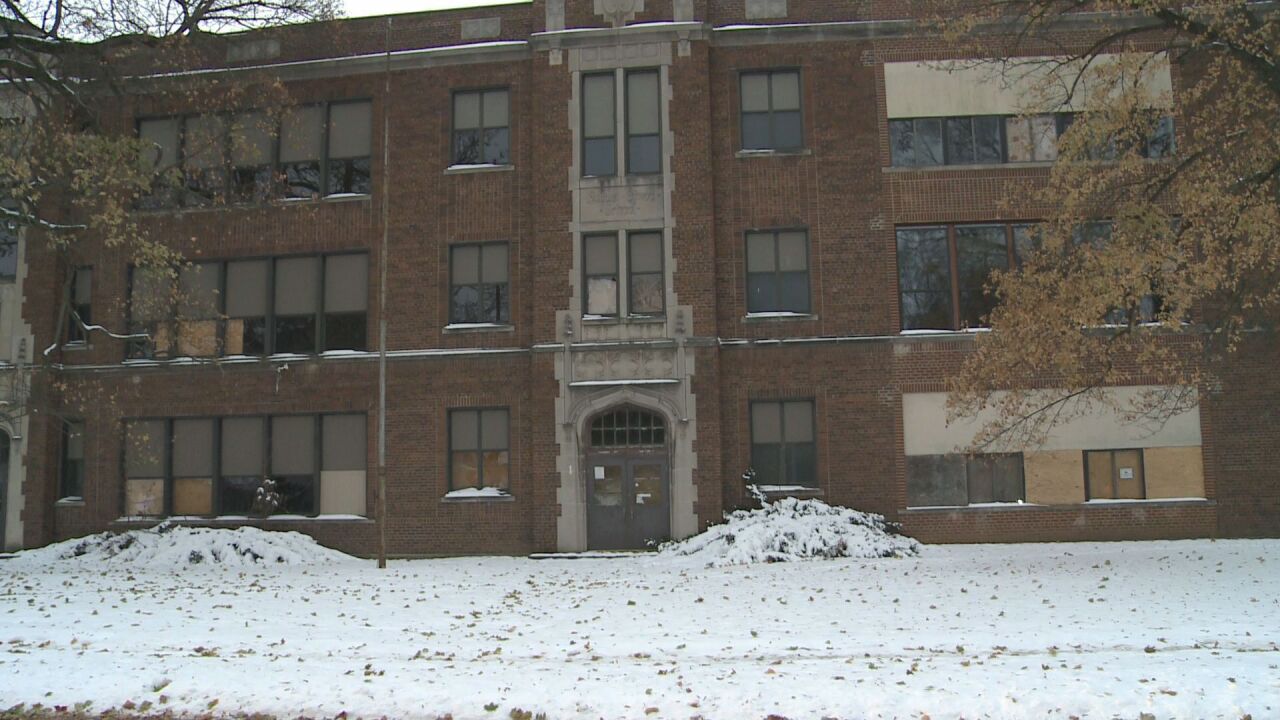 LANSING, Mich. — Plans are underway to revitalize an old, vacant school in Lansing.

The project will turn old classrooms into new bedrooms, kitchens and living rooms.

The former school has been abandoned for over a decade and it's going to take a lot of work to bring it back to life.

"It's kind of an inconvenience sometimes because there's people that would just stick on the porch and kind of hide in the background, and you don't know what's going on like drugs or something inappropriate," said Kelsey Harold, east side resident.

There's no functional heating, plumbing or electrical systems and the interior is plagued with water damage.

"Broken windows and people always afraid that there were kids, you know, getting into it and causing mischief," Mayor Andy Schor said.

After years of failed rehab proposals, a new project is surfacing.

From classrooms to apartment units, the building will be renovated to serve a new purpose in the Potter-Walsh community.

"It's always nice to be able to renovate existing properties. You know it was the Holmes Street School. A lot of people remember that," Schor said.

The $2.2 million project is being led by Dymaxion Development through the Obsolete Properties Rehabilitation Act. Developers plan to transform the building into studio and one bedroom apartments.

"We're excited that there's going to be some housing in that school. I think about 40 units. It's a school that's needed rehab for quite some time," Schor said.

Residents are welcoming the project in hopes that it brings a resurgence to the neighborhood.

"It's good to have more new and upcoming things coming in the neighborhood and making it more of somewhere someone wants to live," Harold said.

The project proposal will be submitted to the State Commission for final approval. Construction is expected to start next year.