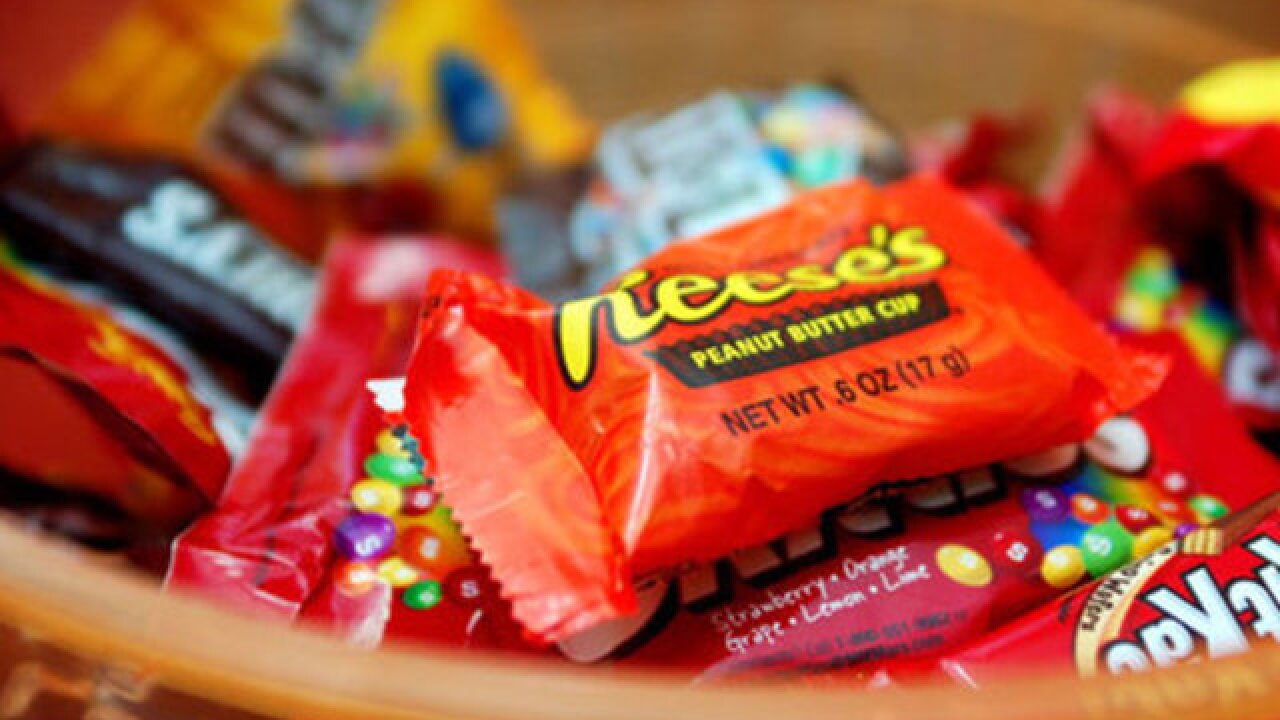 MOST IMPORTANT is to advise children not to eat candy collected until you inspect it. Throw away any candy that is not properly wrapped. Also, a good meal prior to parties and trick-or-treating will discourage youngsters from filling up on Halloween treats.

LANSING, Mich. — Going trick or treating is a Halloween tradition, but some parents in Jackson are looking for alternatives.

Fox 47's Kylie Khan spoke with some who say they're afraid to let their kids go outside.

For Tina Sanderlin, a mother in Jackson, being afraid is not just a Halloween feeling.

"Everything is just getting scary out here. Me and everybody else thinks it's becoming more and more like Detroit every day," Sanderlin said.

That's why she and her children won't be trick or treating in Jackson this year.

"Our plans are to drive as far away from Jackson as possible to go trick-or-treating," she said.

Another Jackson mom who wanted to stay anonymous still plans to celebrate the holiday.

She said her kids will go out, but not too far.

"My husband will take them right around this area where they live and that's it," she said.

These parents are afraid to let their kids walk around Jackson neighborhoods not just at Halloween, but all year long.

"You have shootings all around. It just sucks. We don't even let the kids go outside and play. They stay in our backyard if they go anywhere," a mother said.

In a Facebook post, many others suggested going to cities outside of Jackson or going to trunk or treat events. This is the YMCA's 15th year hosting theirs.

"We really wanted to have a safe place for kids to come and trick or treat in downtown Jackson. So that was the initial reason that we started our trunk or treat event," said Megan Hunt, of the Jackson YMCA.

And it's been extremely popular. They're expecting at least 1,000 kids.

"You're in an area that is being watched by our Y staff is out there helping, as well. So we have volunteers and staff who help in this event. It's safe and it's busy and there's a lot of people around," Hunt said.

The YMCA is looking for volunteers to donate candy. They also give away hats and mittens during Trunk or Treat.

Lansing will also be hosting a trunk or treat Thursday. For more information on that, click here.