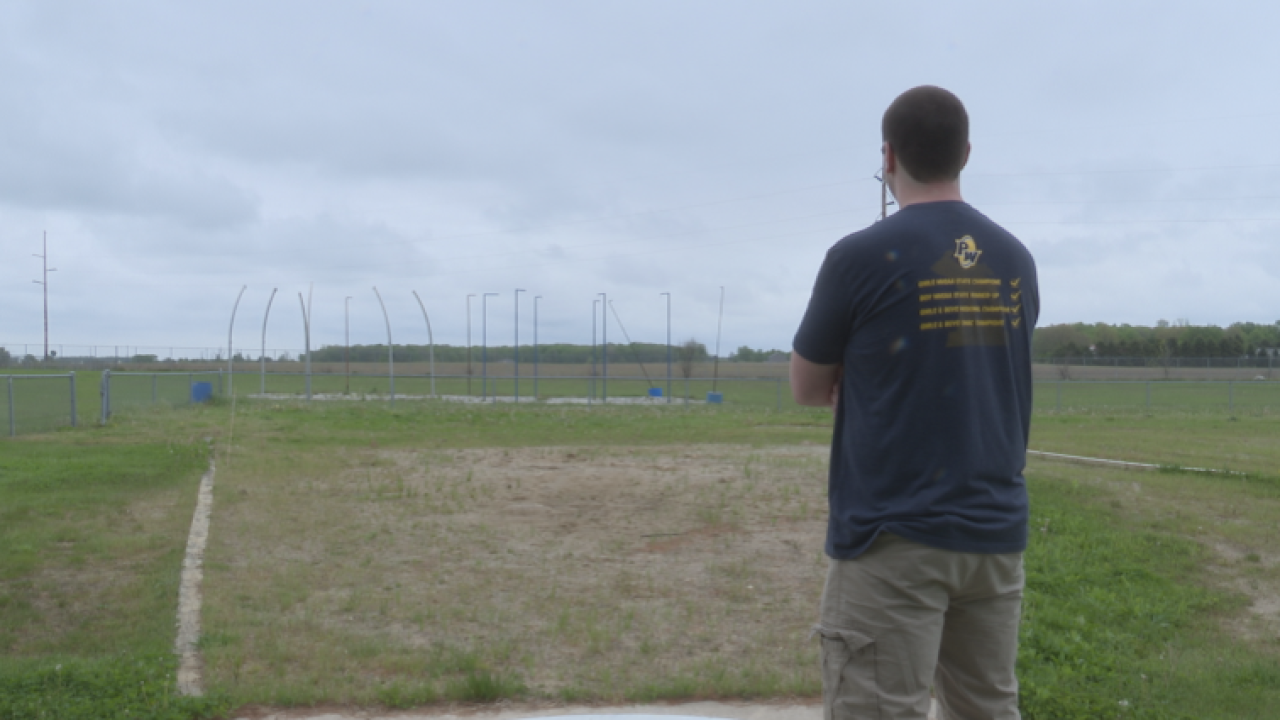 PEWAMO-WESTPHALIA, Mich. — Nathan Spitzley had it all figured out. The former state runner up in shot-Put at Pewamo-Westphalia was set to continue his career up at Central Michigan University.

But he never saw the coronavirus pandemic taking that all away from him.

"I was kind of at a loss for words...I didn't really believe it at first," he said, after hearing that the school was losing its Men's Track and Field program.

Spitzley said he was excited to become a Chippewa; Central Michigan had everything he was looking for.

"I really liked the team chemistry there, and it's not very far from my home," Spitzley said. "I'm a home-body, so it's nice to be able to be that close."

Spitzley, who also threw discus, was CMU's number one recruit.

"Coach Saenz was a big part of that too. He saw the potential I had as a thrower. He told me straight up that I have small legs and that if we could make them bigger, it would help me throw better," said Spitzley.

For Spitzley, runner up in the state was only the beginning.

He had high expectations that he planned on meeting in college.

"By my junior year, I wanted to qualify for NCAA's, and maybe have a chance for the USA meet by like my senior year and beyond," he said.

Central isn't off the table; he could study there on scholarship; but more doors have opened for Spitzley.

"I've taken time to think about all my options," he said. "I've had a couple coaches reach out to me so far."

Spitzley says he's thankful to have his coach's support wherever his career takes him.

Despite everything that's going on, Spitzley says he's not giving up, and that the loss of his scholarship has made him want to pursue his career even more.

In addition to throwing, he says he wants to study Engineering or Biological Sciences.