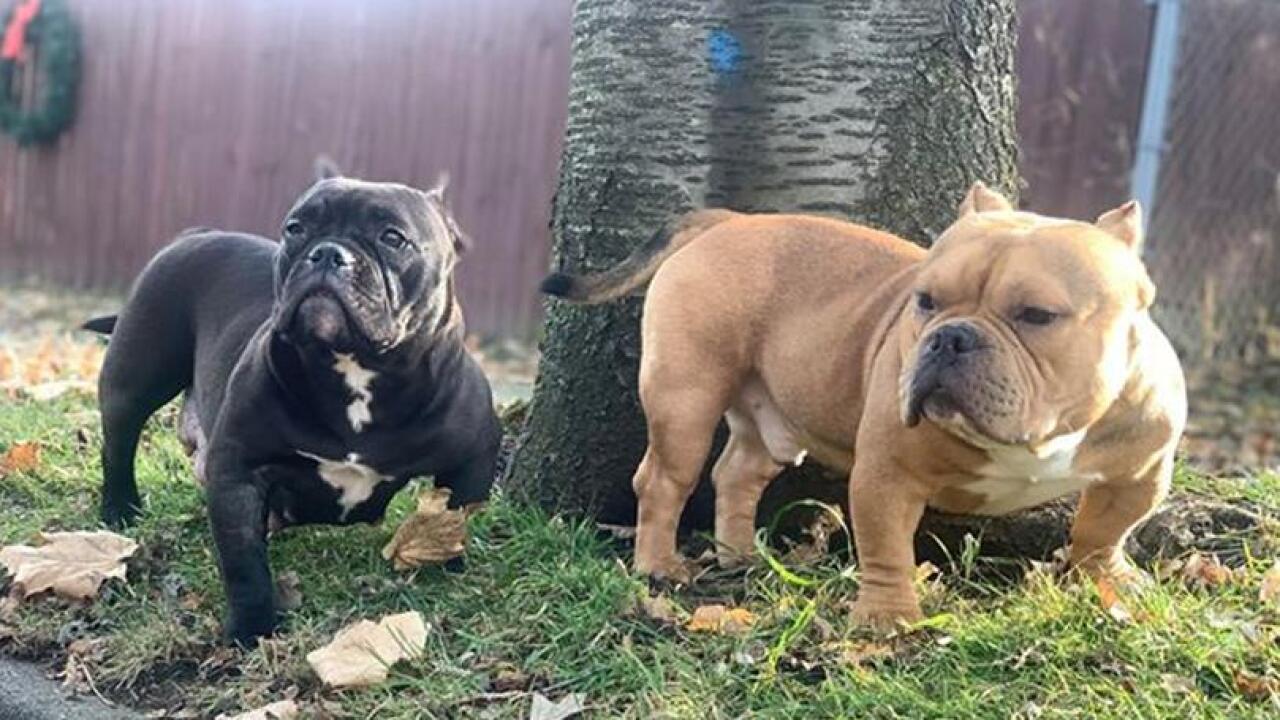 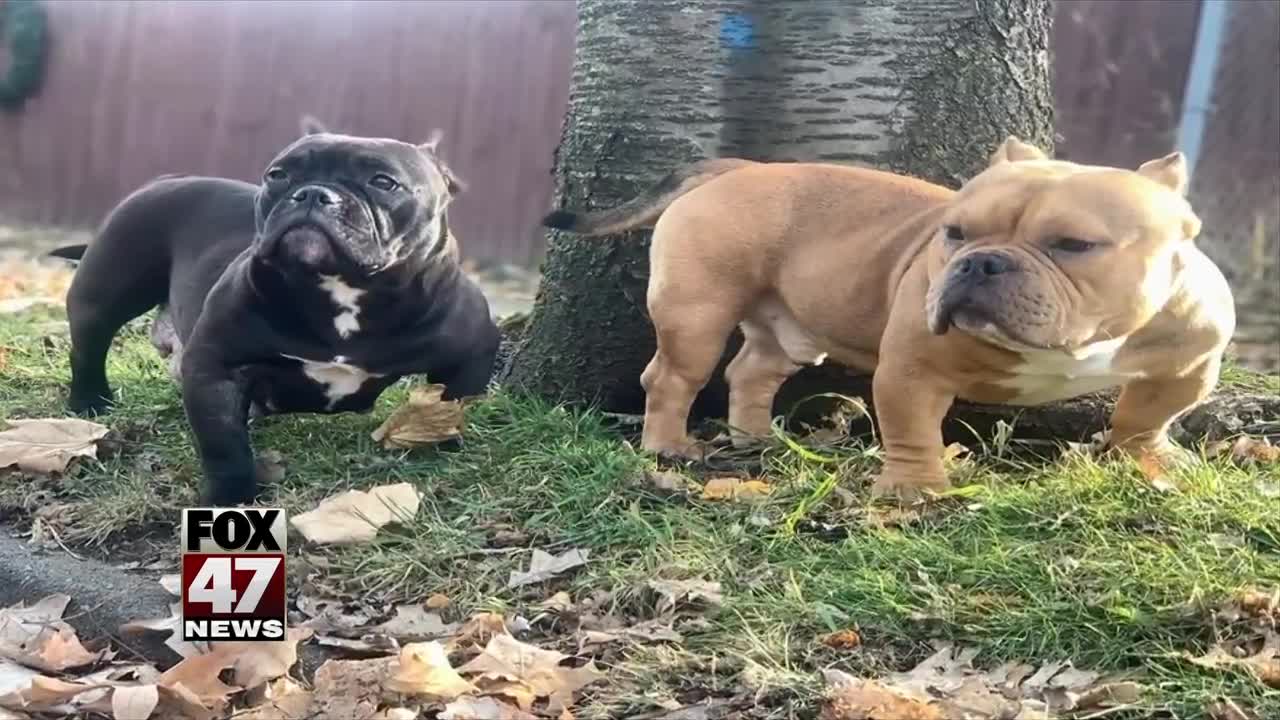 LANSING, Mich. — Fox 47 is getting to the bottom of these two Micro Mini Bully's who are missing.

Their owner says they have been missing since the weekend and it's not like them to stray.

They were last seen around Lowcroft and Rouse in Lansing.

The owner said the last time he saw the dogs was when he let them outside to use the bathroom. He posted about the lost dogs on Facebook and neighbors commented that they've seen two men walking the dogs in the area.

"I just want my kids home," Steven, the owner, said.

One dog is a mom and still weaning puppies, so finding them is important to the owner.

"They need the mom bad. We were all out here last night looking until 2 in the morning. I just hope they're warm," Steven said.

The dogs stand less than a foot tall and are typically sold for more than $1,000. This pair, in particular, are show dogs.

They've been to shows already out of state and stuff like that. We just go on like a family trip, take them to a show, do it as a family," Steven said.

A reward is being offered.

"Hopefully they're together still and warm and safe," Steven said.

Steven said the dogs were not wearing collars because they typically stay inside.

Lansing Police told Fox 47 that anyone can file a police report on anything that is confirmed stolen, including dogs.