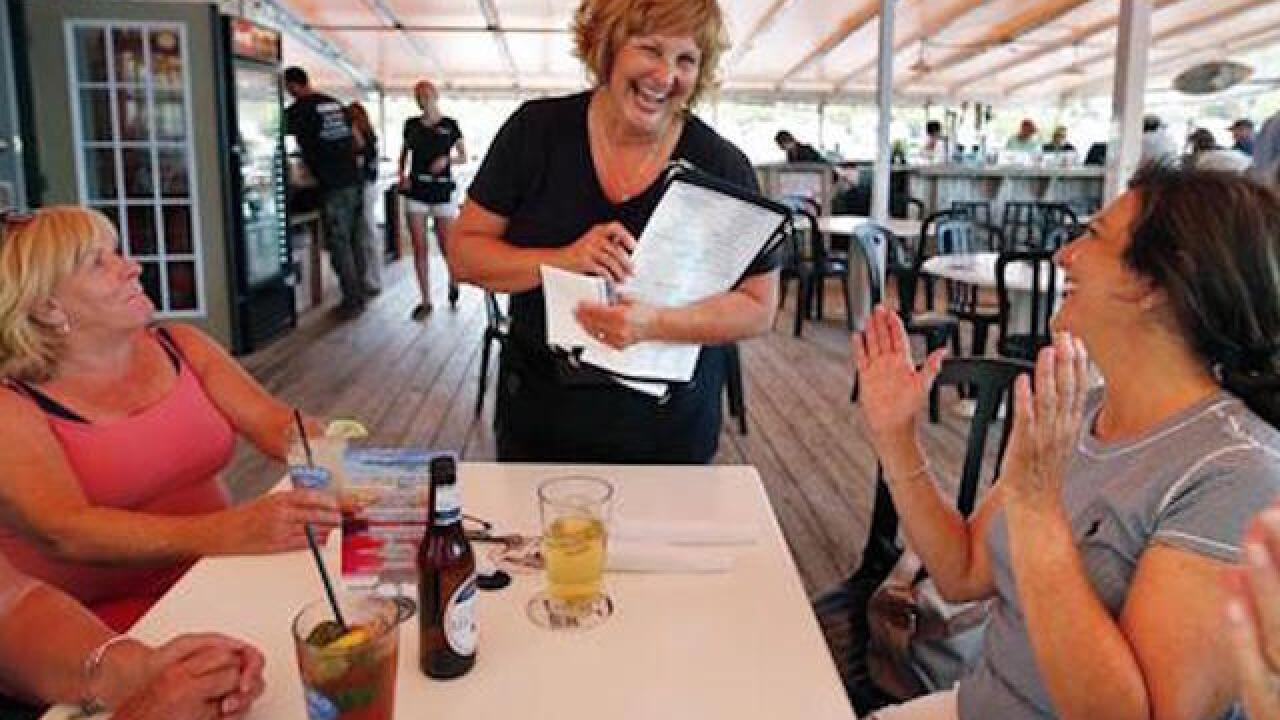 LANSING, Mich. — Today the One Fair Wage campaign announces the launch of a massive online fundraising effort to support an emergency fund for tipped workers and service workers across the country suffering unprecedented economic hardship in the face of the global coronavirus pandemic, as restaurants and other establishments close nationwide. The fund will provide free, cash assistance to restaurant workers, delivery drivers and other tipped workers and service workers who were already struggling financially and are bearing the economic brunt of this crisis.

Nationwide, many service workers are paid the federal sub-minimum wage of just $2.13 — which hasn’t been increased in almost three decades. Seven states have moved to One Fair Wage with tips on top, but everywhere else in America, restaurant workers and other tipped workers rely on tips to feed their families and pay their bills. Which means they can’t afford to not work, even when they’re sick. And if Americans stop eating out and using other services, tipped workers don’t get paid.

“This global health crisis for all of us is also an acute economic crisis for tipped workers and service workers,” said Saru Jayaraman, co-founder and president of One Fair Wage. “These are the workers who have trouble making ends meet in good times. In hard times like this, they need our help.”

“We’re hoping to raise as much money as possible to give as many workers as possible cash assistance of $213,” said Jayaraman. “We chose that amount as a nod to the horrific $2.13 federal sub-minimum wage for tipped workers.” Jayaraman noted that in addition to supporting the One Fair Wage Emergency Fund, the organization is calling on Americans to demand the federal government and every state end the sub-minimum wage and adopt One Fair Wage — not just in this crisis, but permanently.

Recently, One Fair Wage released a white paper [bit.ly] and public letter [docs.google.com] directed at New York Governor Andrew Cuomo, authored by leading doctors and epidemiologists showing that One Fair Wage is a critical tool for combatting coronavirus spread, because it allows service workers to afford to stay home when they are sick. This is in addition to previous research that shows workers paid a sub-minimum wage are subject to higher rates of poverty and sexual harassment.

"I've been a tipped restaurant worker for 20 years, struggling to make ends meet on a subminimum wage plus the fluctuations of tips. Tips have been really low over the past week, and now they're shutting down restaurants in NY and across the country. Unemployment insurance is not enough for tipped workers, whose income is valued by a subminimum wage. This fund could save lives right now," said Damani Varnado, New York City tipped restaurant worker.

Information about how to donate to the One Fair Wage Emergency Fund, as well as the form for affected workers to apply for assistance, is available at https://OFWemergencyfund.org/ [ofwemergencyfund.org]. Eligible workers will be screened in phone interviews with One Fair Wage staff and any additional unused funds will be spent on tipped worker organizing and advocacy. The One Fair Wage campaign is a fiscally sponsored project of the Seattle-based Alliance for a Just Society, which is administering the tax-deductible 501(c)3 donations.