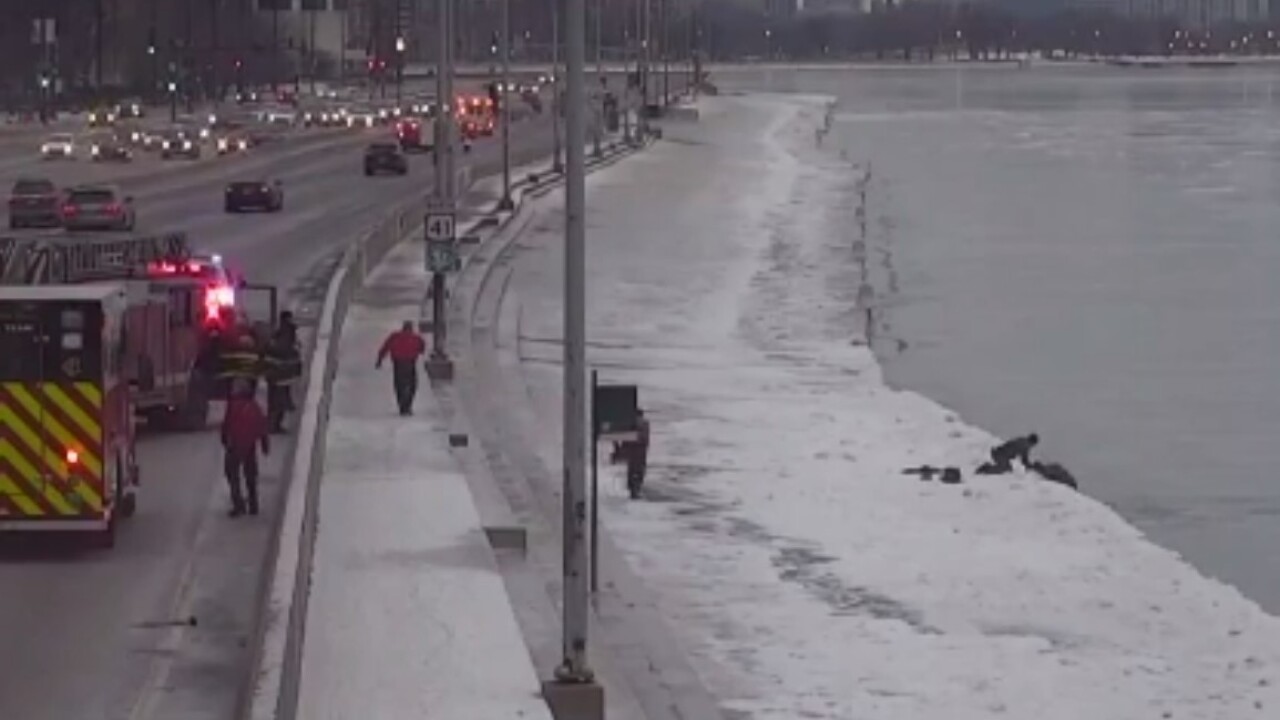 An eyewitness, who saw the man struggling in the water, called first responders.

SWAT officers were first on the scene followed by the fire department in addition to marine officers in scuba gear.

The two SWAT team members were able to get the man out of the water without having to dive in.

The man was transported to Northwestern Memorial Hospital in critical condition.

The Chicago Police Department thanked the witness on twitter for making the call to first responders.

The entire incident was caught on camera and posted on the Chicago Police Department's Facebook page.