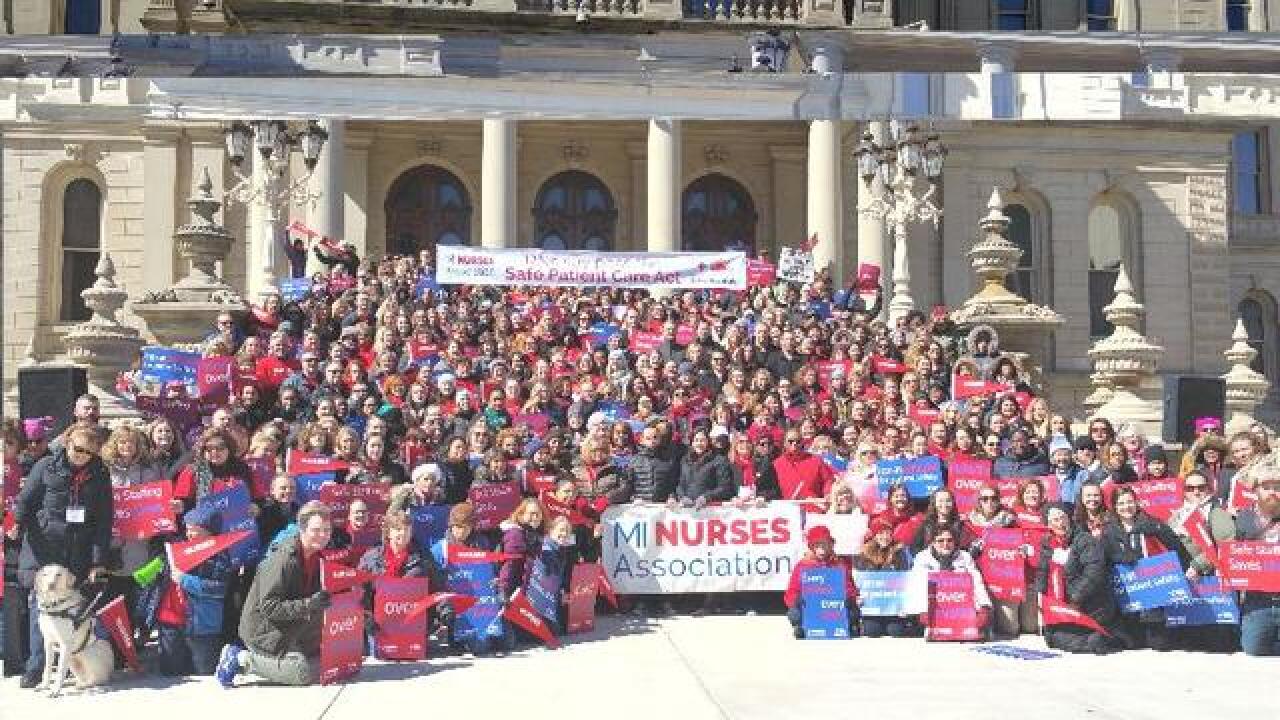 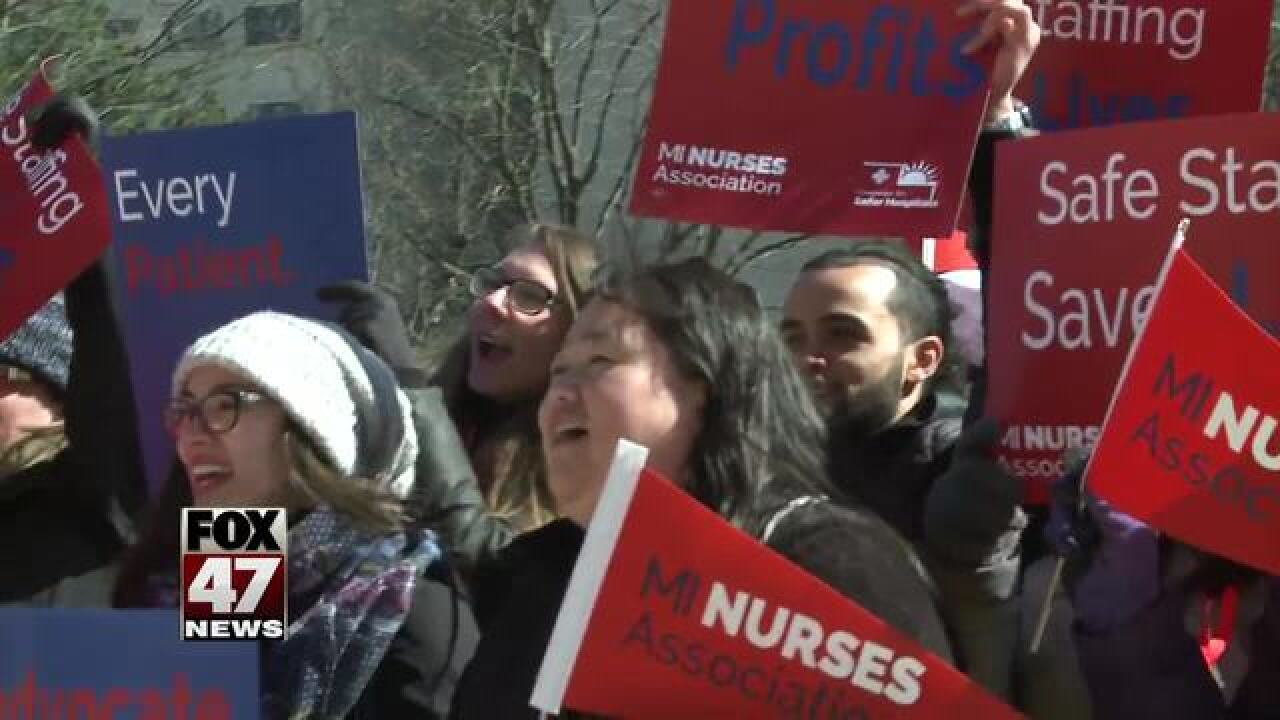 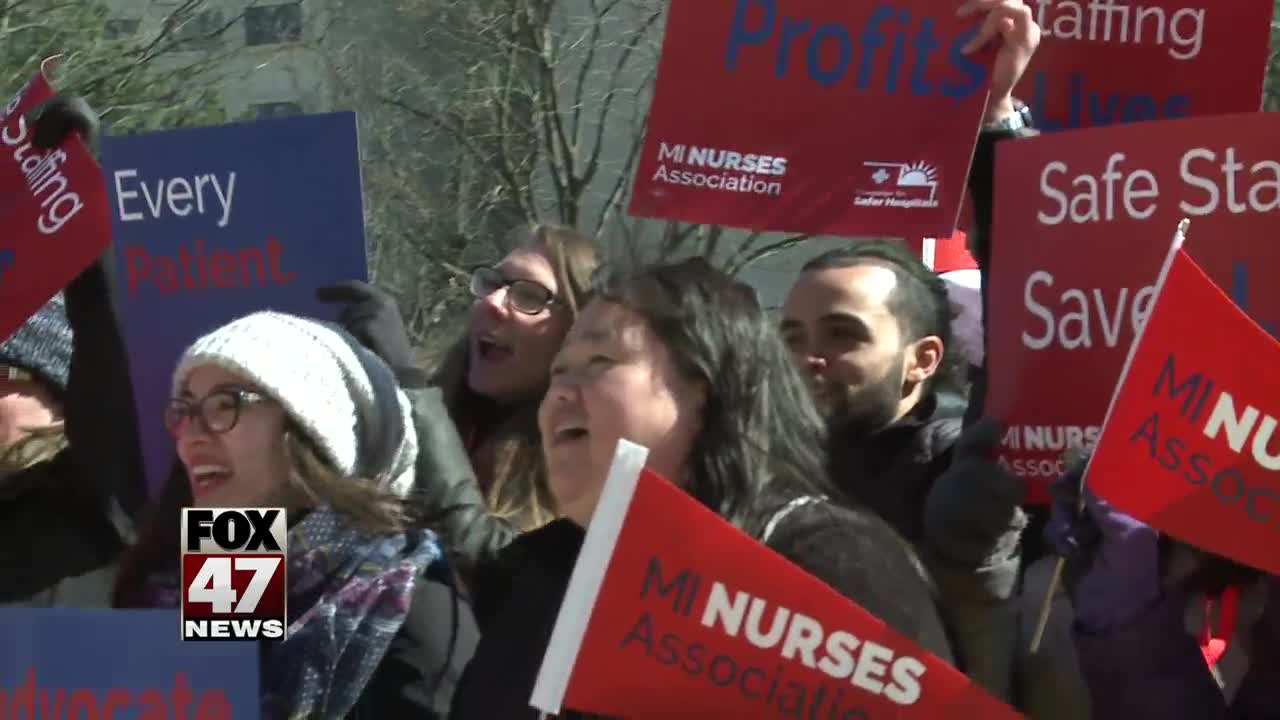 Hundreds of nurses marched from the Lansing Center to the State Capitol Wednesday in an effort to get the state's attention.

Katie Scott is an Infection Control Nurse from Ann Arbor.

She is concerned about the safety of nurses and their patients.

"The situations are heartbreaking," she said.

Scott says many nurses are so overworked that they're left with incredibly difficult choices.

Scott says she's thinks about the man every night.

But Scott is not alone, she's one of hundreds of nurses who participated in the rally asking the legislature to set a nurse-to-patient ratio to prevent hospital staff from being overworked.

But nurses want something that covers all hospitals, that is why they want the Safe Patient Care Act reintroduced.

Another nurse from Ann Arbor, Heather Roe says this is not what she signed up for.

"I signed up to help patients and provide quality care," Roe states.

Care the hospitals say they can provide without a new law being passed.