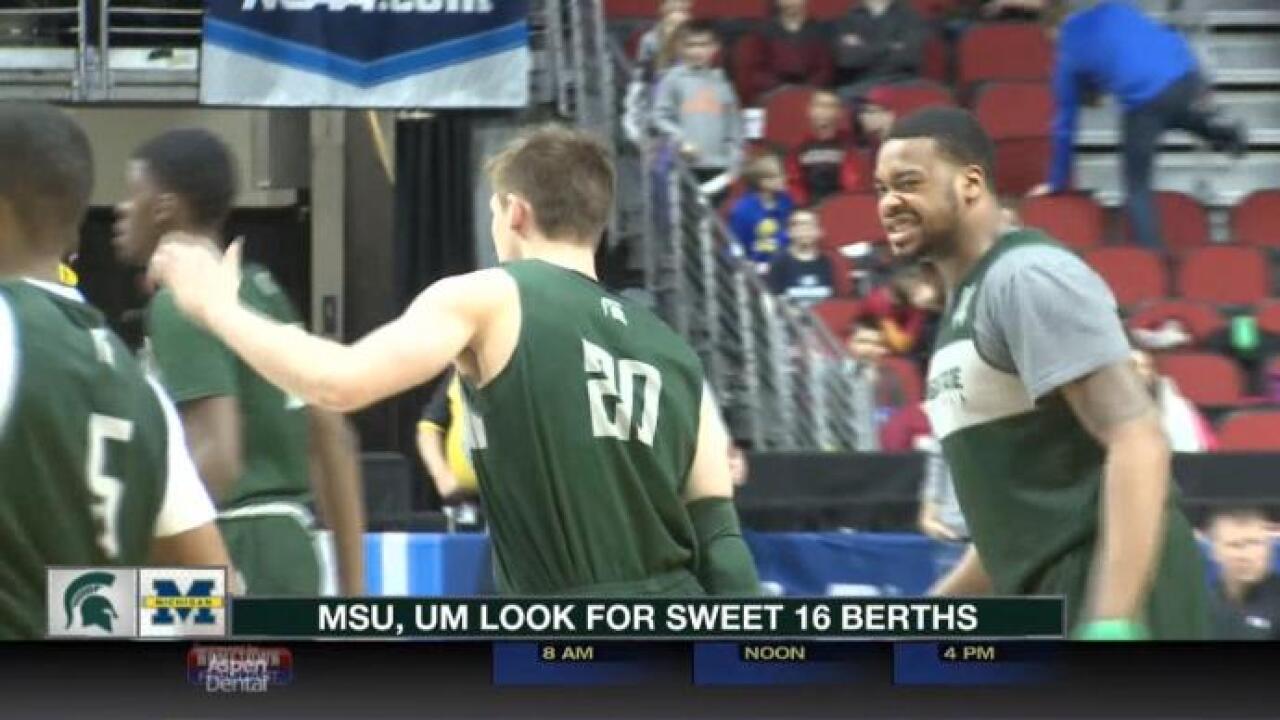 WASHINGTON DC — The Spartans are about 26-hours away from their Sweet Sixteen match-up against Louisiana State, but their time spent before the game isn't all x's and o's.

There's a chance that being part of a nationally ranked basketball program in the middle of its deepest NCAA Tournament run in 4 years can take a toll on the Michigan State basketball team...

But that doesn't mean that there's no room for fun on the "March to Minneapolis..."

MSU freshman guard Jack Hoiberg told FOX 47 News's Kellan Buddy that
"the locker room is always intense and we have to find a way to keep it light."

While local and national media capture the thoughts of star Spartans ahead of Michigan State's Sweet Sixteen match-up against LSU, Jack Hoiberg and Conner George capture everything else.

Conner George is a junior guard at MSU. He said, "Last week we didn't get asked any questions, so we figured we might make a vlog."

"We call it the Connor and Jack Chronicles."

They're in production of part 2...part 1 didn't have as much planning.

"We kind of thought about this after the win on Saturday."

In basketball, you've got to stay on your toes, Conner and Jack make sure the same is true in the locker room with segments like sneak attack questions.

Aaron Henry, a freshman forward said, "I wasn't expecting it, I was getting dressed, but it's cool. It's who Jack and CG are, it's well-expected from them."

But Henry says...they could use some help.

"They've got to come with some harder stuff, if they want some advice on what they should ask, I'll be the guy. We'll be coming soon with more questions."

And whether or not Tom Izzo knows about the Conner and Jack Chronicles...the directors aren't worried about a delayed release.

Conner and Jack - just like plenty of Spartan fans - are hopeful their team can make it to Minneapolis, so they can cut down the nets and make more content.