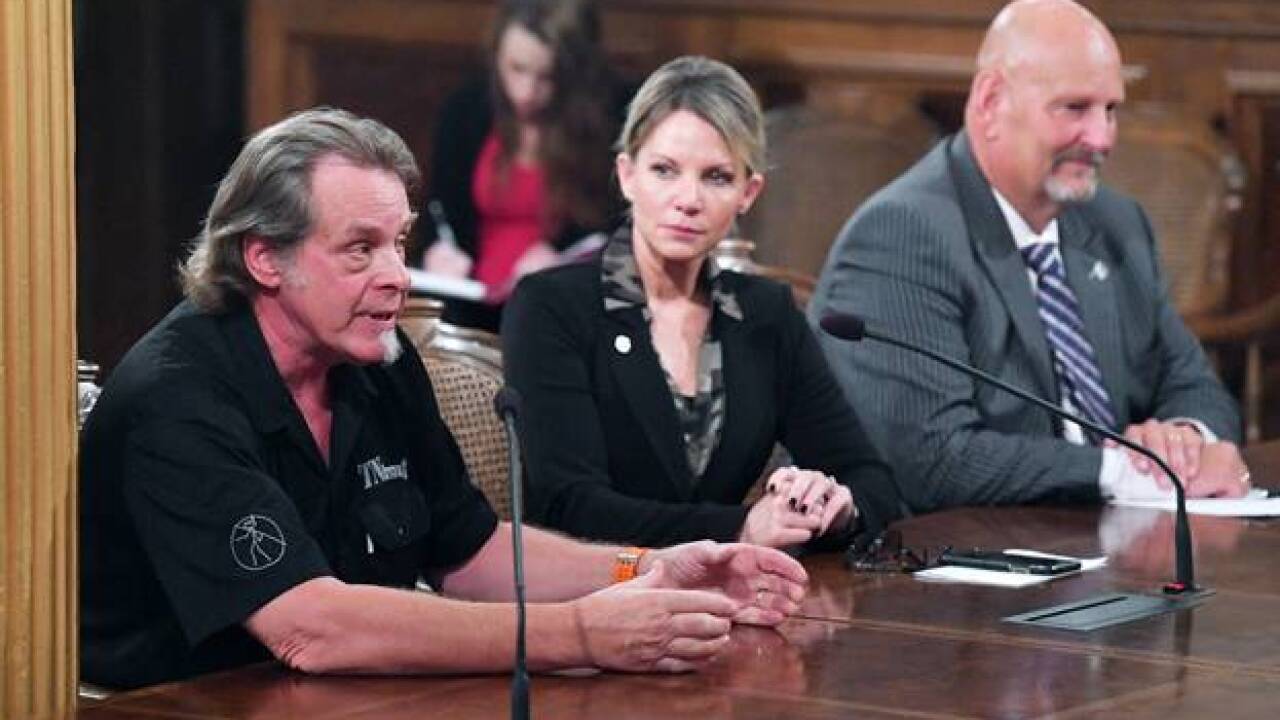 LANSING, Mich. — Ted Nugent, the rocker and avid hunter, is speaking out in support of legislation that would reverse a ban on deer and elk baiting in Michigan.

Nugent told lawmakers Tuesday that a ban won't stop deer from "swapping spit." He says they eat from the same trees and plants.

The Michigan Natural Resources Commission has banned baits, such as corn or vegetables, in the Lower Peninsula and some areas of the Upper Peninsula to prevent the spread of chronic wasting disease. But a bill sponsored by Republican Rep. Michele Hoitenga of Wexford County would erase the prohibition.