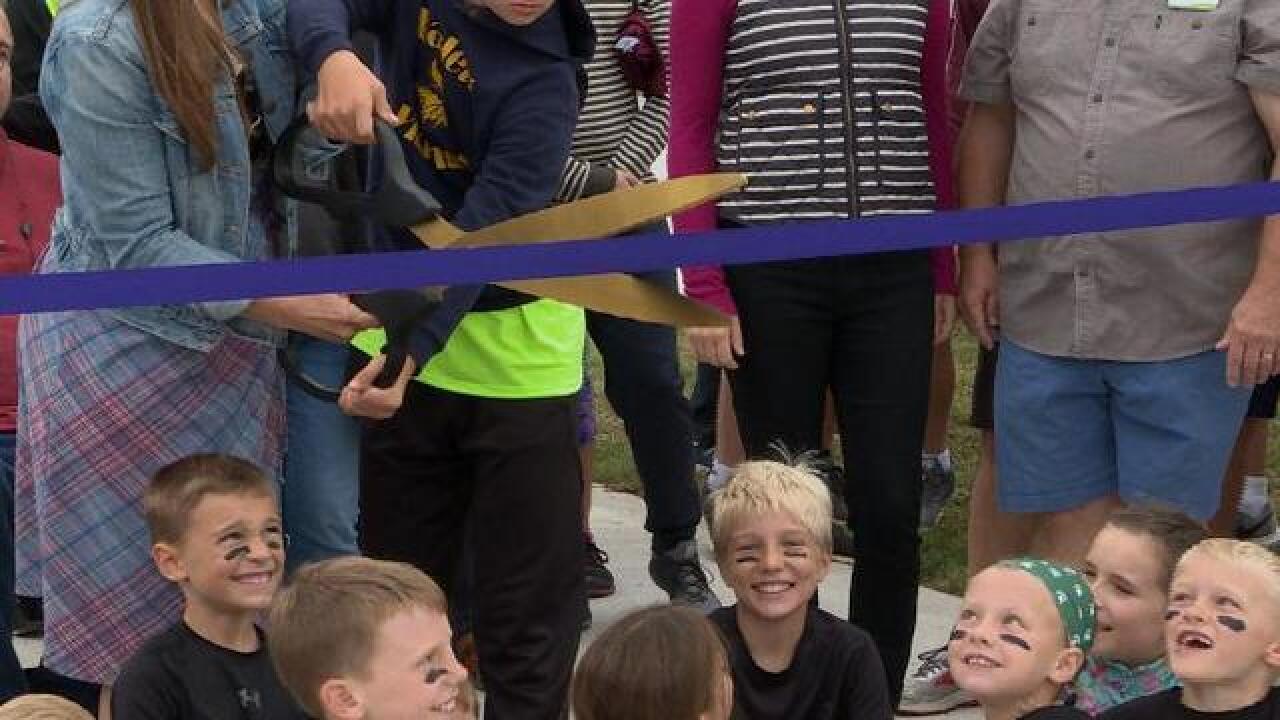 It was a special day in Haslett, as the new Towner Road Park celebrated its grand opening.

Hundreds attended the ribbon cutting, which was followed by a Kickball tournament, in place to honor more than a new park.

"The whole community is here, and they're supporting my son...my son. and there are no words for it," said Shane Goodale, Will's father.

Growing up, Will had always wanted to be a police officer. Agencies from the Michigan State Police, Meridian Township Police and more participated in the tournament, which raises scholarship funds for kids looking to pursue a career in Law Enforcement.

"I've always wanted to be a police officer, I'm happy to be here, and happy to support the cause here," said Michigan State Police Trooper Calvin Harshman. "I know that a lot of kids want to be police officers, I know police get a bad reputation sometimes, but we love being out here with the community, and helping out any way we can, whenever we get a chance to."

The Kickball tournament is just one of the events held by the foundation and if he were to be on hand, most likely carrying his team to a tournament championship, the day would have gone exactly how Will would have planned it.

"I think he's happy,' said Will's mother Ronda. "He's probably thinking, 'Mom and Dad, you did good.' He would have been out here playing to, and it's just a great day, and a fun thing to do out here with everybody."

"He loved life, and he would try to express that to others, to love life.

And part of kickball is how he expressed that," father Shane added.

Learn more about the Will Goodale Memorial Foundation in two past Morning Blend Segments that happened earlier this month!