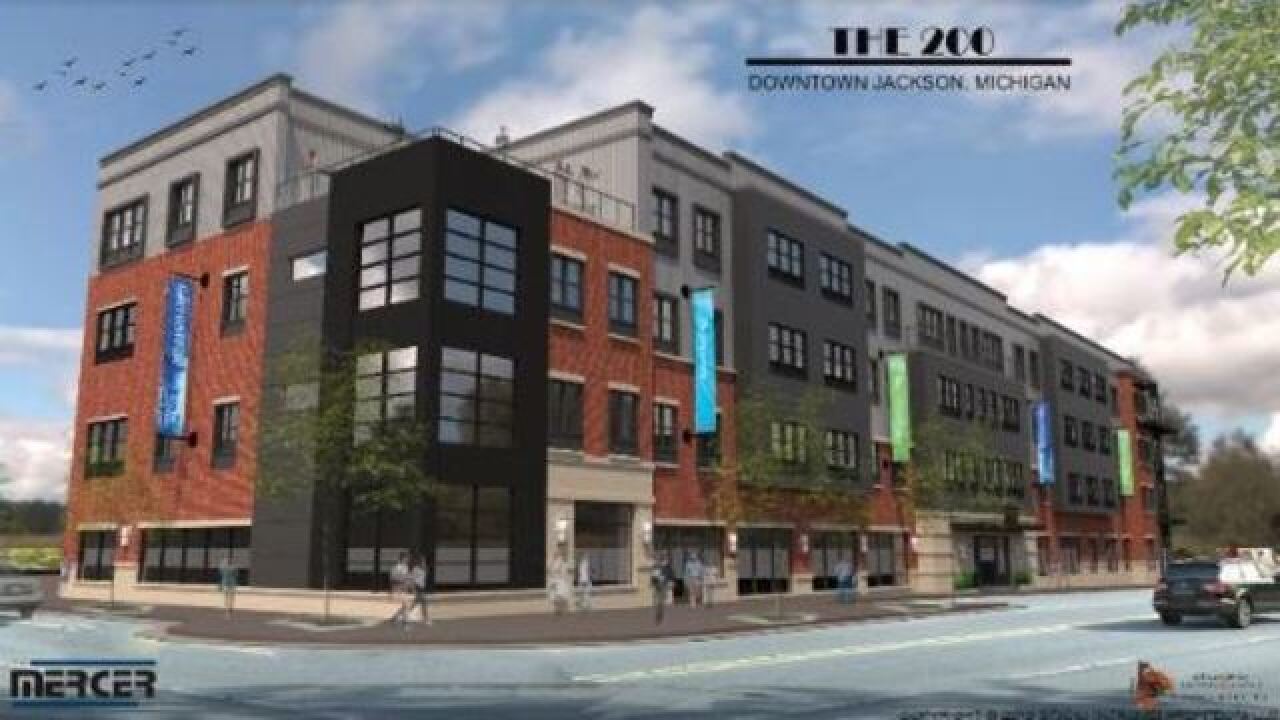 The 200 development is planned for the 200 block of North Jackson Street at the intersection of Pearl Street.

The building will be four stories, with three floors of upscale apartments. The first floor will be 4,100 square feet of commercial space, said city spokesman Aaron Dimick.

The 200 is a $13 million investment into Jackson, the city added.

"It's not only going to be a beautiful addition to our city, but its use of a green building and power showcases our community's commitment to environmental sustainability," Mayor Derek Dobies said.

Eighty percent of the apartments will be studio or one-bedrooms, with the rest slated to be two-bedroom units.

Construction is expected to begin in April 2019 and leasing should follow in December 2019, according to the city.