Nate Miller Named USL League One Coach of the Month 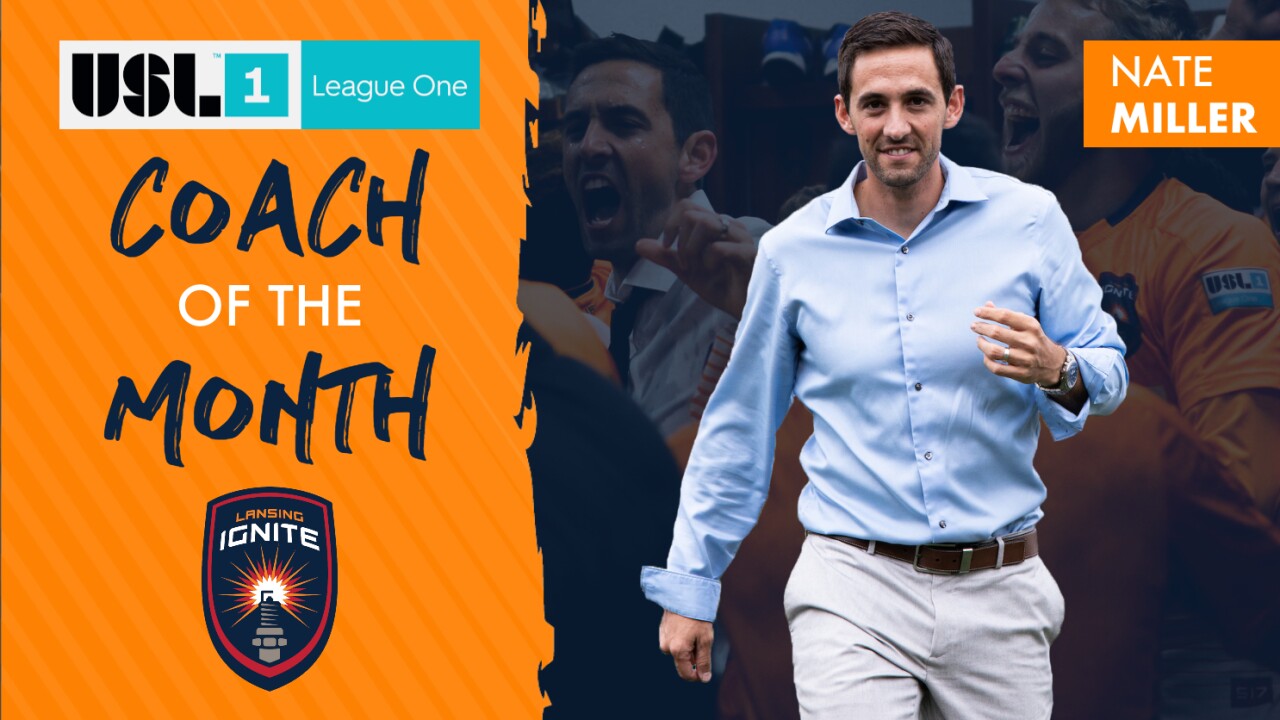 LANSING, Mich. — Lansing Ignite FC’s Nate Miller has been named USL League One’s Coach of the Month for August after LIFC compiled a perfect month that pushed it to the brink of clinching a place in the inaugural USL League One Playoffs.

Ignite FC went 3-0-0 in August, scoring nine goals and posting a +7-goal differential while earning a signature victory in its 4-1 win against current League One leader North Texas SC on August 22. Ignite FC currently sits in second place in the League One standings with four weeks to go in the regular season, and could clinch a playoff place this weekend with a victory against Chattanooga Red Wolves SC should two of South Georgia Tormenta FC, Forward Madison FC, and FC Tucson fail to take victory as well.

“I feel very blessed to work with such a committed group of players who are so focused and intentional every day,” said Miller. “Our coaching staff is very, very close, and we, together, work as hard as we can to accomplish the goals we have for the club and the city.”

Lansing has made a marked improvement from the start of the season. The side went on a stretch between April 26 and June 15 when it recorded only one win in nine games, which included a string of four consecutive draws that kept Ignite FC in the middle of the playoff race but unable to break away from the pack.

Since then, Lansing has gone 8-1-4, including a current 10-game undefeated streak and five-game winning streak going into Saturday’s contest with the Red Wolves. That form has placed Lansing as the biggest challenger to North Texas’ bid to claim the title in October.

“It was always going to take time for the whole group to get the playing style down to be as effective as we are now,” said Miller. “I think after 100 sessions or so and now over 20 games, all the hard work by the players is paying off. I also think the culture that we have built, collectively, is really paying off, and the team plays for each other and plays with total conviction.”

Miller was selected as League One’s Coach of the Month by the USL League One Technical Committee.