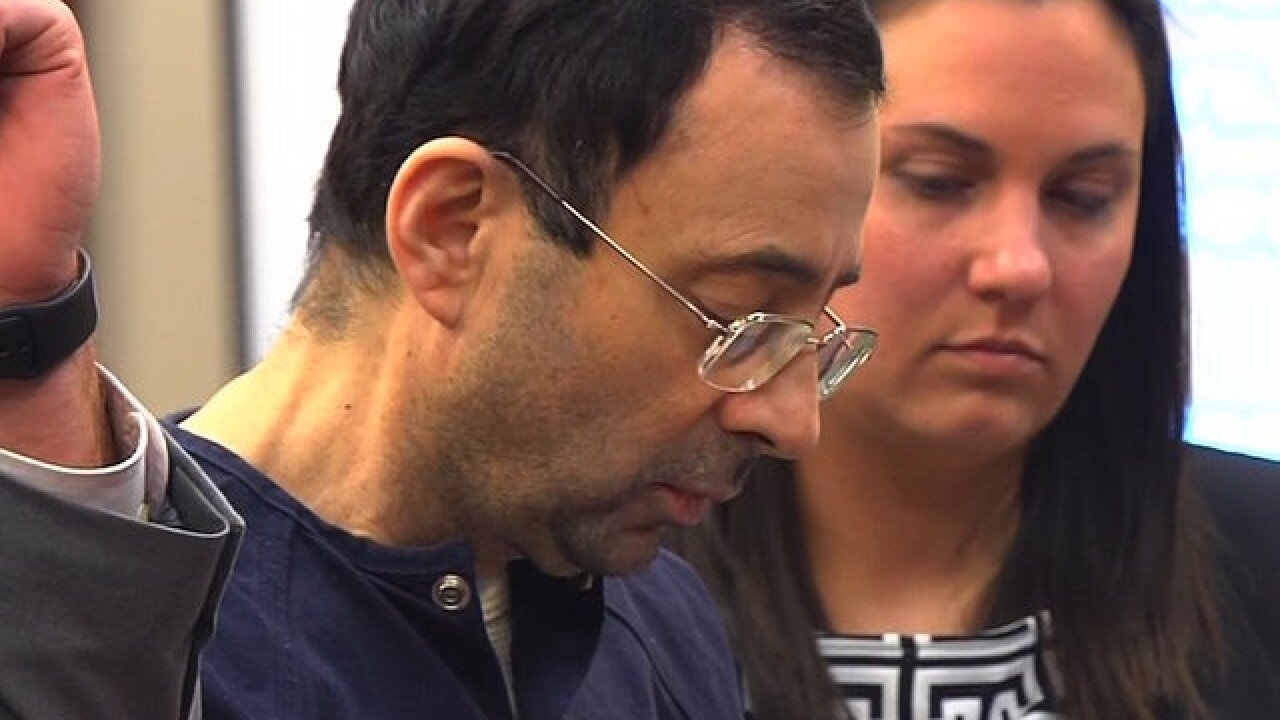 © 2018 Cable News Network, Inc.
CNN
<p>Before his sentencing Jan. 24, 2018, former USA Gymnastics doctor Larry Nassar made a brief statement, saying he would &quot;carry the words&quot; of his victims with him for the rest of his days.</p>

LANSING, Mich. — Former Michigan State University and USA Gymnastics doctor Larry Nassar is trying to get one of his convictions vacated.

According to court documents, the handwritten motion of appeal was filed in the U.S. District Court for the Western District of Michigan on Tuesday, Aug. 20.

Nassar pleaded guilty to two counts of obtaining and possessing child pornography, and one count of destruction of records in July 2017.

He's currently serving 60 years in federal prison on those charges.

At the state level, Nassar was sentenced to 40-175 years in prison in a case in Ingham County and 40-125 years in an Eaton County case.

The 56-year-old would be transferred to state prison if he’s still alive at the end of his federal sentence.

In the appeal of his federal conviction, Nassar claimed lifetime bans on access or possession of computers and other electronic devices, contact with minors without approval from a probation officer and entry into areas where children frequently congregate violate his First Amendment rights.

Nassar has challenged his sentences at both federal and state levels in the past.