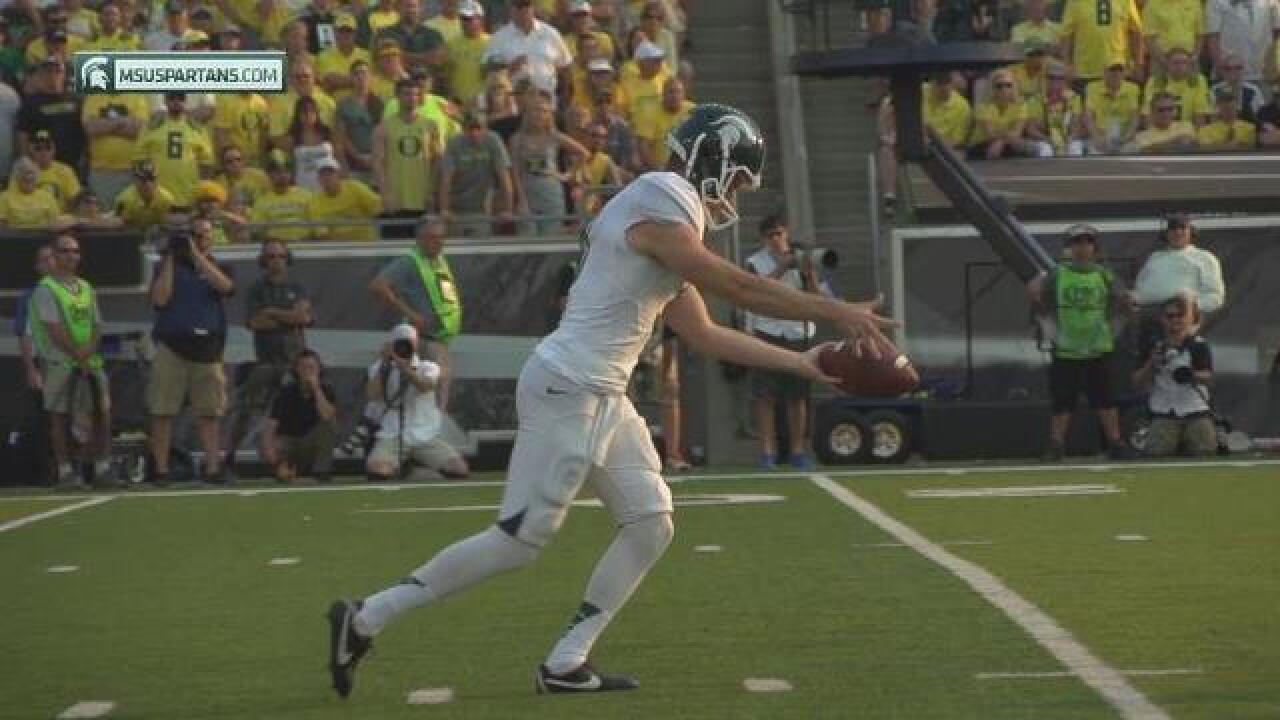 Former Michigan State punter Mike Sadler lost control of his car, and crashed into a tree while driving with two other players on July 23, 2016.

And now, more than two years later, Sadler is getting a special honor in his West Michigan hometown.

It will be a packed house at Forest Hills Northern High School in Grand Rapids on Friday.

The school will retire Sadler's No. 3 at halftime of Northern's football game.

It will be the first jersey retirement in the school's history.

Sadler was considered the cornerstone for academic and athletic excellence.

He was the first Spartan to ever win Academic All-American honors four times.

And only the fourth in NCAA to do so.

Sadler was to begin law school at Stanford in the fall of 2016 after graduating from Michigan State with a master's degree.

And Friday night, Northern High plans to honor those achievements.

"Every student has potential to be caring, giving and empathetic, to make good decisions, to be self-aware and to be inclusive, and those are some of the things that people remember Mike for," said his mother, Karen.

The Northern High football team will be wearing Mike Sadler jerseys during the game.

Sadler T-shirts will be given away as well.