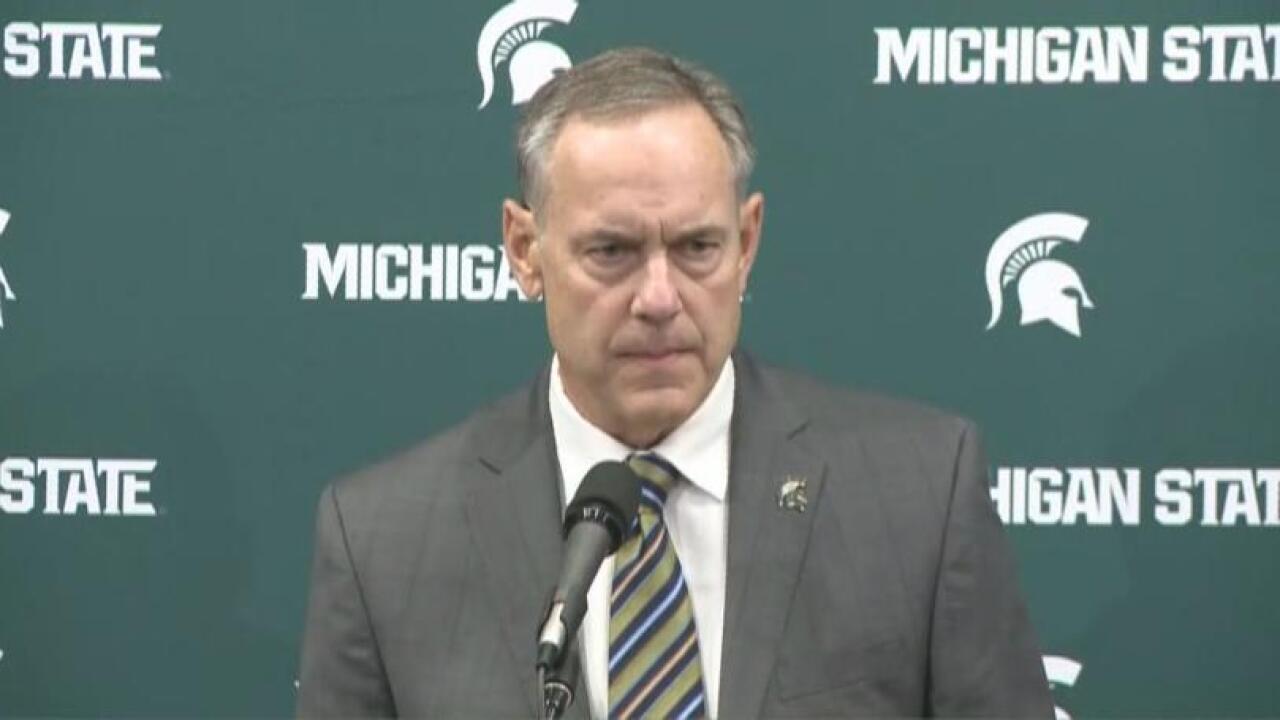 LANSING, Mich. — Michigan State University Football Coach Mark Dantonio ignored warnings from his assistant coaches about a player who was later convicted of sexual assault, according to court documents in a lawsuit filed by former football staffer Curtis Blackwell.

This all comes according to an ESPN report, which says Blackwell claims he and assistant coaches Ron Burton and Dave Warner told Dantonio to steer clear of Auston Robertson.

The warning was based on a series of incidents and allegations involving inappropriate conduct with women when Robertson was still in high school.

Robertson was kicked of the team after he was charged with sexually assaulting a woman in 2017. He later pleaded guilty.

Dantonio said he met with Robertson once a week to monitor him during his time on campus.

As for Blackwell, he was suspended shortly after rape charges were filed against former Spartans Donnie Corley, Demetric Vance and Josh King.

Police wanted him charged with obstructing their investigation, but the Ingham County prosecutor did not file those charges.

Blackwell's contract was not renewed as Dantonio cited philosophical differences.

Dantonio has not been questioned in a deposition at this time.