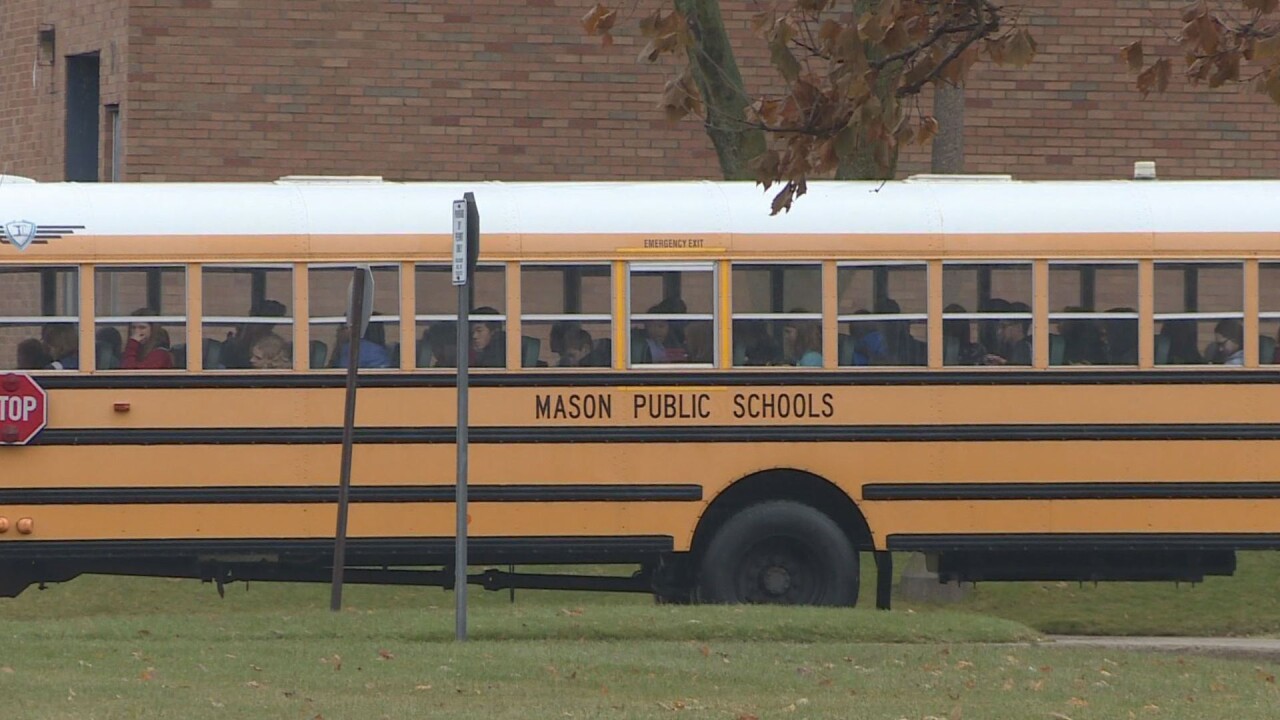 LANSING, Mich. — Fox 47 has obtained the police report filed by a student who claims a teacher assaulted her at Mason High School.

We first told you about the investigation earlier this week. Sadie Earegood claims it happened because she supports President Donald Trump and wore a "Women for Trump" pin to school.

The report shows police asked to interview five witnesses. One of them reached out to Fox 47 to tell us what he saw.

The student wants to remain anonymous, but told us he wanted talk to Fox 47 to help stop the rumors.

He says teacher Paul Kato and Earegood were talking and laughing.

He noticed Kato was wearing the 'Women for Trump" pin and one point and says it didn't seem like Kato forcefully took it from her.

He told Fox 47 at no point did he hear any screaming during the class.

The student mentioned he's worn Trump clothes himself in class and that Kato made a quick joke about it, but never in a mean or aggressive way.

Fox 47's Rachel Sweet spoke to a former student that mentioned that Kato will approach students in a joking matter.

"If you weren't doing what you were supposed to be doing Kato called you out on it," said Miranda McCrackin, Mason High School Alumni.

"There was one time some kid was playing video games when they weren't supposed to be so he just took control of their computer and shut it off and everyone laughed," added McCrackin.

She says she just wants the truth.

Fox 47 reached out to Earegood to ask if she had anything to say about what the witness said to us.

She claims the other students in the classroom all had their back to her at the time.

Mason Police and the school Superintendent are also not talking.

Fox 47 obtained the police report through the Freedom of Information Act.

The report is heavily redacted so we don't know exactly what Earegoold told the investigating officers.