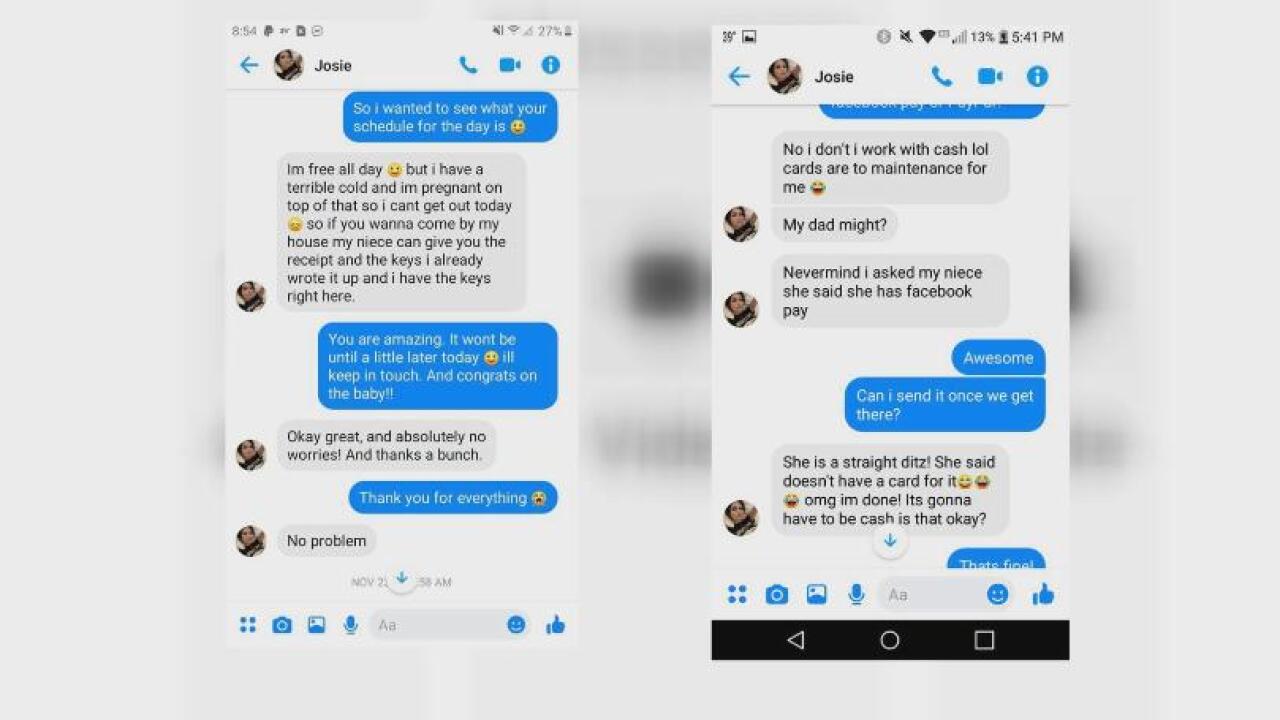 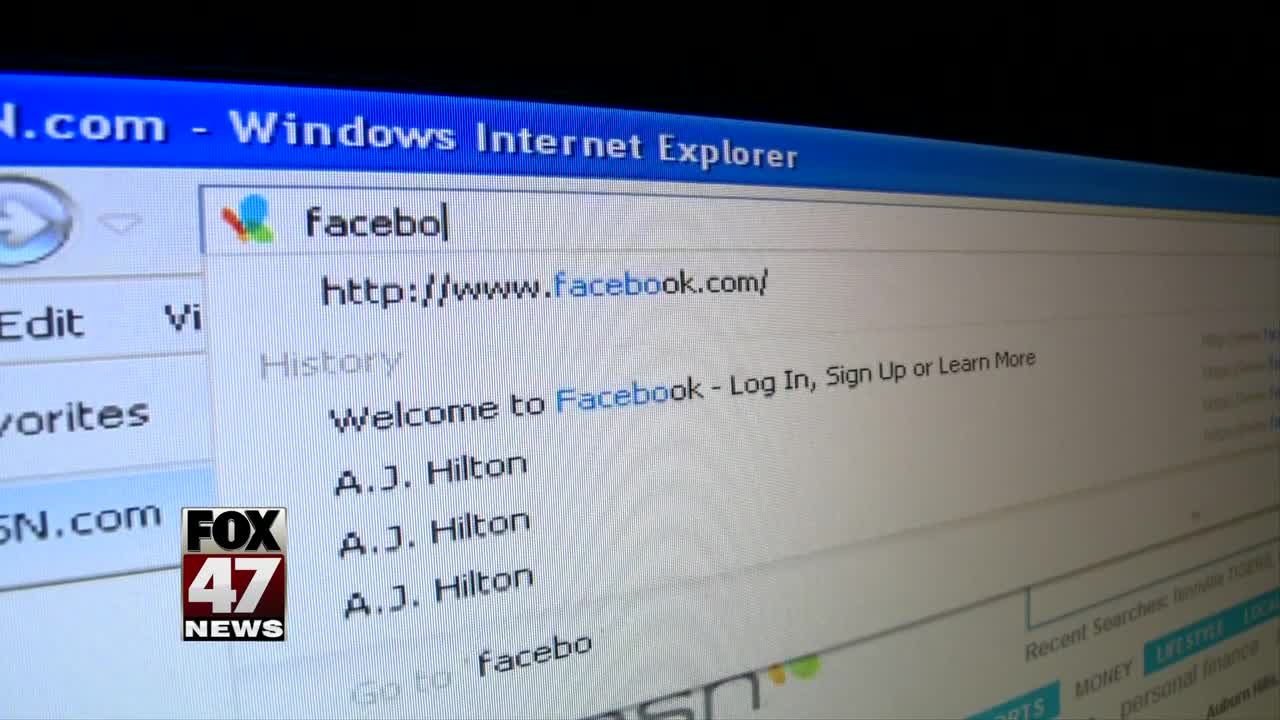 LANSING, Mich. — Two local moms have a warning after a scammer strikes in Jackson.

It happened just before Thanksgiving and now the families are still stuck looking for a place to live.

Alexis Schlaff was just trying to find a place for her family to call home before the holidays. Instead, she's living in a friend's basement and out almost $500.

It's been months since Schlaff and her family have had a place to call home, so when someone contacted her about a house in Jackson, she didn't want to miss the opportunity.

"We were desperate for a house," she said. "And they said 'well, if you give us what you have now, you can move in and pay the rest.' We thought it was a break for us."

The Facebook profile "Josie Silva" told Schlaff she'd even waive the security deposit. Next thing Schlaff knew she was meeting the person in a church parking lot with cash and given a receipt and a key to the house.

"Just clutter everywhere, someone was obviously living there. There was tablets and diapers around so we figured this is not our house," Schlaff recalled.

Schlaff confronted the person there. To her confusion, the tenant said she moved in the day before. After trying to contact "Josie Silva" and getting nothing, Schlaff took to Facebook to warn others and helped save another family money and heartache.

"The next day I was supposed to meet with them and my car actually blew a head gasket," Cierra Easton said. "So I had to take every penny I had toward a new vehicle and later that day seen Alexis's post on Facebook that they had got her for her money and I showed my husband and told him look, we almost just fell for the exact same thing."

The two don't know if the person living in the house has anything to do with the scam. They just hope whoever is doing this stops preying on the vulnerable.

"I don't have much to take, but the one thing I did they took. The worst part is when we gave them the money and they gave us the key they looked in the back seat and said we are so happy we could help you guys," Schlaff added.

Fox 47 knocked on the door and no one answered. We also called the number and got voicemail. We'll let you know if we get a response.

The Jackson Police Department responded to the address on a fraud call last week.

Fox 47 is not listing the address, because it is unclear if the people currently living there are a part of the scam.

The Better Business Bureau has a long list of things to do to make sure you don't fall for a rental scam. To learn more click here.