Moms at the state Capitol demanding action on gun laws 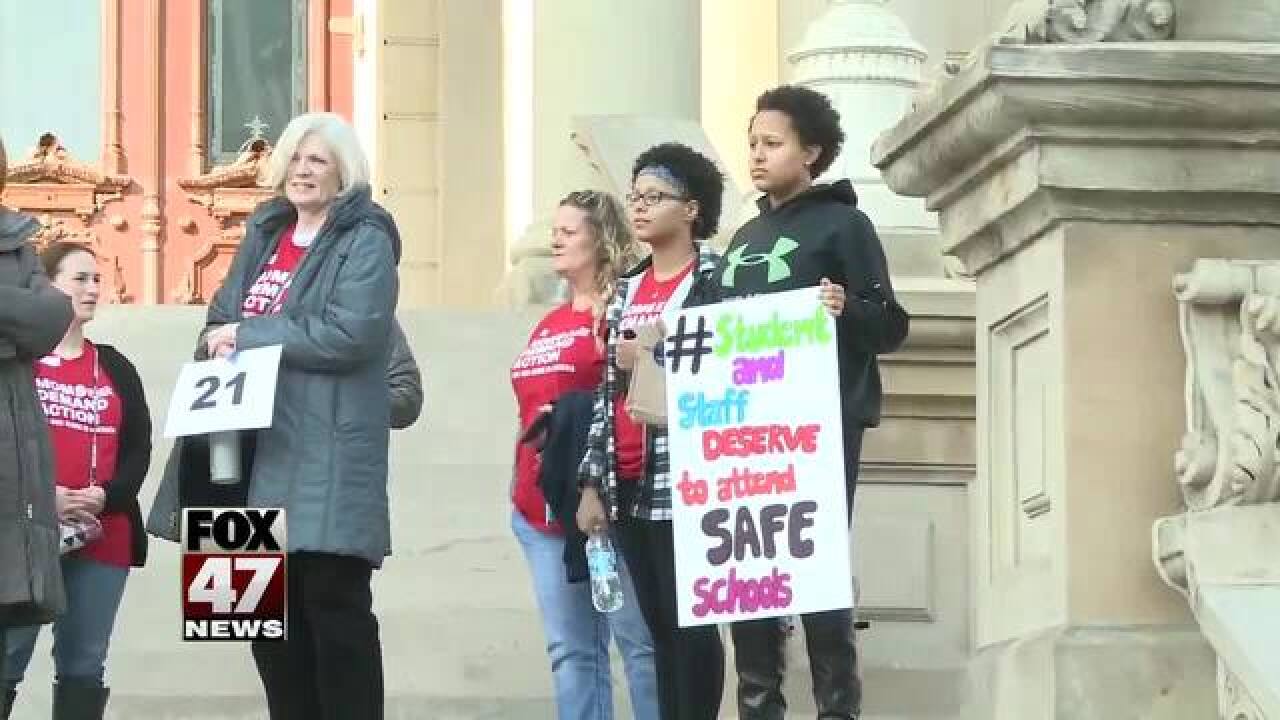 "The time to act is now, the time to act was before, but they still have an opportunity to save lives if they start a discussion about real empirically supported polices that we know prevent gun violence."
Emily Durbin, stated this at the State Capitol today at the Moms Demand Action rally.

The group, Moms Demand Action For Gun Violence, visited different lawmakers' offices trying to gain support for Red Flag laws that would take away access to guns for people who pose risks to others, and to oppose bills that would allow people to carry guns in such places like schools and hospitals.

One parent told FOX 47's Marcus Dash that she was against that idea because a policy allowing guns in schools or hospitals is based on the idea that an untrained person can take down an active shooter.

In tense situations like a school shooting, this parent said she worries that it could result in someone getting hit by stray bullets.

One state representative is for the idea, he said he agrees that an individual trained by law enforcement who would have access to the firearm only when necessary and used it as a safety precaution is the right choice.

Representative Jim Runstead (R-Royal Oak) told FOX 47, "These are individuals who will be very well trained, would not be carrying a pistol, would be locked in a cabinet that is as safe, inside the cabinet that can only be accessed with a thumb print."

News 10's Marcus Dash will have full coverage on this debate and more on the possibility of Red Flag laws that are intended to keep guns away from convicted criminals and those thought to be mentally ill.