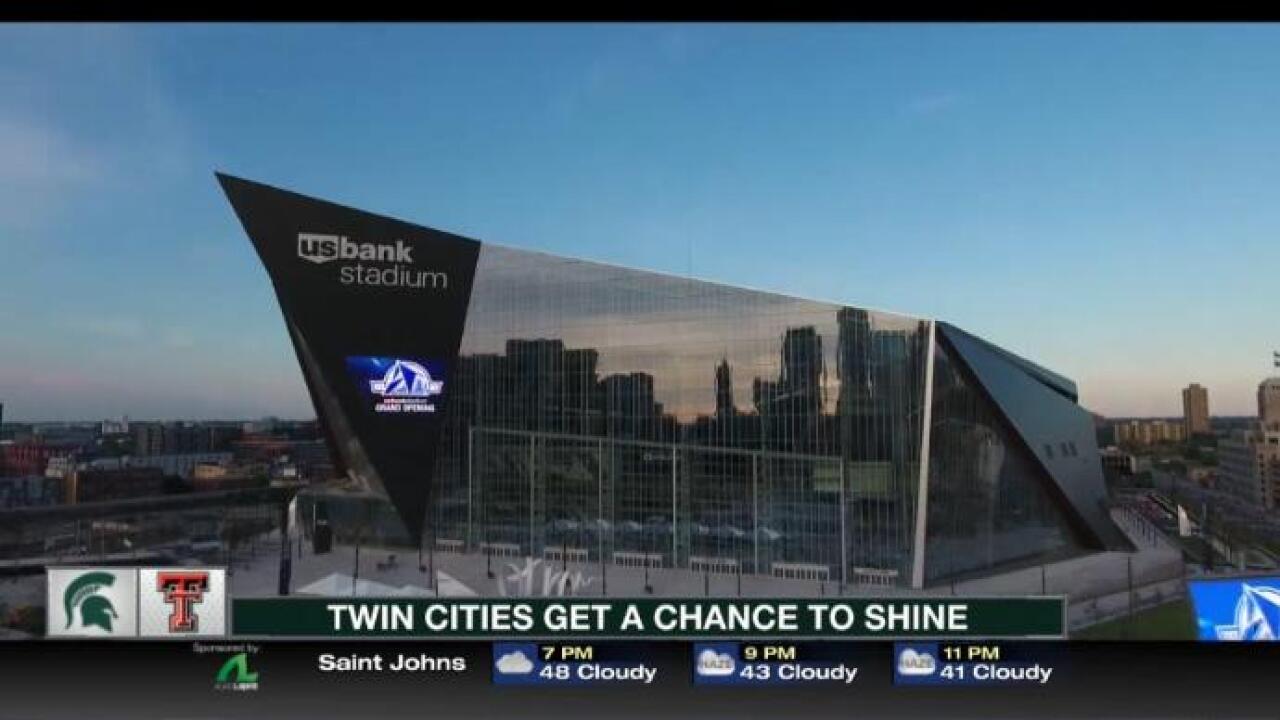 MINNEAPOLIS, MN. — Getting to the Final Four is huge for college basketball programs.

It is even bigger for the host cities and it seems the Twin Cities have cornered the midwestern market for sports.

This weekend marks the second time in the same number of years the Twin Cities have hosted a major sporting event, despite being fairly cold during those times, it's expected that over 9,400 people will come from all over the country for the Final Four, helping to generate over $168 million.

Kristen Montag, senior PR manager for Meet Minneapolis says, "We've had studies done on what draws people and why they're coming here and frankly, sporting events is the biggest reason people come here. We have a bit of all of that here, and people in the region are drawn to the facilities that we have in this area."

The Twin Cities boast a set of some of the newest venues as a whole, centered by US Bank Stadium, the site of this weekend's games, and Super Bowl 52 in 2017, which gave the city a head start in preparing for this weekend.

"The benefit has been that we've had that other event happen, so we have all of this infrastructure that's already in place." says Montag.

The main drag, Nicollet Mall, renovated and used then and now as a gathering point for fans leading up to the big event.

Montag also added, "Knowing that having this free event outside is something that people are going to come to, even in the winter, and now we're in the spring, so that makes it even better."

The Nicollet Mall will be the site of the Final Four tipoff tailgate, featuring music, pep rallies, and a whole lot more from Friday through Monday.