Mid-Michigan to be represented at World Junior Dart Championships 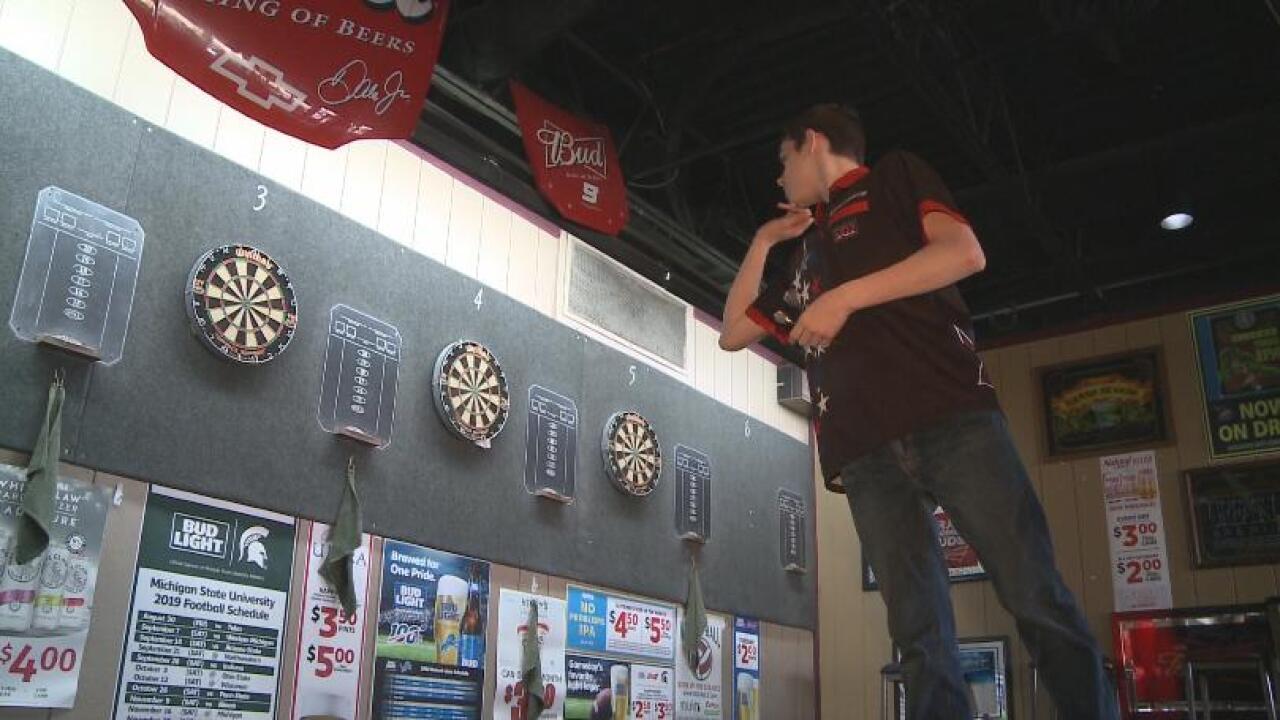 LANSING, Mich. — Mid-Michigan is going to be represented at next week's World Junior Dart Championships.

A young man from Lansing is traveling all the way to the Island of Gibraltar to compete for a title.

Darts have been in the Merritt family for years.

"My dad played darts for 20 years, and my brother played too, so I just followed after them," Jamison Merritt, a dart player said. "I had nothing else to do at home, so I just picked the darts up."

Four years later, Merritt is heading to Gibraltar to compete in the Junior Dart Championships next week.

"I had no idea. Until I actually say Jamison start playing I knew he was something special. A week, he adapted right to it," Bill Merritt, Jamison's father said.

Jamison finished second in points in this year's Championship Darts Circuit, good enough to get him a spot in the world championships.

"There's four spots for the US. It feels nice...a little more pressure representing your country, but it should be fun," Bill said.

Jamison said he isn't nervous because he will be competing alongside friends he's made on the circuit.

"They're all pretty good playing in tournaments, you always want to win, but just to qualify and play with them when you know they're that good is a little bit more of a boost," Bill said.

His success is also thanks to his brothers.

"Crazy, they hate losing to each other, definitely some competition in the family. No one's throwing darts at each other, not yet, just at the board."

But they'll all be behind Jamison next week as he looks to bring a championship back to the states.

"He's very passionate, loves the game, a great kid all about the game. It's a once in a lifetime event," Bill said.

The three-day competition runs from Sept. 24 through Sept. 26.