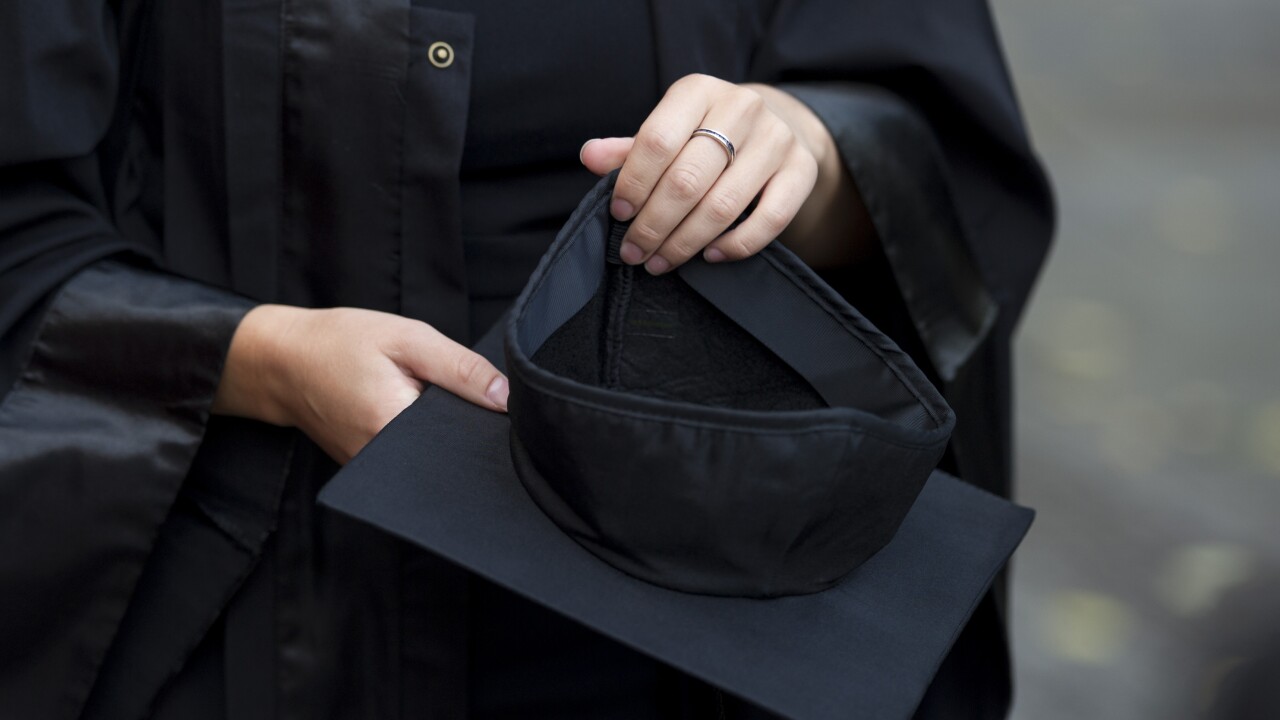 Jens Schlueter/Getty Images
LEIPZIG, GERMANY - AUGUST 30: Graduates in gown and caps celebrate their graduation at the HHL Leipzig Graduate School of Management on August 30, 2014 in Leipzig, Germany. A total of 167 students in various Masters programs of business management graduated today, including the regular MBA program, whose students are 80% from foreign countries, while the more advanced graduate programs have a higher percentage of German-born students. (Photo by Jens Schlueter/Getty Images)

LANSING, Mich. — Michigan’s postsecondary attainment rate has increased for the 10th consecutive year to 45.5%, up 0.5% from last year, according to the latest Stronger Nation Report from the Lumina Foundation. The increase contributes to the progress toward the state’s and MCAN’s “Sixty by 30” goal.

Because of the lag in postsecondary attainment data from the U.S. Census Bureau’s American Community Survey, this new data represents Michigan’s 2018 rate – the latest information available.

“It’s great to see everyone’s hard work to increase college access and success in Michigan is paying off,” said Ryan Fewins-Bliss, executive director of the Michigan College Access Network. “While we have reason to celebrate, this new data also points to the tremendous work ahead of us. We need that rate to increase faster, we need to close significant race and income gaps. And we still lag the national postsecondary attainment rate of 48.4%. Michigan’s rank of 34th among U.S. states and territories should be a clear call that we cannot rest on this issue. We will not meet the ‘Sixty by 30’ goal unless we activate change at the state, local and institutional level immediately.”

The Lumina Foundation, the nation’s largest private foundation focused solely on increasing Americans’ success in higher education, began reporting the attainment rate — which includes associate degrees and higher — in 2008. That year, the rate in Michigan stood at 35.6%. In 2018, that rate rose to 41.5%. The report estimates that 4% of Michigan residents between the ages of 25 and 64 hold a workforce-relevant certificate, which brings the state’s overall postsecondary attainment rate to 45.5%. Certificate estimates have been included in the postsecondary attainment rate since 2014.

Michigan's overall rate of educational attainment has increased by 9.9 percentage points since 2008.

Those attainment rate increases are:

The attainment rate increased at three degree levels: associate degrees (+0.1), bachelor’s degrees (+0.4), and graduate/professional degrees (+0.1).
Just one county in Michigan has hit the “Sixty by 30” goal outlined by Gov. Gretchen Whitmer in her 2019 state of the state address. Washtenaw County’s newly released rate is 64.6%.

In addition to Washtenaw County, Michigan now has three other counties (up two from 2019) with attainment rates above 50%:

Overall, 77% of Michigan counties saw an increase in postsecondary attainment rates, which represents 64 counties. Ten counties in Michigan are above the state rate of 45.5%.
Both of Michigan’s largest Metropolitan Statistical Areas also grew: