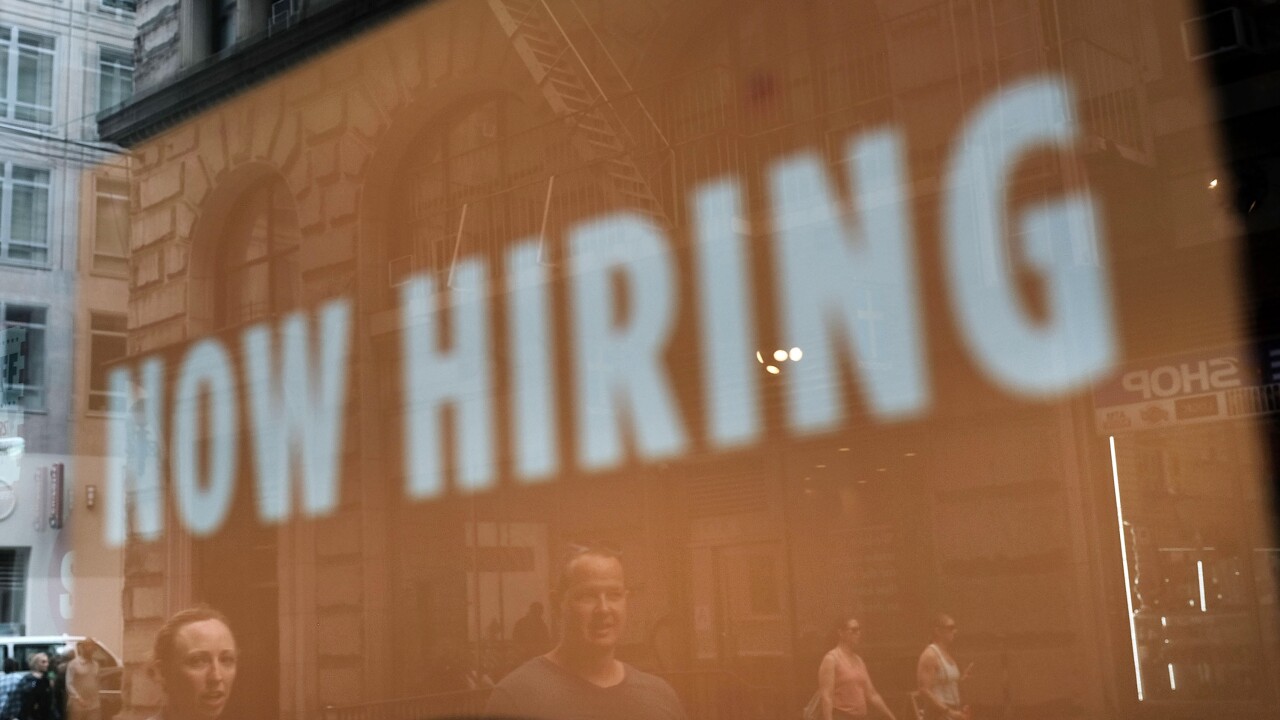 Spencer Platt/Getty Images
NEW YORK, NY - JUNE 01: A store advertises that they are hiring in lower Manhattan on June 1, 2018 in New York, New York. According to the Labor Department, which released its official hiring and unemployment figures for May on Friday, the unemployment rate in America was 3.8 percent, that is down from 3.9 percent in April and the lowest since 2000. (Photo by Spencer Platt/Getty Images)

LANSING, Mich. — Michigan’s seasonally adjusted unemployment rate was unchanged at 4.2 percent in June, according to data released today by the Michigan Department of Technology, Management and Budget. Total employment inched up by 2,000 while unemployment rose by 3,000 over the month. The state’s workforce edged up slightly in June.

Michigan’s jobless rate was half a percentage point above the national rate of 3.7 percent.

“Michigan’s jobless rate has remained in the narrow range of 4.0 to 4.2 percent since October 2018,” said Jason Palmer, director of the Bureau of Labor Market Information and Strategic Initiatives, “Over the month, payroll jobs showed an increase of 5,000, reflecting small gains in many industries.”

Detroit Metropolitan Area’s June Jobless Rate Up Over Month
The Detroit-Warren-Dearborn Metropolitan Statistical Area’s (MSA’s) seasonally adjusted jobless rate rose by a tenth of a percentage point in June to 4.6 percent. Total employment edged down by 2,000 while unemployment was up by 2,000. The Detroit metro area labor force was little changed in June.

Over the year, the Detroit metro area unemployment rate advanced by six-tenths of a percentage point. Employment increased by 19,000, or 0.9 percent, while total unemployment was higher by 12,000, or 14.0 percent. The Detroit MSA workforce rose by 32,000, or 1.5 percent, over the year.

June Payroll Jobs Increase Slightly
According to the monthly survey of employers, seasonally adjusted Michigan payroll jobs advanced by 5,000 in June to 4,447,000. Minor job increases were seen in several major industries, with the exception of trade, transportation and utilities (-2,000).

Manufacturing average weekly earnings advanced both over the month and over the year in June.
For more detailed information, including data tables, view the full release [links.govdelivery.com].