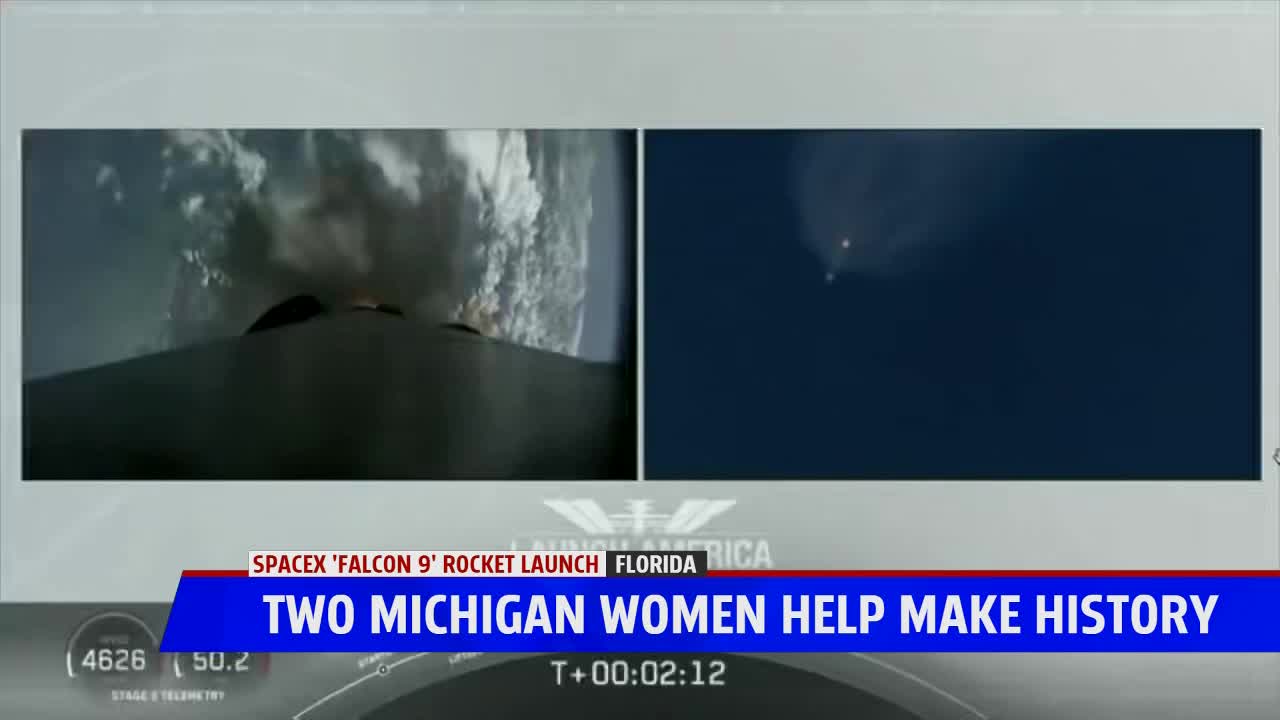 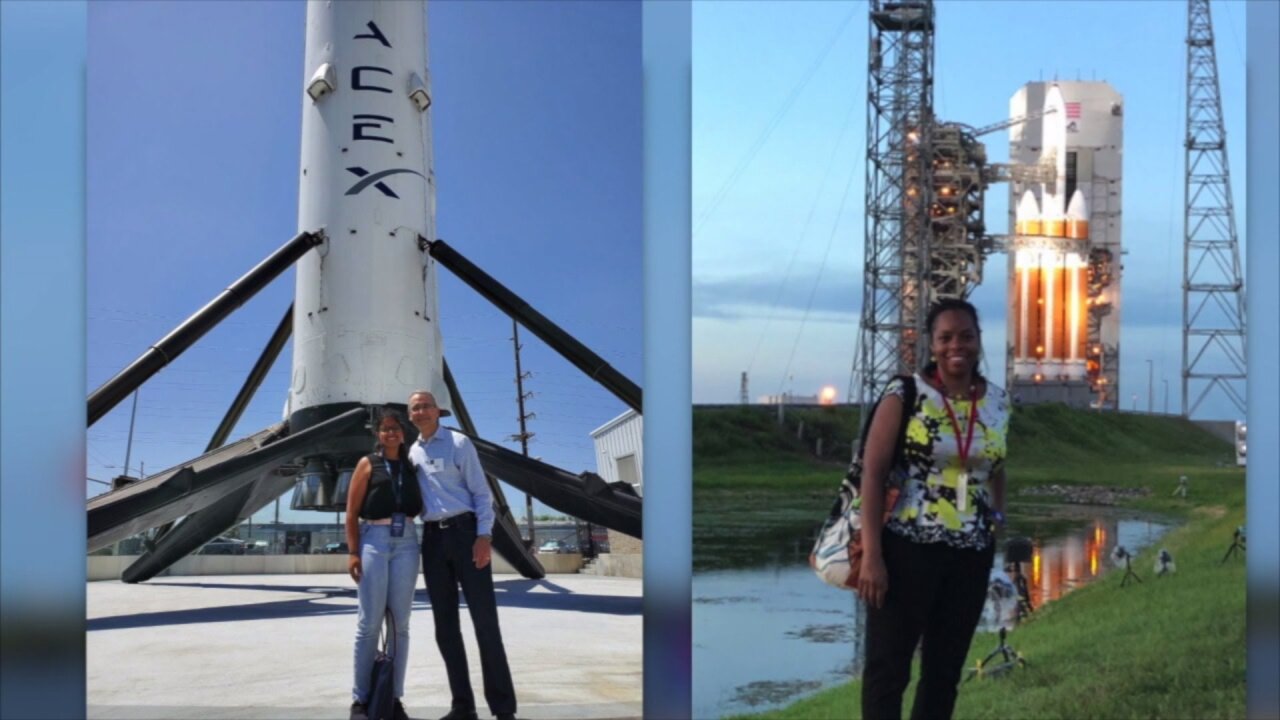 Two women with ties to Michigan had a part in Saturday’s historic launch to the International Space Station.

Both of them say it’s something they’ll never forget.

History was made Saturday in Florida as SpaceX became the first private company to launch people into space.

It’s also the first for NASA from U.S. soil in nine years.

“We had to shift from hosting guests in person to doing virtual guest operations,” said Cindy Steele, Chief of NASA’s Public Engagement Division.

Steele grew up in Detroit and went to Northern Michigan University in the UP.

“It is pretty exciting. Sometimes you can get lost in the planning of the event,” said Steele.

Her team coordinates the logistics of VIPs at the launch site, including today’s visit by President Trump.

“So, myself, and again it takes a village, a team of folks not only at headquarters but also Johnson Space Center and obviously here at Kennedy Space Center working with the White House and Office of the Vice President and helping facilitate any high-level visits,” she said.

The invitation process started more than a year ago and they planned for about 10,000 guests. But because of the coronavirus that number was closer to 200 for Saturday’s launch. Even at launch sites, precautions are in place.

"We’re all walking around with face masks, there’s hand sanitizer everywhere,” said Steele. “We removed almost half of the seats from our conference room from guest briefing so yea it’s had an impact particularly on the number of guests we’re able to host.”

“It was super cool for sure,” said SpaceX intern Anjali Roychowdhury. She moved to Troy, Michigan from India when she was five. She now lives in San Francisco.

“I think one of the reasons that I love space, is that everyone looks up and it’s kind of a universal experience to share the joy or watching something go into orbit or something as cool as this. So it was really nice to watch it with my parents,” said Roychowdhury.

She spent a summer as an intern for SpaceX. The private company that helped send the astronauts to the ISS.

She worked on a valve in the abort system which allows the astronauts to separate from the rocket within the first nine minutes of launch and land in the ocean if there’s an issue.

From valves to VIPs, both Michigan women said it all feels like a dream to be part of history, as the last launch from the US was in 2011.

“I remember when I was young and watching that launch and being so excited about space shuttle launches,” said Roychowdhury, “and I hope that with this launch that other kids would be inspired the way that I was inspired.”

“For me,” said Steele, “when the astronauts landed at Kennedy Space Center and they disembarked from the plane and I saw them walking up to the mics and I thought, ‘ok, this is happening’”.

If you’re curious about COVID testing before the flight, the astronauts were in quarantine.

The next launch for NASA is in July, when the Perseverance rover will head to Mars.