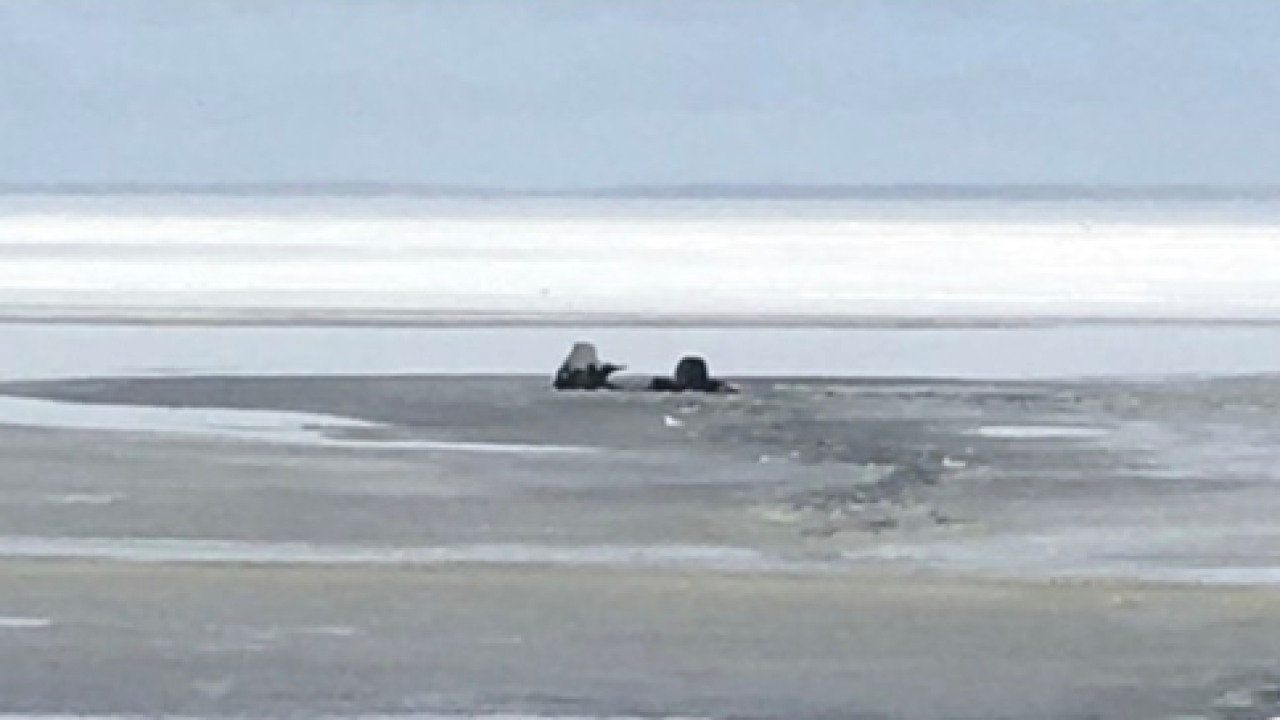 Three snowmobiles and a truck fell through thin ice on Houghton Lake on Sunday.

At 12:40 p.m. Sunday, troopers from the Michigan State Police Houghton Lake post responded to both incidents, which occurred within about 1,000 feet of each other on East Bay on the lake. The scenes were near Holly Avenue in Prudenville.

The three snowmobile riders were not injured and declined treatment. The same was true of the truck’s driver.