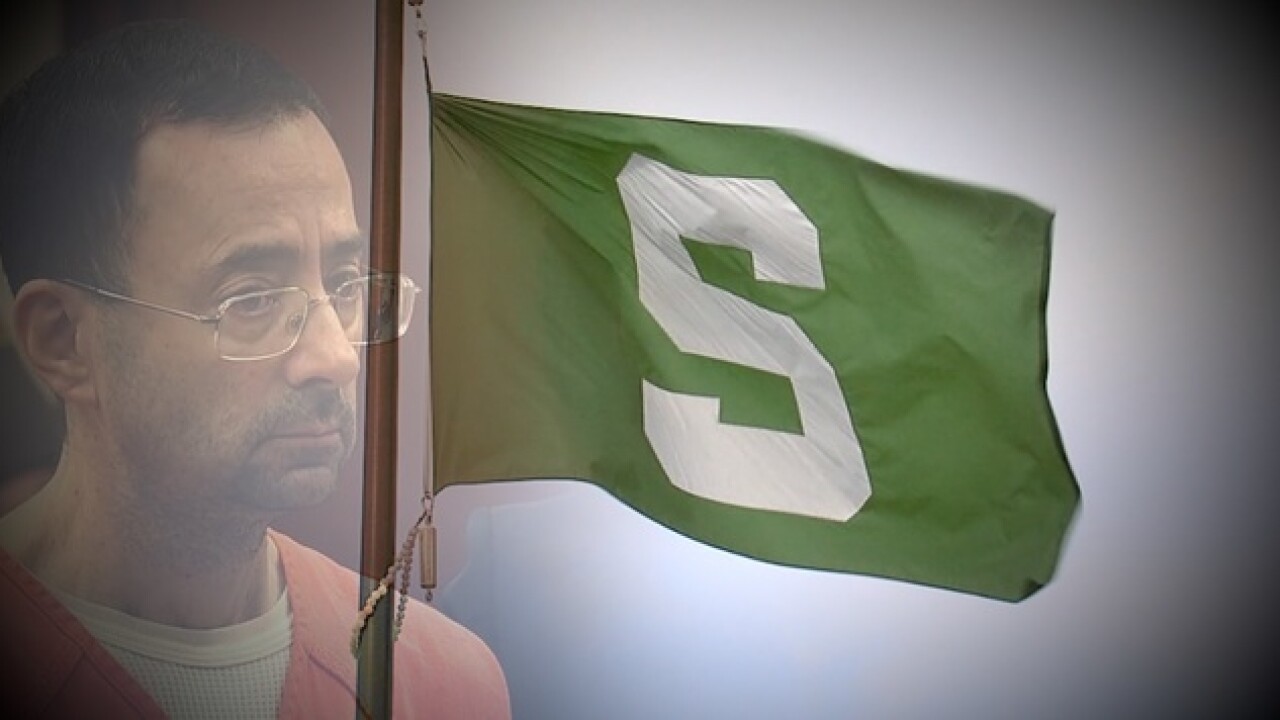 The university announced Thursday Bonnie Knutson and Michael Kaplowitz will serve as senior advisers to school officials. They also are representatives to the NCAA and Big Ten.

Former representative Sue Carter said in January that she couldn't "be part of an administration ... not in full grasp of the damage done to the girls and women and to the institution itself."

Knutson is a School of Hospitality Business professor. Kaplowitz teaches environmental policy and is an adjunct professor in the law school.

Roughly 200 athletes described being abused by Nassar, who is imprisoned for molesting athletes at the school and on the U.S. gymnastics team.