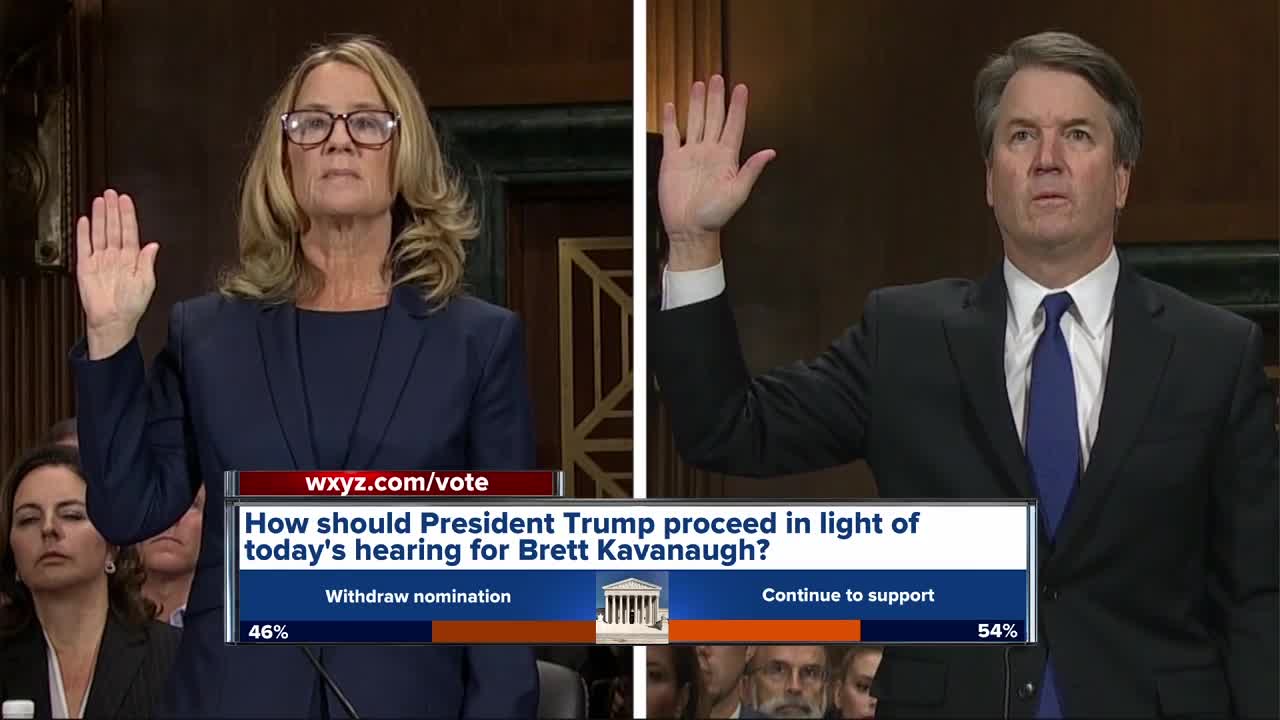 We're getting reaction from metro Detroiters on the Brett Kavanaugh hearing. 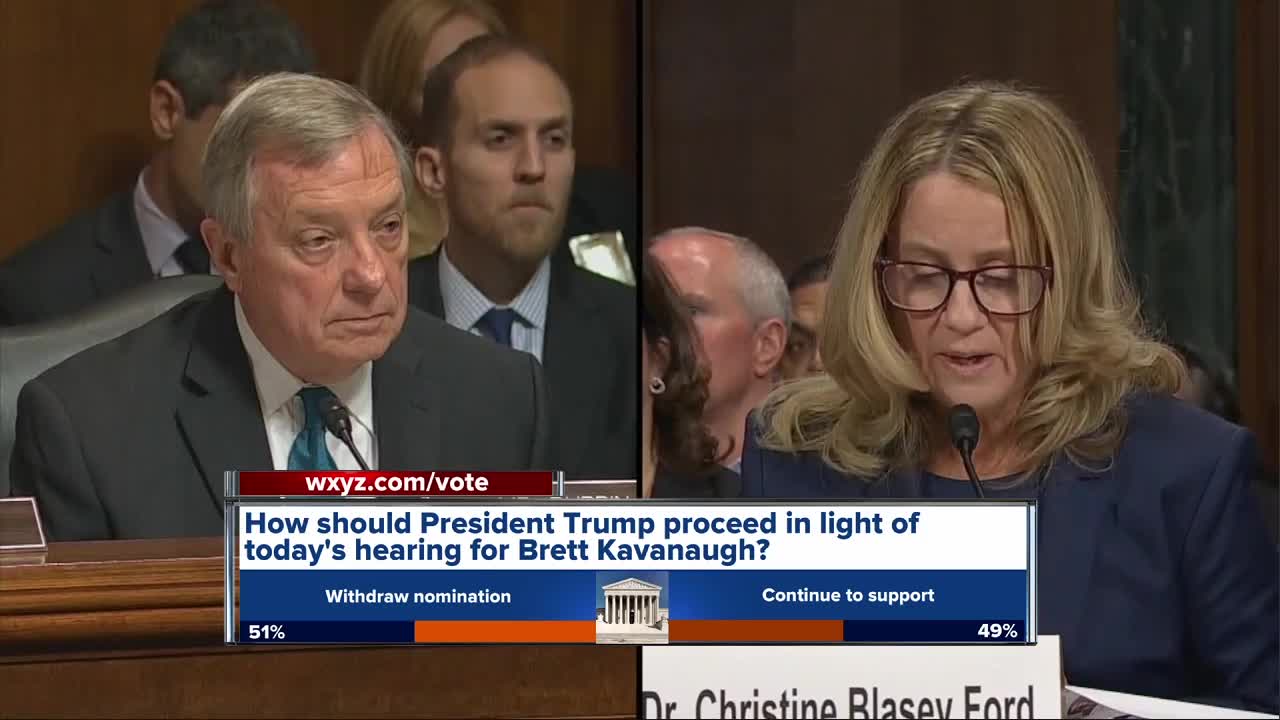 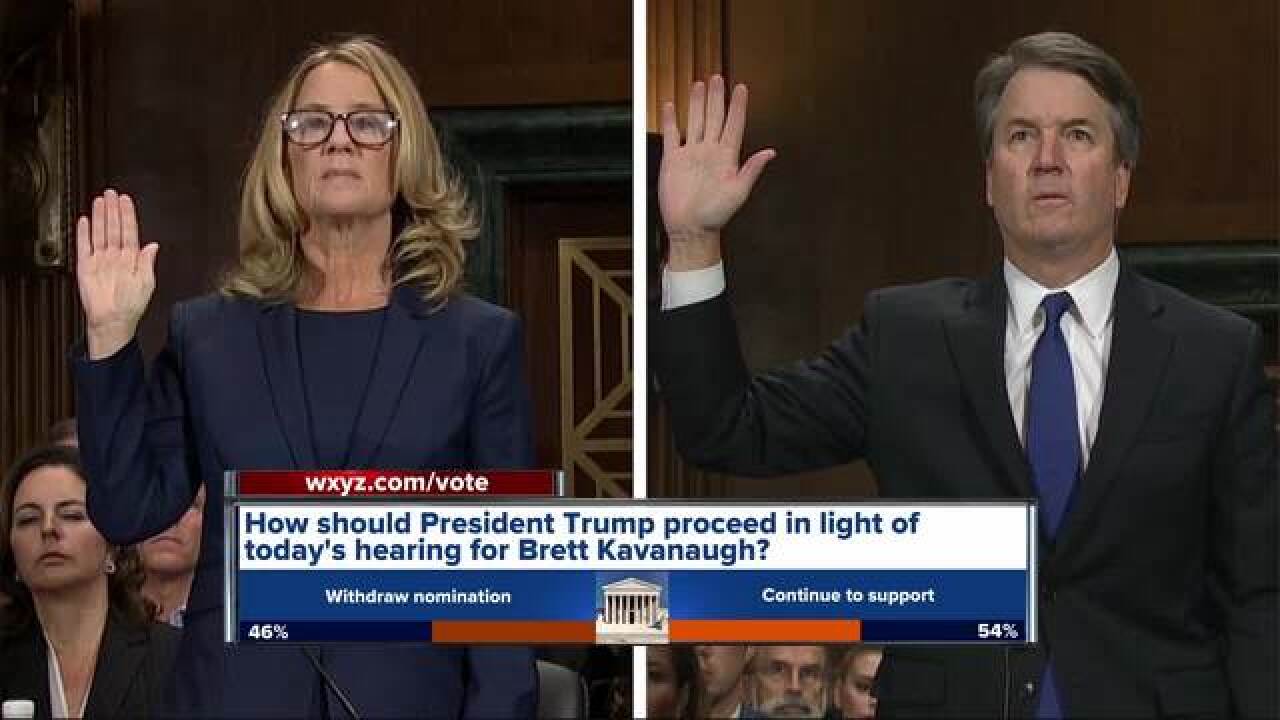 Ford says he sexually assaulted her when they were both in high school.

At ten Thursday morning, Christine Blasey Ford went before a congressional committee to tell her story.  She said when she was 15-years-old then 17-year-old Brett Kavanaugh sexually assaulted her.

Many reacted on-line questioning why she didn’t remember details, such as the exact location.

As they listened to Brett Kavanaugh - his supporters empathized with how these accusations impacted his family. For some, the hearing- brought back memories.

“Being a rape victim myself, I would want somebody to believe me,” said Kim Jones.

Kim Jones says she watched the hearing at home then came to Sam’s Coney Island in Ferndale and continued watching it.

She believed Ford’s emotional testimony.   She isn’t alone, and many are concerned.

“Why would you want somebody in the court system that does these things to women?” asked Uprina Washington.

At the Greek Islands Coney Island in Birmingham some who might believe Ford says it shouldn’t necessarily keep Kavanaugh from becoming a supreme court justice.

“Do you disqualify somebody who let's assume has lived an exemplary life since that incident? Do you disqualify him for what happened on a drunken night in high school? I don’t know the answer to that. And I am not voting,” said Michael Surnow.

Everyone we spoke to said they thought the FBI should try to find out the truth.