Fox 47 gets man's cable bill credited back to $0 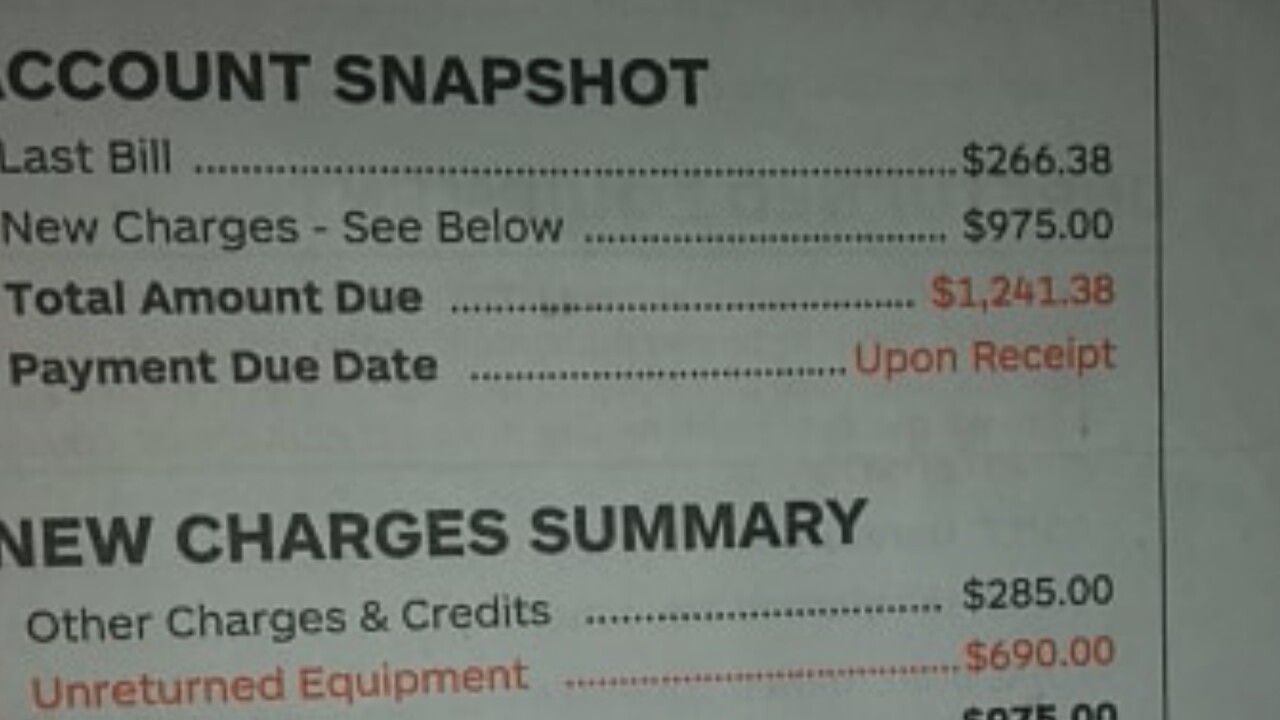 One man reached out to Fox 47 for help after getting a huge cable bill for the time when he forced to leave his home.

Derek Gardner was forced to leave his home in early February because of the ice jams. He thought the flood damage would be his biggest expense, but then he got his cable and internet bill from "WOW!"

"I knew I owed them money and I planned to settle up for it, but I didn't expect it to keep rolling. Like as soon as I get home, I'll pay this off and get my internet back, but it just didn't work out that way," Gardner said.

Gardner lives on Water Street, one of the places most heavily flooded from the ice jams. his family had no choice but to evacuate and leave pretty much everything behind. When he got to the place he was staying temporarily, he tried to call and suspend his WOW! cable and internet that he knew he wouldn't be able to use.

"I probably sounded kind of frantic in the first phone call because I was panicking that they were charging me and I wasn't even using their service," Gardner said.

Gardner kept calling and getting passed off to other workers in the company. He thought he had it all settled, but then got hit with a bill for more than $1,200 dollars once he returned home a few months later. The bill not only charged him for service that tried to suspend, but also for not returned equipment. On top of that, his debt to the company was turned over to a credit agency.

"They don't really care about customer service as much as they care about the bottom dollar," Gardner said.

I was able to get in contact with a media relations rep about the issue. She told me she is looking into the situation, but due to federal regulations, could not disclose personal information from Gardner's account. Gardner hopes the company will show him a little mercy.

"I expected the bigger guy to be more understanding with people below them, you know? Like help a guy who needs help. I barely make enough money to pay my bills as it is and they are going to stick me with this $1,200 charge? How am I going to pay that?" Gardner said.

The company told Fox 47 they credited Gardner's account to zero. The company also thanked Fox 47 for giving them the opportunity to resolve the issue.

The Better Business Bureau gives WOW! Cable and Internet an "A" rating/