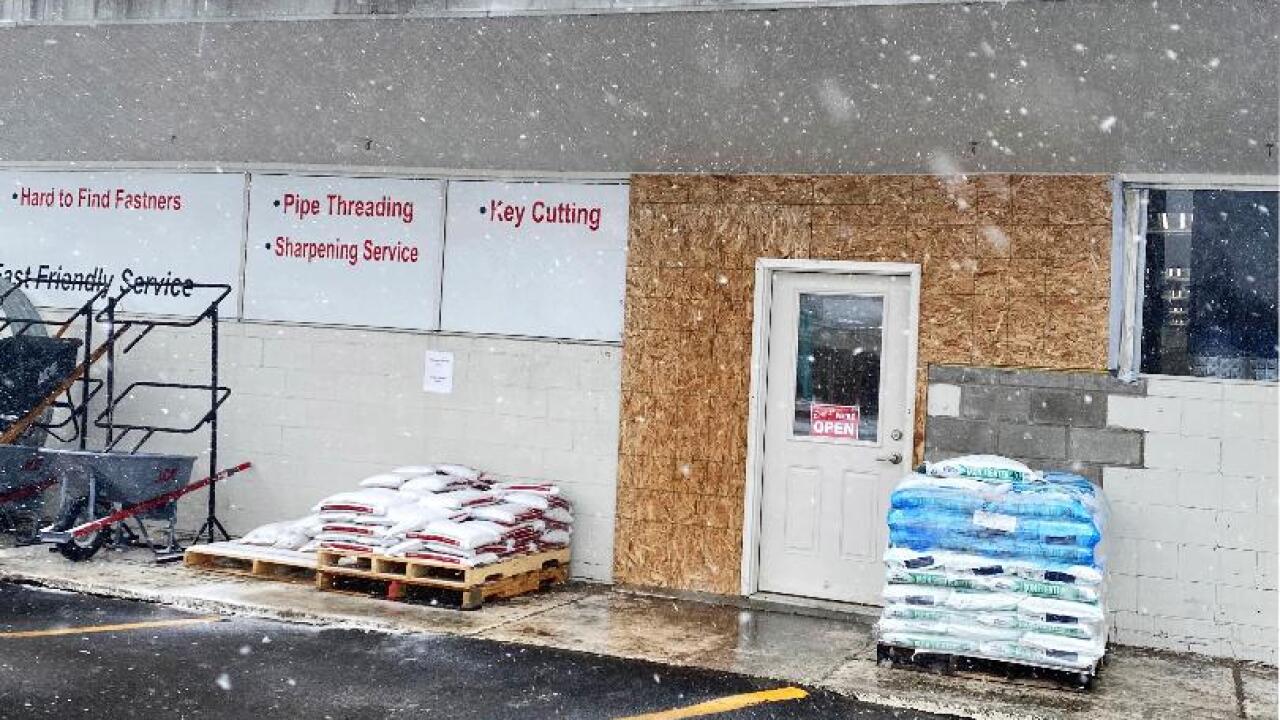 LANSING, Mich. — The man allegedly responsible for stealing a vehicle and driving it into two party stores was arraigned in Ingham County on Thursday.

Dustyn Lee Stone, 18 from Lansing, was arraigned on the following charges:
2 counts of Breaking and Entering
2 counts of Malicious Destruction of Property over $2,000.00
Attempted Safe Cracking
Unauthorized Driving Away of an Automobile
Flee and Elude in the 3rd Degree
Four counts of Felony Firearm

The Ingham County Sheriff confirmed that there was a break-in at the Sparty Liquor Store in Delhi Township.

They say a vehicle drove through the door of the business on Tuesday morning at 2:30 a.m.

And later, deputies responded to another break-in where a vehicle had driven through the front door to get into the business.

This was at the Ace Hardware in Delhi Township.

Deputies say they located a vehicle with front end damage on Willoughby Road near Cedar Street.

They attempted to stop the driver but he kept driving until he got stuck in a "grassy area" at a dead end on Dell Road in Lansing.

Then the driver took off on foot, according to police.

Deputies said the suspect ran onto I-96 and flagged down a vehicle that was being driven by a 31-year-old Mason woman. He then forced himself into the vehicle, according to police, but took off again when she pulled out a knife.

Deputies investigated and discovered that the vehicle used in the break-ins was stolen.