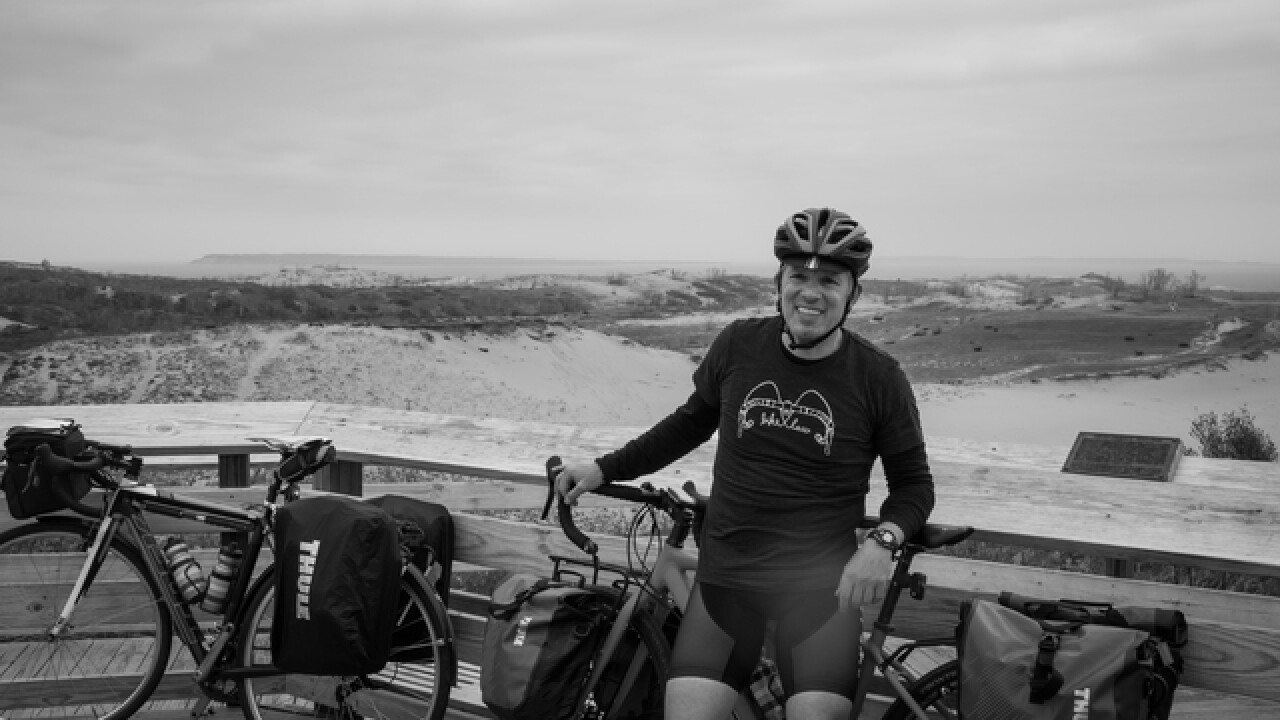 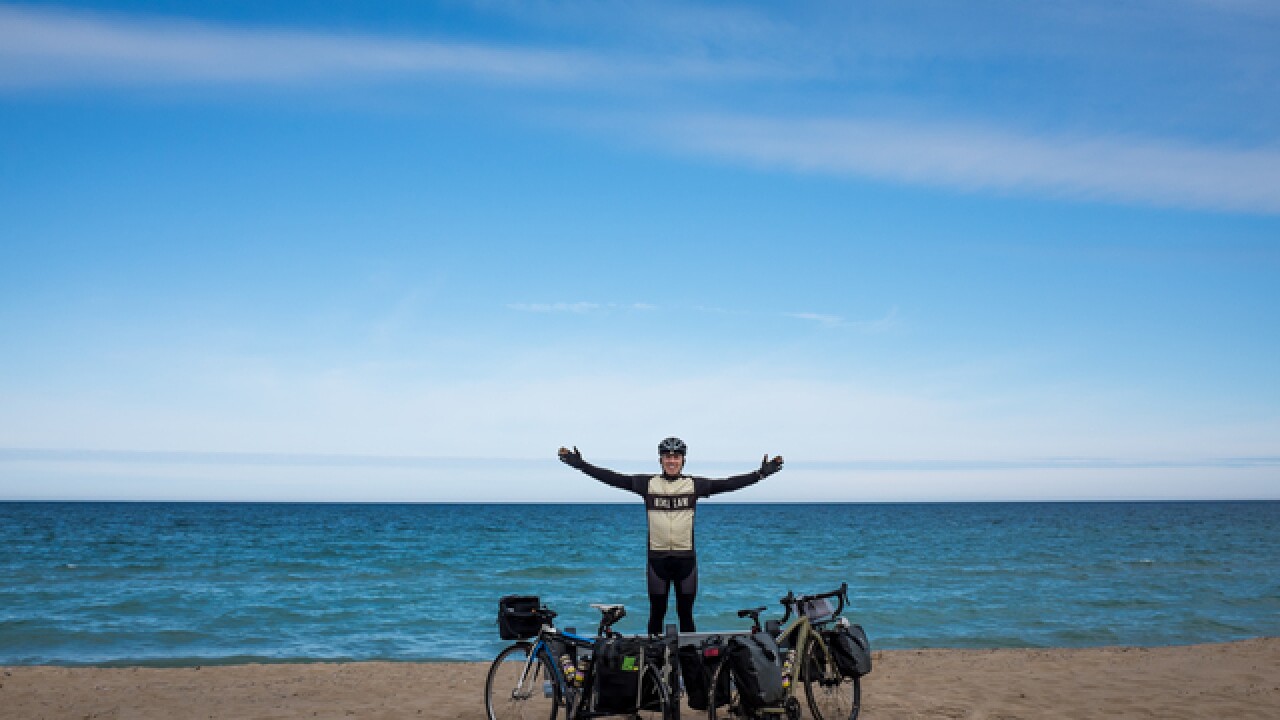 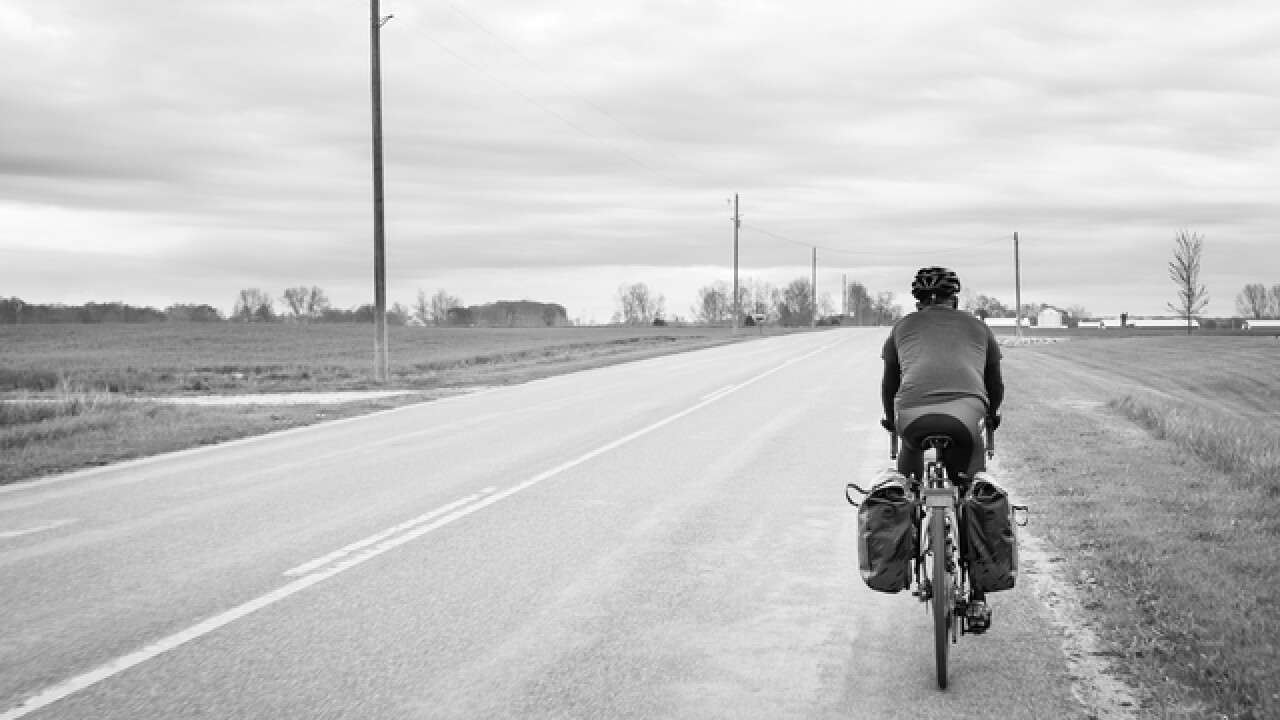 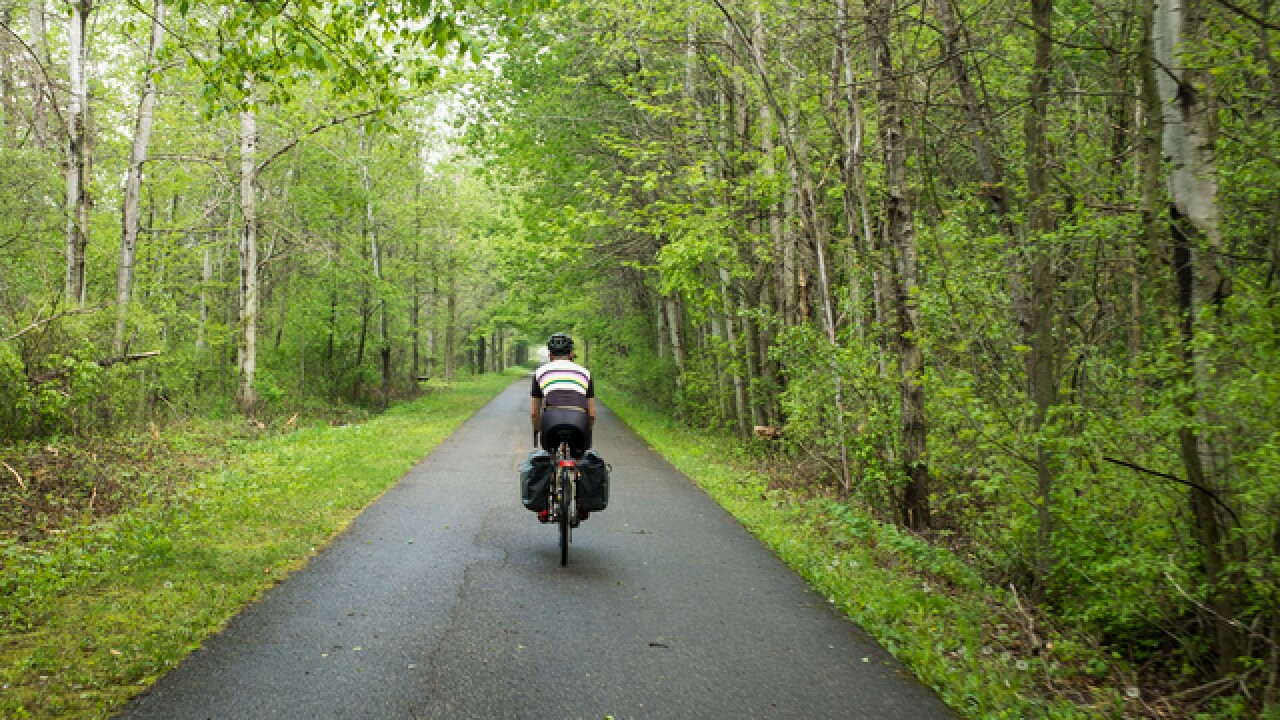 Many of us enjoy biking, but when was the last time you decided to get out and enjoy the scenery? For one Lansing attorney, biking is not only a passion, but a way to explore. A lot.

Recently, Bryan Waldman, of the Sinas Dramis Law Firm, took to the peddles and cycled roughly 250 miles over the weekend. His destination - the Lids for Kids event in Traverse City.

Waldman and a biking friend of his, left from Grand Rapids on Thursday and arrived in Traverse City on Saturday. They clocked about 100 miles per day the first two days, but this is nothing too far out of Waldman's comfort-zone. However, instead of being on a 16-lb bicycle, he is hauling nearly 50 lbs.

"It's pretty common for me to do a routine 70-mile ride on a Tuesday night," said Waldman. "But when you do it like this, you are loaded up. You are just going to be going slow and enjoying the scenery and spending a lot of time in the saddle. A lot of it is mental."

During the travel, Waldman and his riding buddy Wade Burch, were able to not only see the beautiful landscape that western Michigan provides, but also the people and towns along the way. Some of his favorite spots were the Leelanau Peninsula with the Pierce Stocking Scenic Drive, Glen Arbor, Manistee and the Hart-Montague Trail.

"There are neat little towns and restaurants," said Waldman, adding there were many highlights, with one location being the Country Diary on the Hart-Montague Trail. "Here we are, we see the cows and saw a sign that said ice cream. We knew what we were going to do. We were going to eat some ice cream."

Waldman is primarily a lawyer and father, as well as an avid cyclist with some regional and national bicycle races under his belt.

When Waldman and Burch reached their destination in Traverse City, they were greeted by dozens of children receiving free and properly fitting helmets. Lids for Kids is co-sponsored by Sinas Dramis Law Firm, and Waldman says that bicycling safety is something that should not only be practiced by children.

"It's good for kids and adults," Waldman said about bike safety. "I always ride with a helmet. It's like having a seat belt in the car. It doesn't feel right if its not there."

To learn more about Waldman and his trek, visit his blog.

For more information on Lids for Kids, click here.