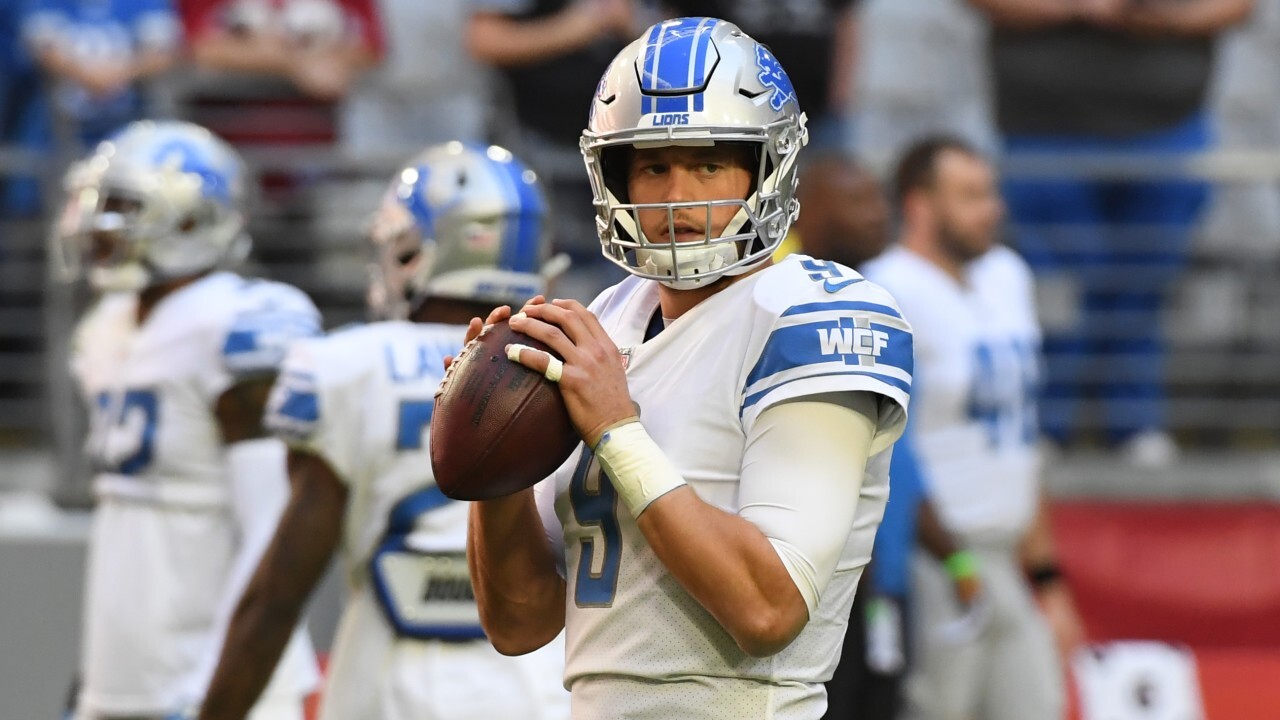 ALLEN PARK, Mich. (AP) — Detroit Lions quarterback Matthew Stafford did not join his teammates at voluntary workouts Tuesday and later in the day, his wife was packing for a hospital visit.

Stafford's wife, Kelly, announced earlier this month she plans to have surgery to remove a brain tumor . She posted on Instagram two days later, thanking everyone for an outpouring of support .

"I'm excited for this journey to come to an end and move on with my life!" Kelly Stafford posted Tuesday night.

Lions center Graham Glasgow sent Stafford a text about two weeks ago after Kelly Stafford shared details of her health and spoke to him recently.

"It seems like he's doing well and I think their family is doing well," Glasgow said.

Matthew and Kelly Stafford have three children. They began dating at Georgia, where he was the star of the football team and she was a cheerleader. She had vertigo spells within the last year, and an MRI showed a tumor on cranial nerves.

"Him and Kelly are extremely tough people and this is something that is bigger than football," Glasgow said.

Stafford, who has been at the team's training facility this offseason, was drafted by Detroit No. 1 overall in 2009. He has spent his entire career with the franchise.