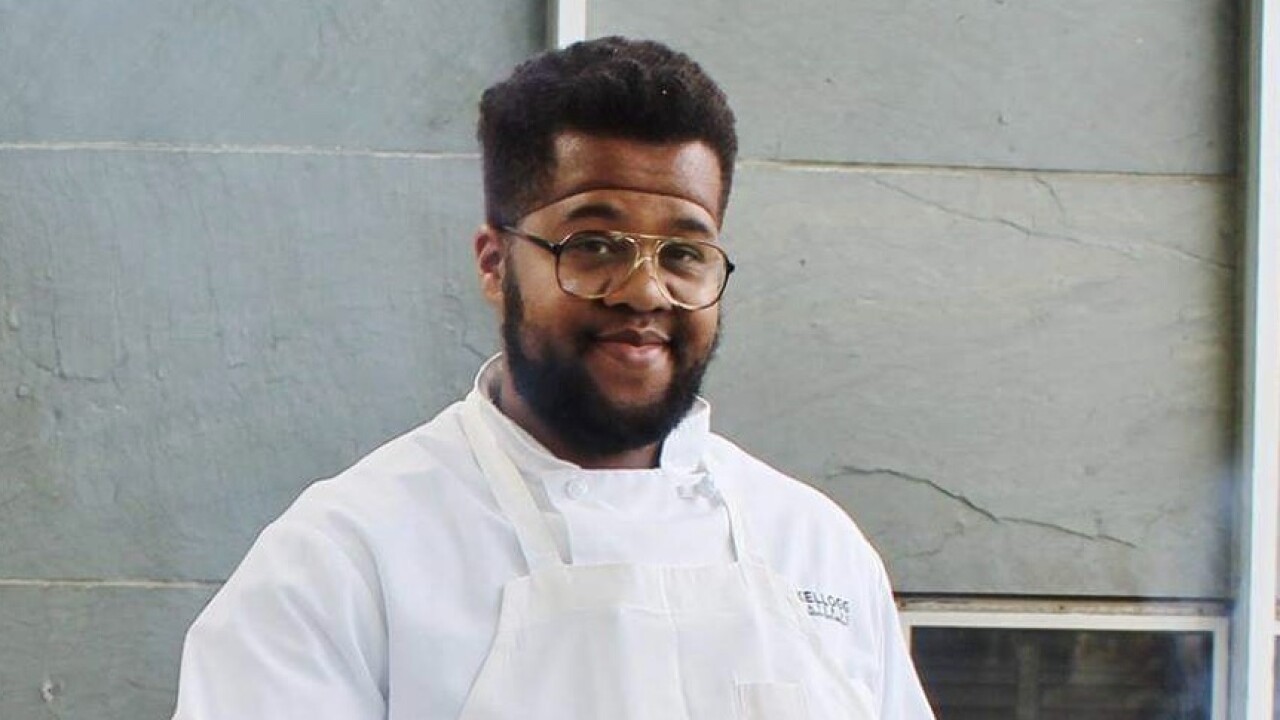 Michael Evans came to LCC with a lot of credits to make up, but was hopeful that he would finally earn his high school diploma. Often feeling like the odds were stacked against him, things began to change for Michael at LCC.

“HSDCI supported me and helped me believe in myself,” Michael said. “They made me want to take school seriously.” Upon successfully completing the program at LCC and obtaining his high school diploma, Michael enrolled in the famed Culinary Institute of America (CIA) and is now a recent graduate. He excelled at the CIA and was excited to learn from some of the top chefs in the country, including those who learned under the tutelage of Julia Childs and Anthony Bourdain.

The CIA provided Michael with countless opportunities to travel and cook, including an internship at the luxurious Four Seasons Hotel in Chicago. The CIA reaffirmed Michael’s love for baking, and it was there that he honed his craft.

“I thought I wanted to be a cop,” Michael said. “After spending some time working in security at a local hospital, I realized that wasn’t for me.”

LCC’s Dr. Toni Glasscoe, Associate Vice President for External Affairs, Development & K-12 Operations, has known Michael since he was young. She first met him and his family while she was on staff directing children’s programs at a church they all attended.

Today, Michael works at a small bakery in the Detroit area as an assistant, and in the research and development of new menu items. He dreams of one day opening his own bakery that also functions as a teaching kitchen for youth, so they can have exposure to the industry without having to pay tuition.

As thoughts turn to holiday meals, Michael says his favorite dish to prepare is macaroni and cheese. “I make the best mac and cheese in Michigan, at least I think so,” Michael said. “I've worked on the recipe for about two years now and I'm sure it's the best.”

When asked how Dr. Glasscoe influenced him, he glows.

“Looking back, I really see how she instilled honesty in me, honesty with myself.” Michael said, “One of my biggest challenges is I can be lazy, and she wasn't about to allow me to do that, to blame everyone else and not confront my own issues. I really began to check myself for my areas of weakness and now I can compensate when I know I'm feeling a bit slow and think to myself ‘Am I actually tired or am I just being lazy?’ If it’s laziness, I know to just work through it. One thing that she said to me that will stay with me forever is to ‘Do what you have to do now, so you can do what you want to do later.’"

Dr. Glasscoe is clearly proud of Michael. Her advice to him is: “Seek out and value committed relationships; don’t try to go it alone. Always have personal integrity and take individual responsibility. You have found your passion, Michael, now make it a career and never work a day in your life.”

Another successful chapter closed for an LCC HSDCI student. We are certain that 2021 will hold many more. Learn more about the program online. [lcc.edu]