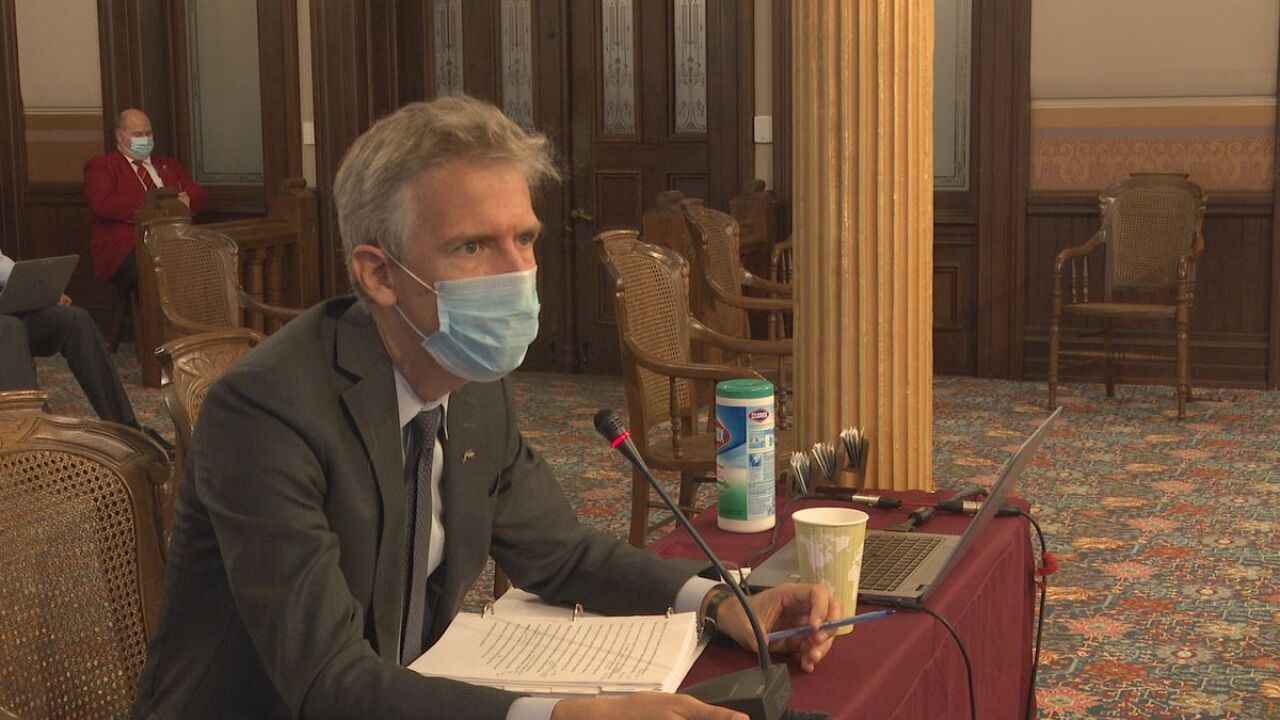 LANSING, Mich. — Michigan Department of Health and Human Services Director Robert Gordon testified to state lawmakers on Thursday about the department's handling of contact tracing for the coronavirus.

The Joint Select Committee on the COVID-19 pandemic focused specifically on the department’s decision to hire a firm with political affiliations in March. Governor Gretchen Whitmer quickly ended the contract after receiving widespread criticism for the move.

Gordon started off by apologizing for what happened.

“Aiming to save lives and under extraordinary pressure and under our legal authority, we at MDHHS made a mistake entering this contract. I take responsibility for that mistake. Governor Whitmer did the right thing instructing us to cancel the contract before even one dollar went to the vendor,” said Gordon.

Some of the lawmakers main concerns were about the political ties and the intent behind the decision. Gordon told them there was no hidden intent.

"The decision had no political motive. The only goal in contacting this firm and working with them was to do the work quickly and well.There is zero evidence to suggest that anyone at MDHHS or affiliated with MDHHS was trying to help a political cause because nobody was," said Gordon.

Gordon said they asked the company, Great Lakes Community Engagement, to erase all of the stored data.

Lawmakers also asked about staff and consultants involved with the decision, their motives and qualifications. The committee originally asked for Andrea Taverna, senior adviser on opioid strategy, to testify, but the department sent Gordon instead.

"The staff involved were not political animals and did not have the political experience to know the platform in use was also used for political campaigns," said Gordon.

There were other lawmakers on the committee like Sen. Curtis Hertel (D-East Lansing), who disagreed with the line of questioning.

"I'm sure it always makes interesting headlines on stuff but there was no actual there, there and this committee in my opinion, should be spending more time on actually solving the state's problems than this political nonsense," said Hertel.

Gordon told the committee the state has made more than 90,000 calls related to 19,000 cases and are working on improving those numbers.