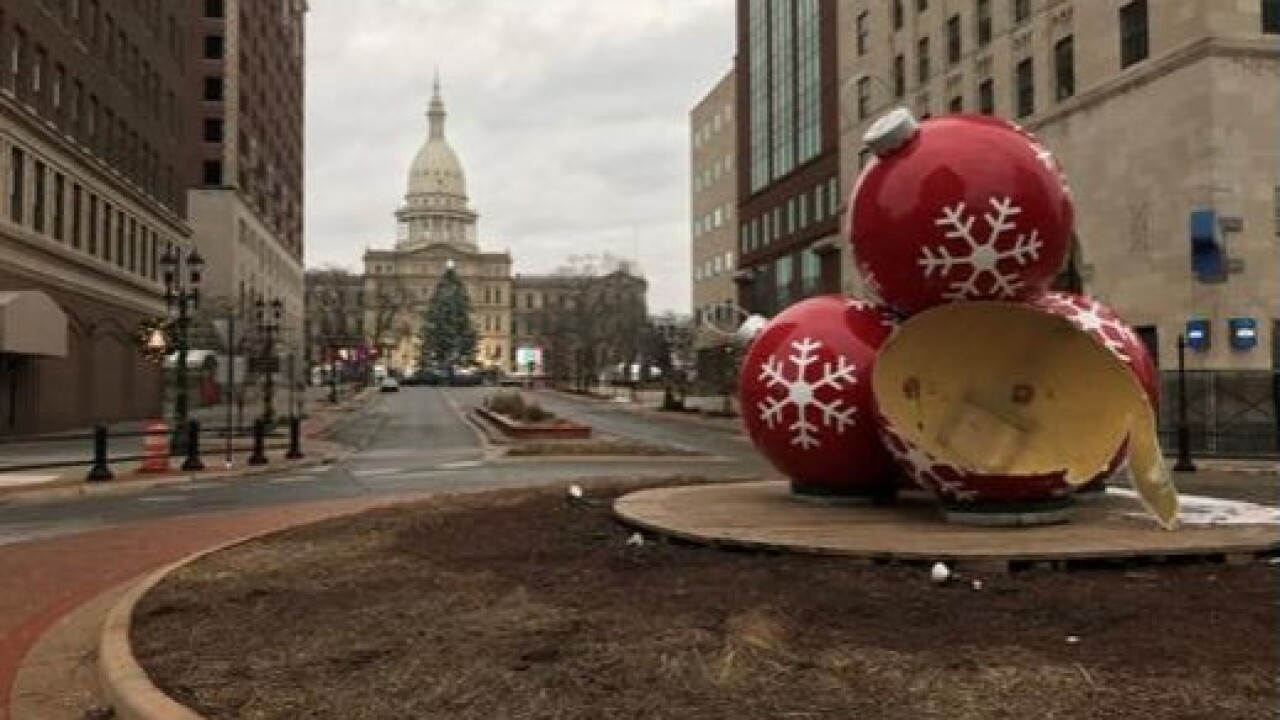 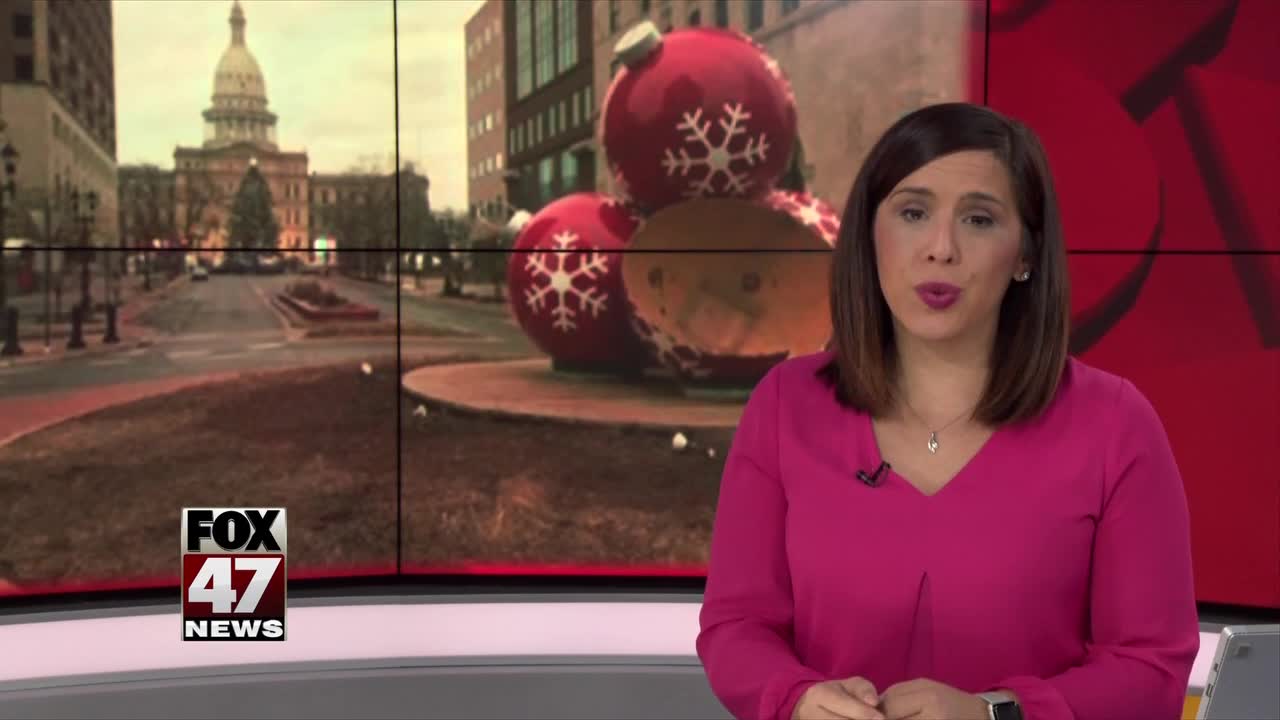 LANSING, Mich. — The city’s stack of four holiday ornaments that were displayed downtown for a decade may be gone for good.

City officials have decided it’s best to not pay up to $7,500 to have them repaired after a vehicle clipped them December 30, 2018.

Police were never able to identify a suspect.

"Where our budget is at and where the city budget is at, we just didn't feel comfortable spending that money to replace and repair the ornaments," said Cathleen Edgerly, executive director of Downtown Lansing Inc.

The ornaments, made of fiberglass, were displayed at a roundabout at Michigan Avenue and Washington Square each November and December since 2009.

Crews installed them before the city’s annual Silver Bells in the City holiday event.

This year’s event is November 22.

It will include a parade, fireworks show in front of the State Capitol and several family-friendly activities.

As of right now, there are no other plans for the space.

"We've had people say that it could be a rotating exhibit so we could have different pieces so it wouldn't just be one piece. If people have ideas, please send them to us. I think it's a really, it's all of our space and so it would be great to talk about what to do next," said Samantha Harkins, Lansing’s Deputy Mayor.

City leaders say if the community wants to put together a fundraiser to fix the ornaments, they'd consider bringing them back in the future.

Officials discussed last year installing a sculpture at the roundabout.

The Capital Region Community Foundation confirmed last year it would invest $100,000 to build a year-round, permanent sculpture in that space.

Officials did consider four sculpture designs last year, but decided to hold off on selecting a design concept.