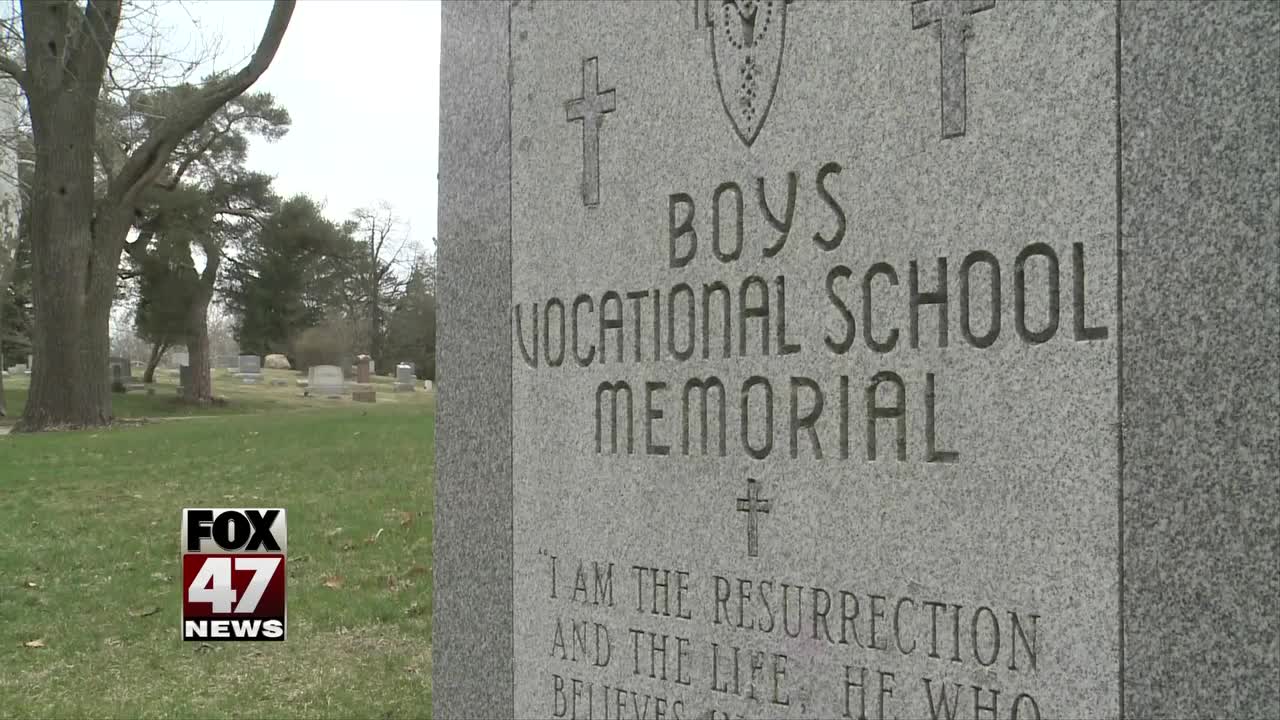 There are 60 unmarked graves at mount hope cemetery in Lansing, all of them belonging to young boys who died at a vocational school.

LANSING, Mich. — There are 60 unmarked graves at mount hope cemetery in Lansing, all of them belonging to young boys who died at a vocational school.

Now there's a new effort to put names on them.

This isn't the first time someone has tried to get the graves marked.

The people involved don't think it's fair the boys buried there are unidentified.

"I think we need to recognize everybody's existence. Everybody needs to be known that they were there," said Loretta Stanaway, President of Friends of Lansing's Historic Cemeteries.

Sixty unmarked graves of boys who died while wards of the state at the Lansing boys vocational school, who without Loretta Stanaway would go unidentified.

"Most of these boys lived good lives, they just had a small blip in their existence, where they got in trouble or their families couldn't afford to feed or clothe them, care for them medically, or they were orphaned," said Stanaway.

Stanaway says some were in there because they stole as little as $2.25.

Be it stealing or worse, Stanaway says they deserve proper recognition.

"Whether they're a good or bad person...whether they lived a good life or not."

The effort to get the graves marked is gaining traction.

People are reaching out to Stanaway and other volunteers on social media, offering support, as well as a bit of history.

"It’s been extremely interesting to hear some of the stories that we are hearing from people who had family members that worked at the school, were residents, or they themselves had been residents, we're starting to hear these stories coming out," said Stanaway. "We've had calls, emails and other contacts from people across the country, and they think it's a very worthy cause..."

And with that feedback, there's a shared reaction that the fundraising is long overdue.

Stanaway is helping host a dog costume contest as a fundraiser later this month.

She’s hoping to raise eighteen thousand dollars throughout the year to mark the graves.