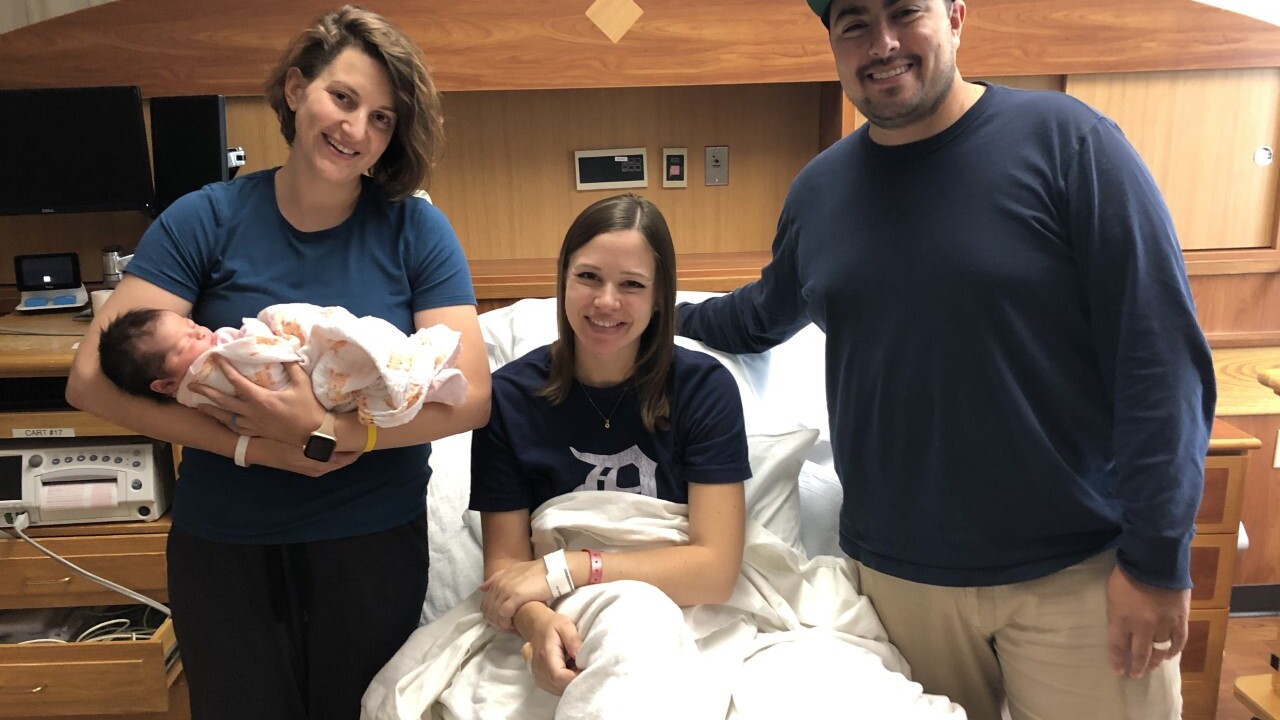 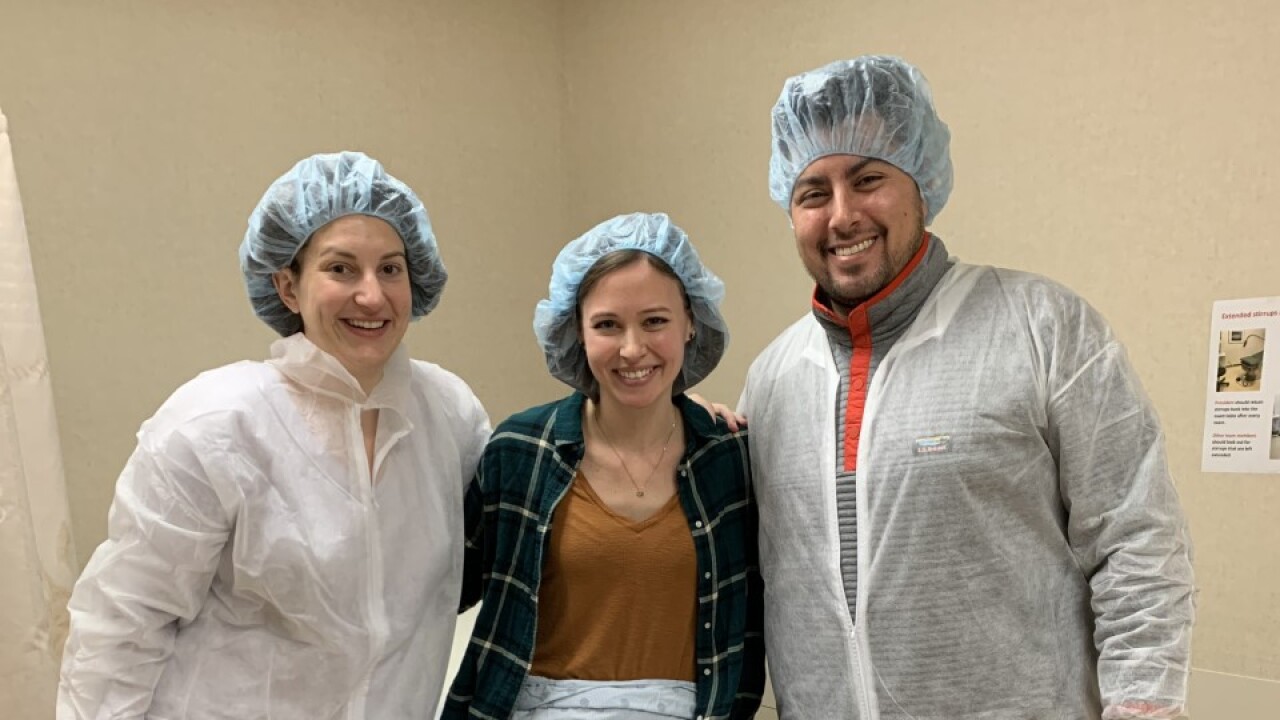 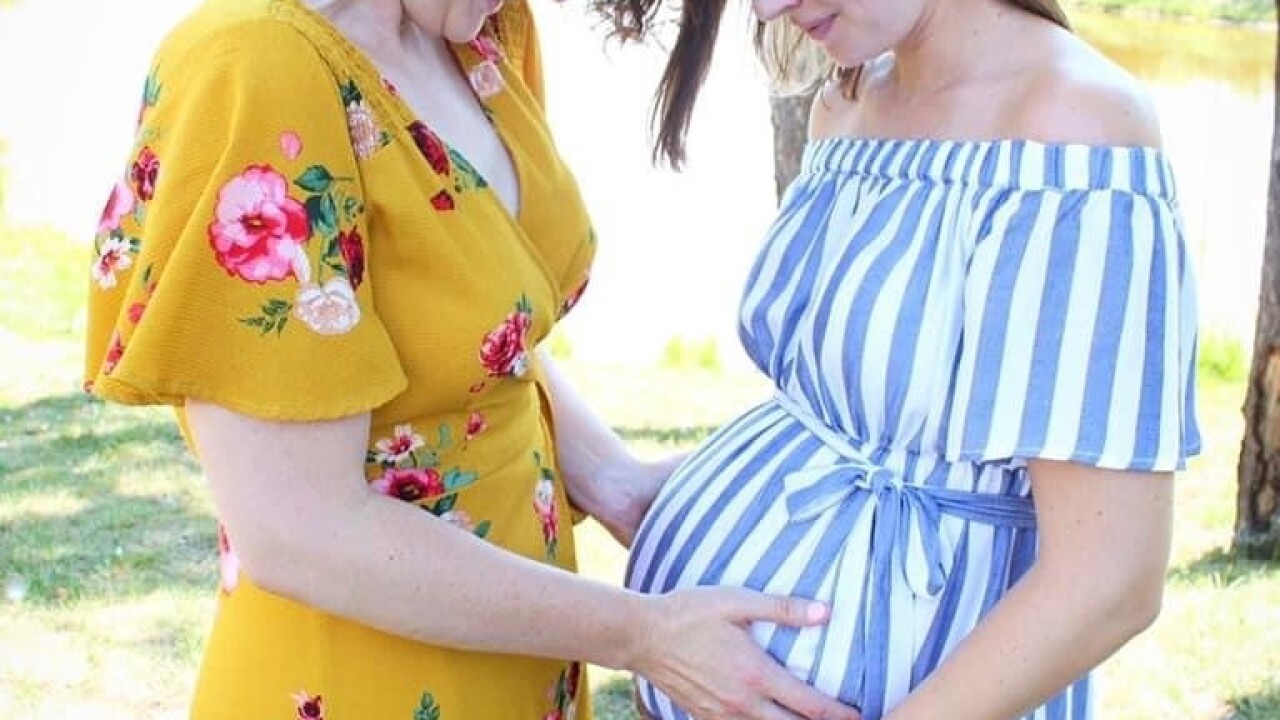 LANSING, Mich. — In May of 2007, Katy Sanchez (Potocki) and Christy Acevedo (Brown) would have been standing just feet apart from each other in the Perry High School gymnasium getting ready to receive their high school diplomas. More than a decade would pass before they would be that close again, and for a reason neither could have ever imagined.

Sanchez married the love of her life in May of 2017. Ten weeks later she was diagnosed with a glioblastoma multiforme IV after her optometrist found elevated intracranial pressure during an eye exam. She had a CT scan completed, and the tumor was removed four days later.

Within weeks of tying the knot, the couple jumped right to the “in sickness and in health” part of marriage, and their lives became filled with doctors’ appointments and traveling to meet with specialists in the field.

After completing treatment, Sanchez was accepted into a clinical trial at Cleveland Clinic where she receives an injection and MRI every 10 weeks to help combat the glioblastoma if it were to reoccur, which is known to happen with this type of cancer. Sanchez is now celebrating three years without a reoccurrence of cancer. However, this experimental treatment comes at a cost.

“We learned before agreeing to participate in the clinical trial that we wouldn’t be able to get pregnant, despite being able to, physically,” said Sanchez. “Since it is unknown how the medication could affect a growing fetus, it would be unethical to become pregnant and continue to participate in the trial. Since the treatment has been very successful it wasn’t a choice for us to discontinue my cancer care treatments.”

The couple then began to research gestational surrogacy.

“We weren’t sure of the status of my eggs post-chemotherapy so we went to a doctor and found out my eggs were healthy,” said Sanchez. “That started us down the path of finding a gestational carrier.”

The couple then turned to Facebook. It was clear that they were going to have a long road ahead finding someone to help them grow their family. They posted on the social media site about looking for a surrogate and an old high school friend of Sanchez’s, who is a nurse at McLaren Greater Lansing, answered the post offering to help.

“I just felt this undeniable calling from God; that’s the best way I can describe it,” said Christy Acevedo, nurse at McLaren Greater Lansing. “We went to high school together, and I saw her post on Facebook. I reached out to learn more about her story. My husband and I talked about how blessed we were to have our two girls and the opportunity to give that to someone else. We realized the sacrifice it would be, but also that it was a short time in our lives to forever change theirs.”

The dream team was formed. Sanchez and Acevedo, along with their husbands and families, began the process of creating a life. In Michigan, there are a lot of legalities that the couple needed to go through, including counseling, retaining an attorney to obtain a pre-birth order and draft a surrogacy agreement, and signing contracts. In our state you also can’t compensate a surrogate for carrying your baby; it’s called compassionate or altruistic service surrogacy and there is no payment for carrying and birthing the baby.

After jumping over many hurdles, transfer day to place the embryo was scheduled for January 15, 2020. “I covered the day in prayer, and kept reminding myself I had done everything I could to make this successful, although I was still very anxious and excited,” said Acevedo.

“Transfer day was very emotional,” says Sanchez. “It was just incredible. I was holding Christina’s hand and we were both crying. I was able to watch our embryo be placed on a big screen. During that time, I did still have lingering feelings of wishing that I could be the one to carry my own baby. But when I saw the embryo be perfectly transferred to Christy, I was so overjoyed to know that the baby would be safe, and that my husband and I would have a chance at having a genetic child. I occasionally still have sadness around the idea that I may never get to experience carrying my baby. But, looking back, I would never change the way our baby was brought into the world. It was so incredible, we all worked so hard to get to that transfer day.”

Sanchez and Acevedo found out that the embryo had implanted successfully right around the same time that the coronavirus had made its way to Michigan and locked down the state.

“I work as a floor nurse in a float pool at McLaren, and that already comes with potential concerns,” said Acevedo. “The concern for my health, let alone the baby’s health, increased exponentially once we started caring for COVID-19 patients.”

The ability to have routine dinners and check-ins was also put on hold because of the pandemic, but Acevedo always sent pictures, videos, and updates to Sanchez as the baby began to grow.

“Once the pregnancy reached 10 weeks, we received care from Dr. Theresa May-Hartle at McLaren DeWitt Women’s Health, who was amazing,” said Sanchez. “She really took an interest in our story, and was so amazing at appointments including with me. It’s hard not to feel like the third wheel in the room, but Dr. May-Hartle always referred to me as ‘mom,’ and made sure that I was a part of the whole process and plan. No one ever came in a room wondering who I was.”

Pregnancy during a pandemic comes with many unknowns that the couples encountered when it came time to deliver, including questions like who would be able to be there and what the delivery would look like. Fortunately, delivery day went smoothly, and both couples were able to be there for the birth.

“The whole experience was amazing,” said Sanchez. “My husband and I were able to have our own room, so we could bond with the baby immediately. It was so nice being at the hospital for those two nights; we were ready to go home but we appreciated having the nurses help while we were there. It was also nice that Christina had privacy with her husband during labor.”

Baby Sanchez was born on October 1, 2020. She weighed 8 lbs. and 5 oz., and was 20.5 inches long. One of her two middle names is Christina in honor of Acevedo. She was born with dark hair and eyes, and she looks just like Acevedo’s two girls. All three girls were born within an ounce of each other’s birth weights.

“I was very forthcoming with sharing this amazing story while I was pregnant. And with that came many questions from people. Most would ask how I would feel after birth and giving the baby over to her mom and dad. I never felt like I was giving her away; she was always Katy and Josh’s,” said Acevedo. “It's a relief to have my part be completed, and both the baby and I are safe and healthy. It’s still so amazing to me what we were able to accomplish in a year. A baby was born, yet, so were a mother, father, grandparents, aunts, uncles, cousins, and so on. The journey has been very humbling.”

These two families have become almost like one big family over the past year, and Baby Sanchez now has two older “sister friends,” to grow up with.

“She is a mellow baby. We joke that Christy’s calm and quiet demeanor transferred over to our baby girl during the pregnancy. We are so happy to have her here at home. We are beyond fortunate to have Christy come back into our life, and to have incredible care for her and our baby at McLaren.”