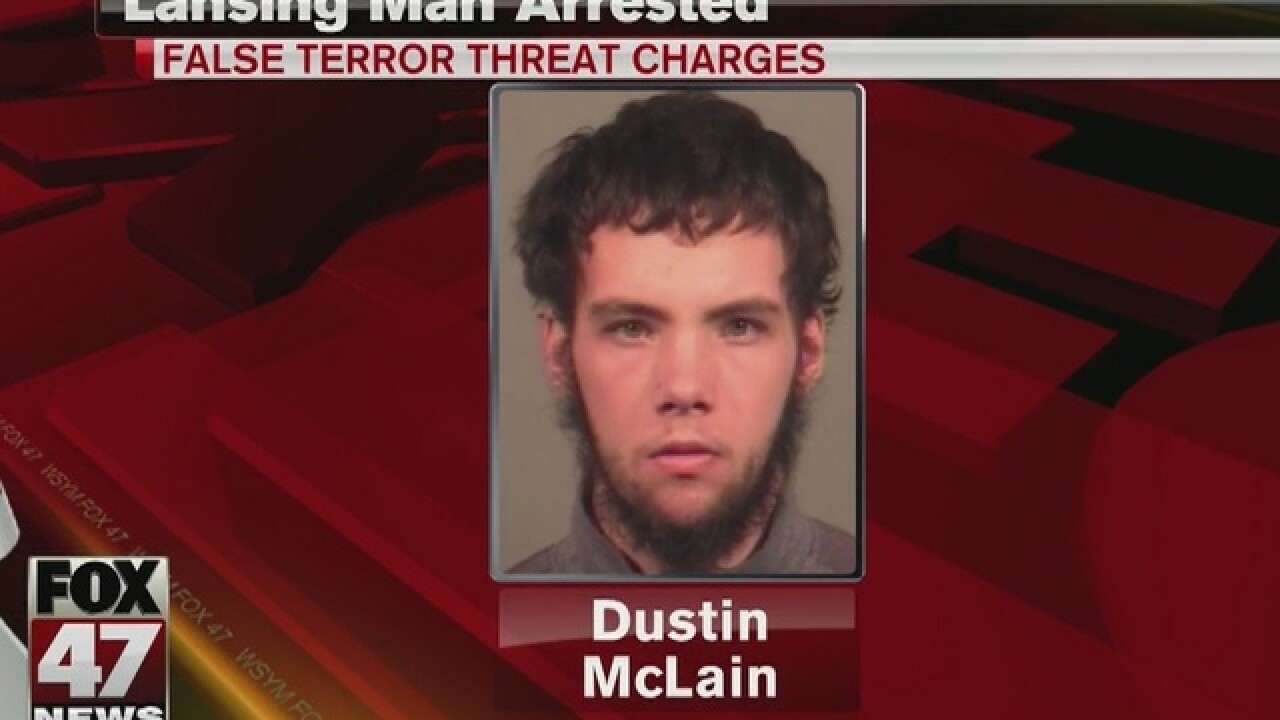 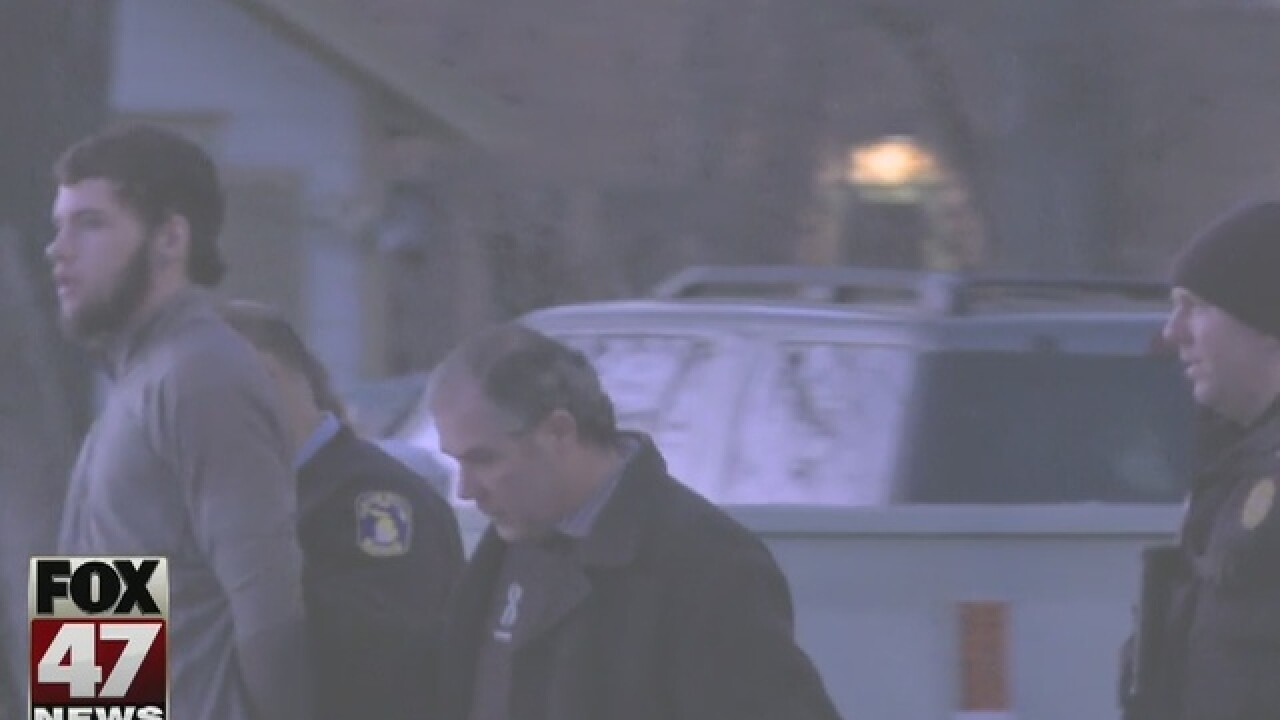 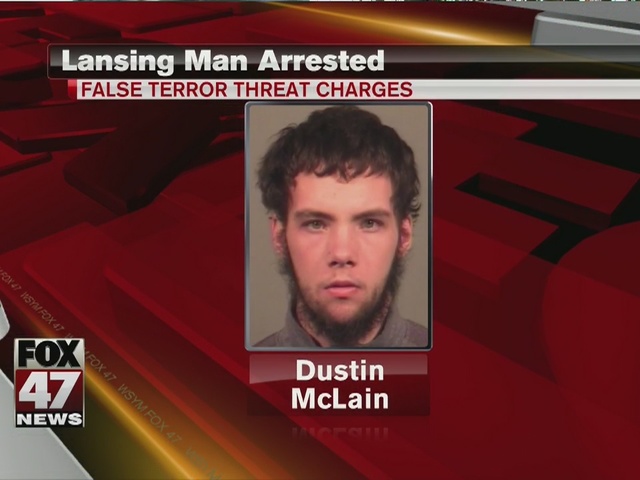 A man from Lansing is charged with making a fake terrorist threat.

We were there when Dustin McLain was arrested following a standoff in Old Town Friday evening.

Police and the FBI tracked him down in the 1400 block of Center Street a few hours later.

McLain was arraigned Sunday on counts of making a false threat of terrorism and using a computer to commit a crime.

Investigators are not saying what he threatened to do or to whom it was directed.