Competed for Haiti U20 national team during 2018 CONCACAF U20 Championship 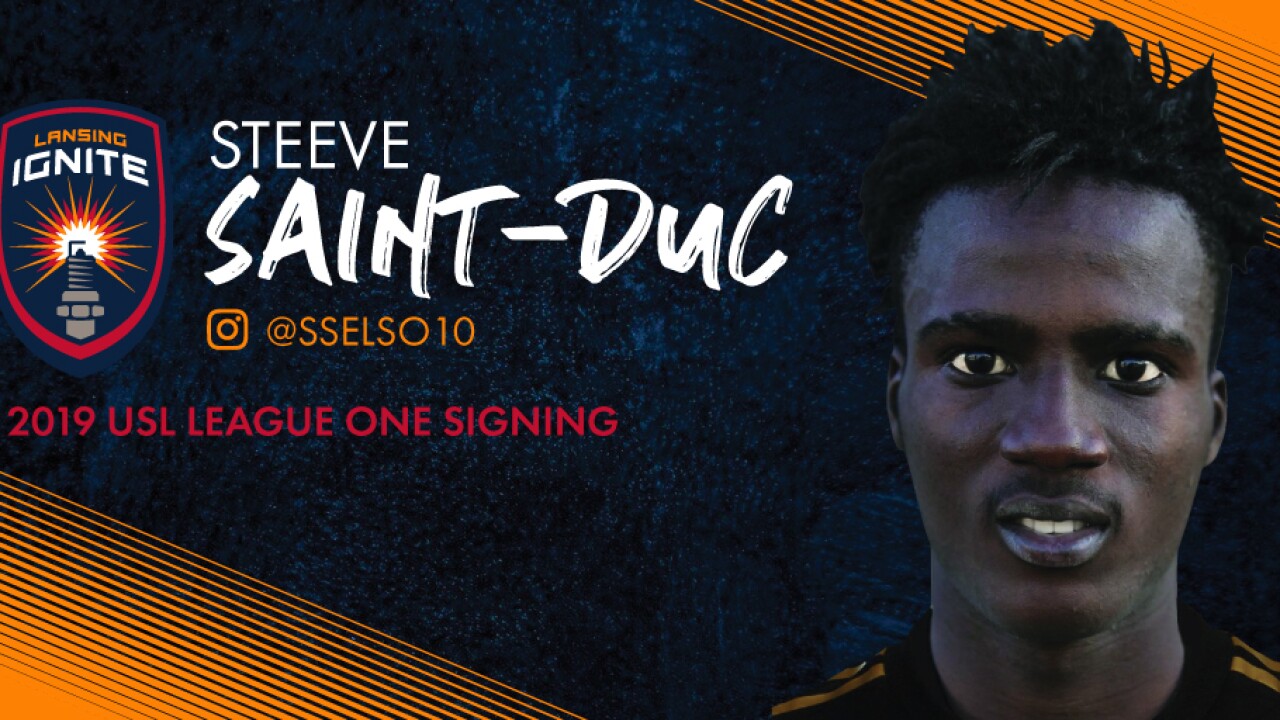 LANSING, Mich. — Lansing Ignite has unveiled Haitian international Steeve Saint-Duc as its sixth player signing ahead of the inaugural season in USL League One, pending league and federation approval.

The 19-year-old winger has made multiple appearances for his country at various youth levels, most recently for the Haiti U20 national team during the 2018 CONCACAF U20 Championship in November. He rose to prominence on the international scene in 2016, being named Most Valuable Player after securing Golden Boot honors with five goals and leading Haiti to the Caribbean Football Union’s U-17 Championship. In 2017, he was named captain for the Haitian U-17 side during the 2017 CONCACAF U-17 Championship.

“Steeve is a top prospect with unbelievable potential,” Lansing Head Coach Nate Miller said. “His ability to break the game open with one-v-one play is exceptional. The sky is the limit for Steeve as he has special tools to unlock the opponent in the final third. He plays with excellent energy and personality, and is going to make an immediate impact in our league.”

“I’m excited to join Lansing Ignite to further my development as a player,” Saint-Duc said. “I can’t wait to join the Lansing community and start playing in front of The Assembly Line and all our supporters.”

Players will report to Lansing for training in February 2019. Lansing’s first match of the season is set to kick off on March 30 in Richmond, Virginia, while the team will host its home opener against the Kickers at 7 p.m. ET on April 13 (BUY TICKETS [lansingignite.com]). For more information on Lansing Ignite, follow the team on Twitter, Facebook and Instagram [instagram.com].