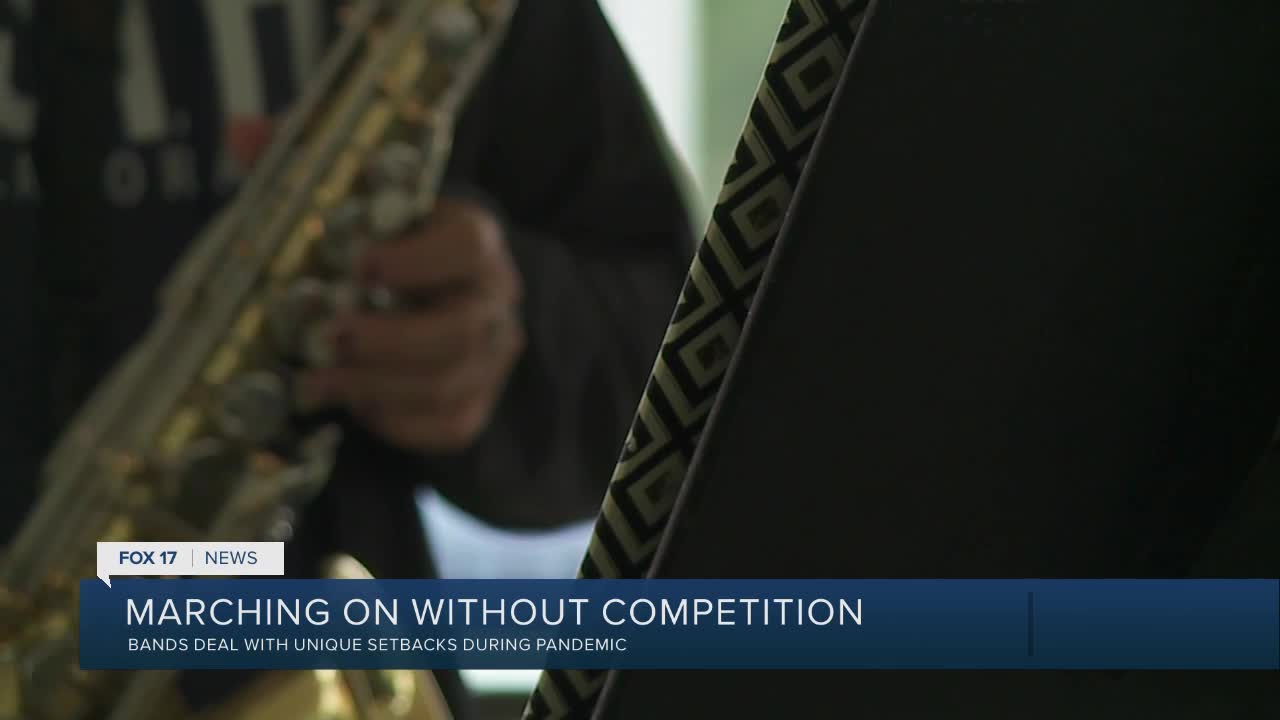 Spaced six feet apart and practicing outside, marching band looks different this year for students at Jenison High School because of COVID-19.

However, West Michigan bands now face a new challenge - How to get on the field?

This summer, Bands of America, the national competitive circuit for high school marching bands, and the Michigan chapter cancelled all of its fall competitions.

Last week the Michigan High School Athletic Association announced marching bands could not participate in football games. MHSAA says the activity is not covered under the association’s insurance policy and would be a liability.

“I was just really disappointed,” said Madelyn Schab, head drum major. “A big part of the process of marching band is we all come together and create a show and then getting to perform that shows they’re apart of something bigger than themselves.”

“It’s been very tough to change your perspective with what the season would look like,” said Rylee Webb. “Usually we’re working towards those competitions and performances.”

“We don’t have that extrinsic motivation of competing against other bands,” said Zamborsky. “To not even have the opportunity to perform in front of a packed stadium, it does diminish, I think, the end product or the end goal of what the students have to look forward to.”

The band is marching forward though with or without the chance to play.

“I think it’s kind of taught us that marching band is more than those competitions,” said Webb.

“We all have down days where the disappointment hits a little harder, but I’ve still got 170 awesome kids that are still showing up to rehearsal and giving it their effort and enjoying the time that we’ve got together,” said Zamborsky.