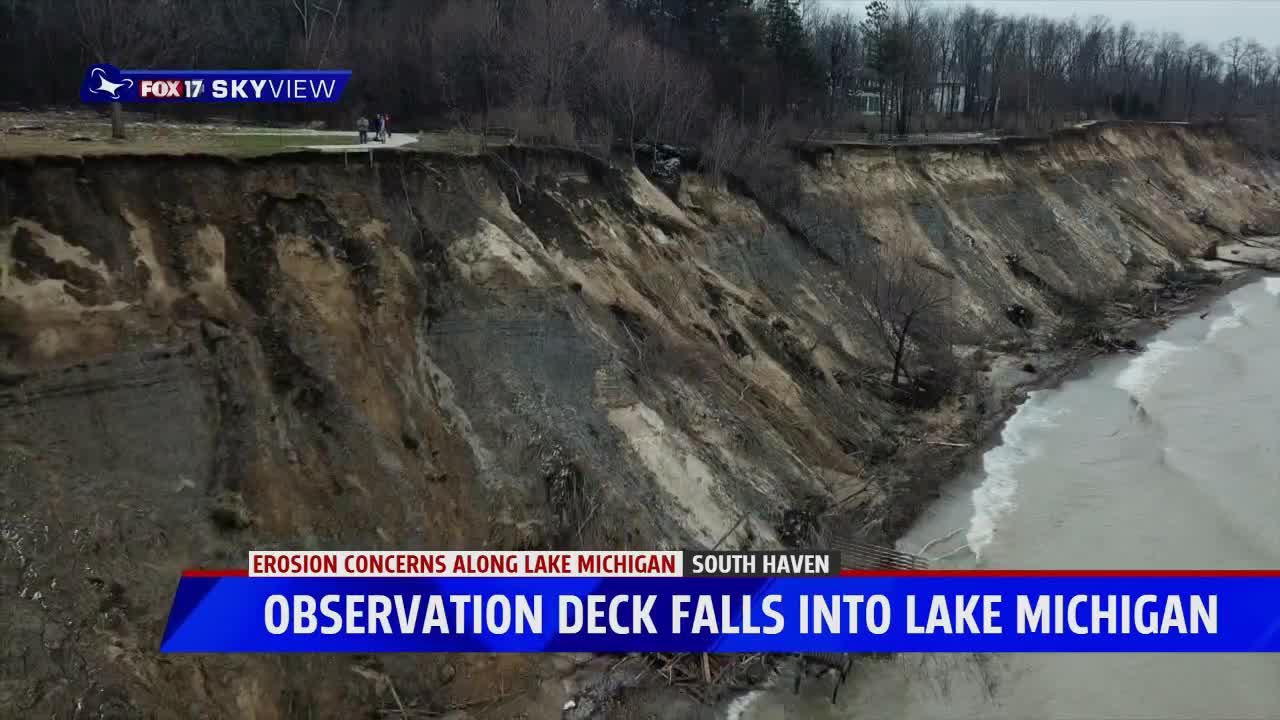 Casco County Township Park was always the perfect hideaway for local residents, said Sandy Haga who’s lived in the area for years. Whenever South Haven was packed with tourists, especially during the summer, locals headed to the park.

“This is a place where a lot of us come and somebody has designated it kind of pure land,” Haga said. “They wanted to keep it beautiful for people to come and just kind of unplug and enjoy.”

Lately that’s been hard to do, she said. The shoreline at the park continues to erode. Its stairs, and most recently the observation deck, has fallen into Lake Michigan.

“Remember when we were here,” Haga said, recalling the time a FOX 17 crew stood on the deck on October 29, 2019. “We were standing right on the corner of the deck. And now it is absolutely gone.”

Casco Township supervisor Allan Overhiser said the moment the deck began to crumble, they decided to to remove the whole thing for safety concerns.

Haga said she believes the erosion has taken 10–15 feet of the shoreline this year.

“Oh, it’s awful,” she said. “It just keeps taking more land and a lot of people are kind of losing hope as far as what to do.”

Haga said some residents and property owners along the lake are bringing in large rocks to halt the erosion. However, that’s very expensive.

“Some people have [the money], some people don’t,” Haga said. “When one person puts up a wall it can kind of cause problems for somebody down the lakeshore a little bit.”

Haga suggest putting in vegetation to make the ground sturdier. However, the water level, which continues to rise, will take that out too.

“You can’t beat the lake. She’s got more power than any of us,” Haga said. “You have to respect her. And, I kind of think that we need to work with her.”