KKK, racial slur painted on building on the campus of Eastern Michigan University 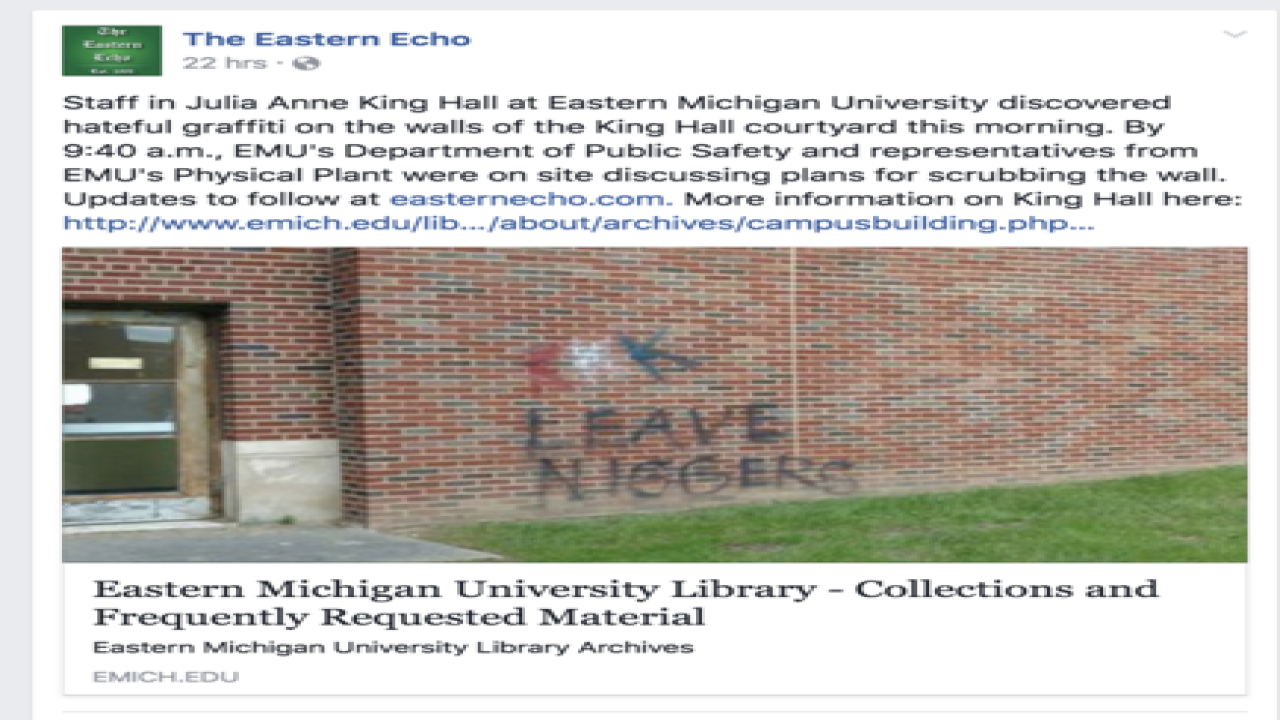 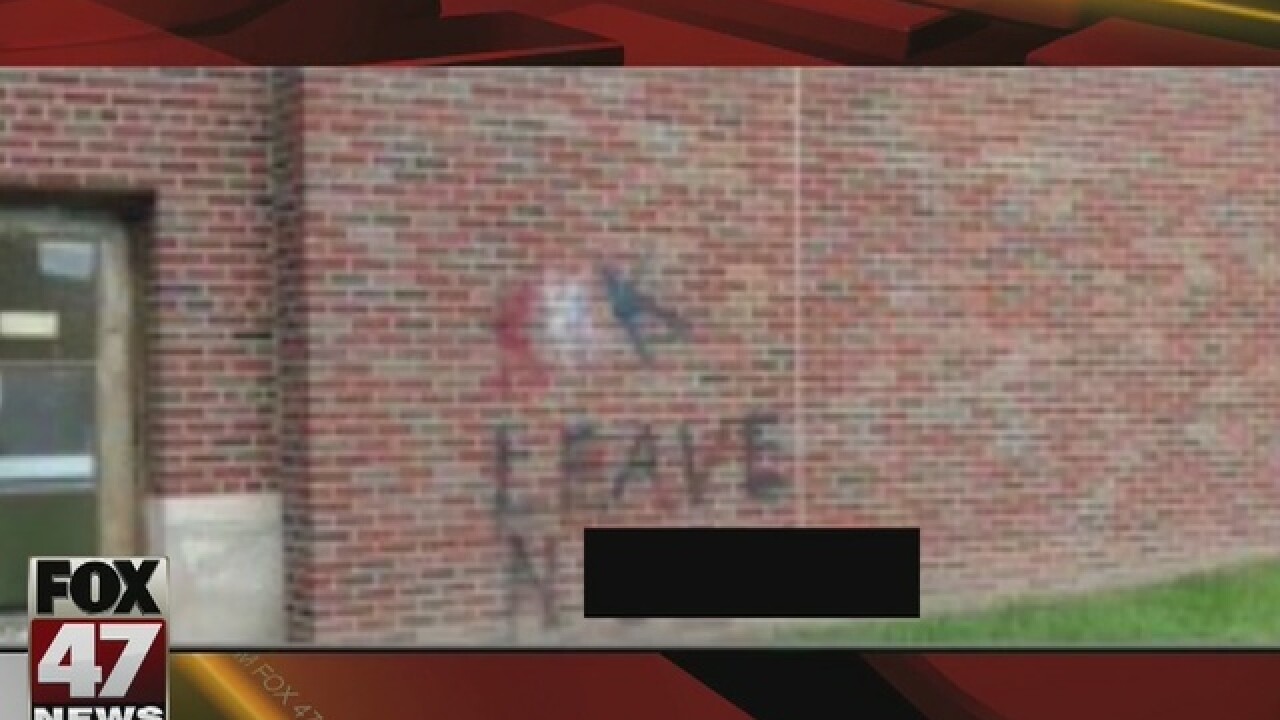 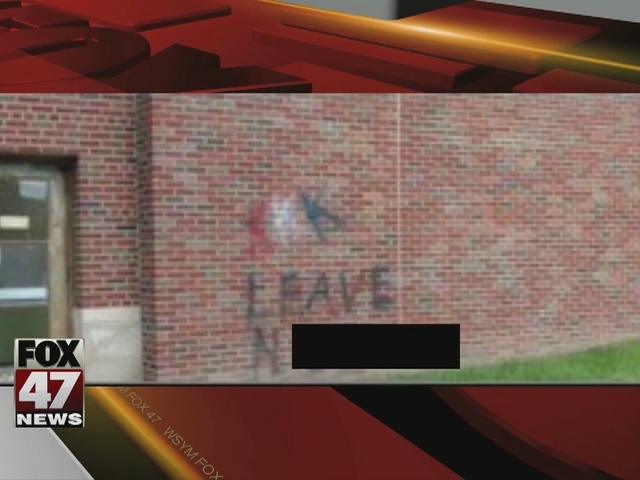 A racial slur painted on a building on the campus of Eastern Michigan University has sparked outrage.

Early Tuesday morning someone spray painted the letters KKK in various colors on a campus building and underneath was a racial slur that said "Leave N******". The graffiti has since been removed but EMU students are angry. Some marched last night demanding answers as to why this happened.

Police are investigating. The incident happened in a low-lit area but officials are hopeful it was caught on a security camera. Eastern Michigan's president issued a statement condemning the act and vowing there would be a full investigation.