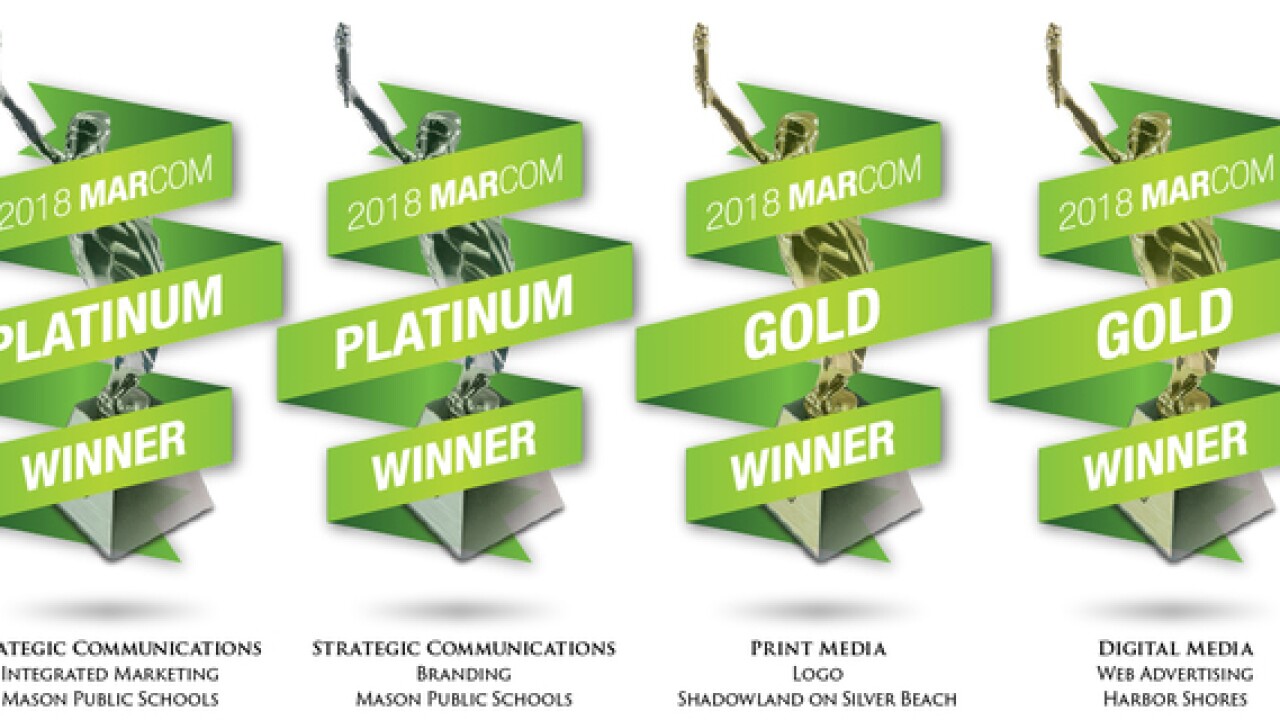 Local marketing and advertising agency King Media won two platinum and two gold awards from MarCom, one of the largest, most-respected creative competitions in the world.

The platinum MarCom awards recognize King Media’s efforts on behalf of Mason Public Schools, where the agency developed and executed a research-based messaging and communication strategy for the District’s informational bond proposal campaign in 2017. A similar proposal had failed the previous year, but armed with King Media’s Stronger Smarter Safer concept and a strategic communication plan, MPS passed the $69.7 million bond proposal – the largest in District history.

“We are creators of change,” says King Media president and founder Coleen King. “In Mason, we had to change the mindset in the community with an unbiased informational campaign. District leadership placed immense trust in us, and we gave them the very best of our minds and hearts. As a result, we had the privilege of playing a pivotal role in the lives of every child in Mason Public Schools. That’s why we do what we do – to make a true difference.”

The gold awards honor successful projects for event venue Shadowland on Silver Beach and Harbor Shores real estate. Both clients are a result of King Media’s expansion into Southwest Michigan, where the agency opened a second office in 2016.

King Media is a full-service marketing, advertising, public relations and digital media agency and was named the PR News 2018 Boutique Firm of the Year. King Media has two offices – East Lansing and St. Joseph – with a coast-to-coast footprint. Additional services and case studies can be found at KingMediaNow.com.

MarCom Awards honors excellence in marketing and communication while recognizing the creativity, hard work and generosity of industry professionals. Each year, about 6,000 print and digital entries are submitted from dozens of countries.