Kids are chucking the helmet for flag football fundamentals 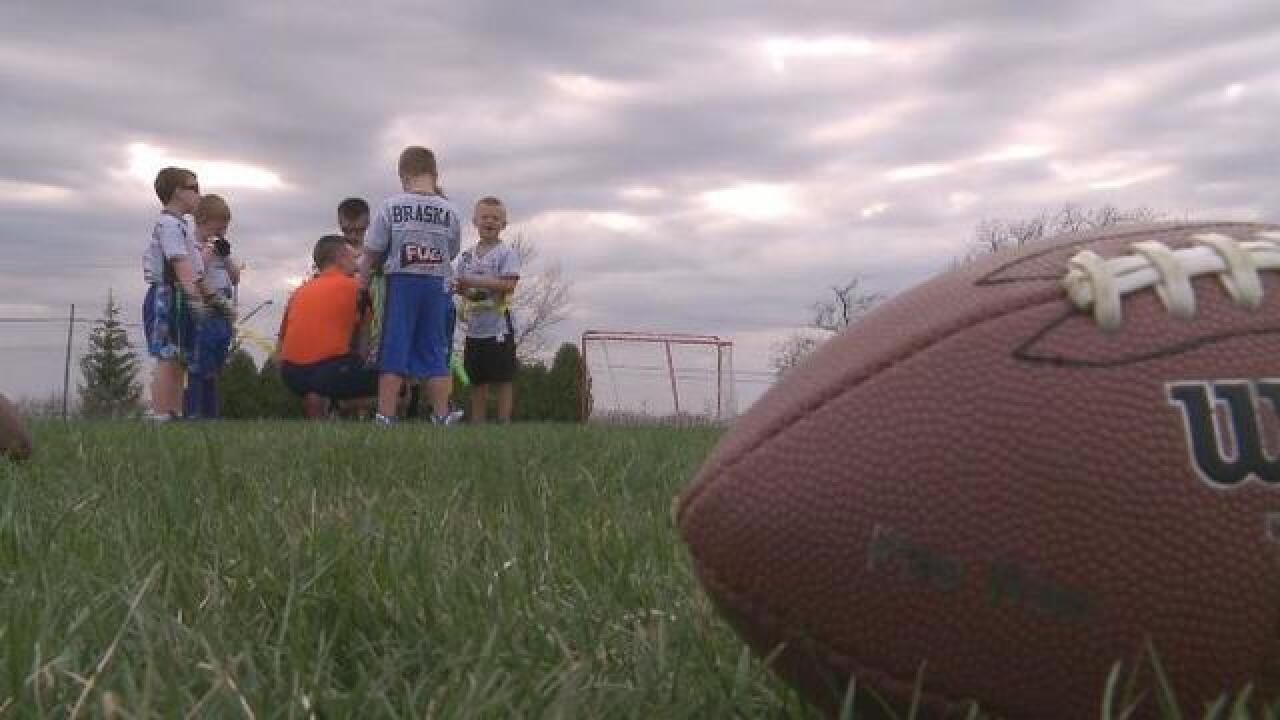 It may be May, but many parents are already signing their kids up for fall events, and this includes the fall giant, football.

New studies of concussions and neck injuries being related to tackle football, some parents are thinking twice about letting their children play.

A study by USA football shows that over the past several years participation for flag football has grown, while the numbers for tackle have declined.

Ryan Taylor founder of Lansing’s only spring flag football league said as a dad seeing these concussion studies, he couldn't sit back, he had to take action.

"What shocked me is how young some of the kids are that are showing those CTE symptoms, it's not just pros," said Ryan Taylor who started a Flag Football League.

Taylor's intention of starting this kind of league was to give kids the building blocks of the game of football, but in a safe, controlled environment. Also, giving younger kids more time to hold off on tackle football, but still allowing them that opportunity to play.

"I think a lot of kids of parents are paying attention to that and they are at least electing to keep their kids out of tackle football for a little bit longer and maybe waiting until middle school or high school."

This flag football league is unique to the area that it allows ages all the way up to 15-year-olds to play, not just little kids, which most flag football leagues in this area have been geared towards. Parent and coach Eric Novak says with tackle football’s future unknown, this league allows them to be ahead of the game.

“Maybe flag football will be the new norm in high school, maybe it won't be, but we need to be prepared to having these kids for a longer period of time in this environment," said Novak.

One big reason coach Novak says kids are trading their football helmets in for a flag football belt is that flag football allows them to learn the x's and o's of the game without fear of getting a concussion.

“The worst thing that happens is someone grabs your flag, so I think it offers an opportunity to have an easier opportunity for a coach to teach, and I think that is a true advantage for this environment," said Novak.

More than fear of concussions, Novak believes flag is getting this wave of interest because it allows kids of all sizes to play different positions that they may not have gotten a chance to play in tackle football.

“I think it's sad when you have one boy who is tagged or many of them to a certain position by their physique when they are 8, that doesn't make any sense to me," said Novak.

Taylor tells me flag football can co-exist with football, there doesn’t have to be one or the other. Taylor thinks in a few years flag will join the staple of sports that kids play seasonally.

“Soccer is the main sport that kids are playing, we are giving them an alternative now, especially in the spring when you don't have a football program," said Taylor.

California, Illinois, Maryland, and New Jersey are the only four states that have considered banning tackle football for children twelve and under. All of the bills have been unsuccessful so far.