Part of the proceeds go to two local organizations

What started as a way to pass the time during the Pandemic, has quickly become a project like no other for Grand Rapids-based photographer, Brian Kelly.

Even if you’ve lived in the area for a long time, it’s sure to give you a whole new perspective.

The book, aptly named Aerial: Grand Rapids from above, just kind of happened Kelly said.“When I started flying a lot this year, when my business wasn't able to do for photography and videography due to COVID, I started flying my drone a lot just to relax and just have something to do and stay creative." 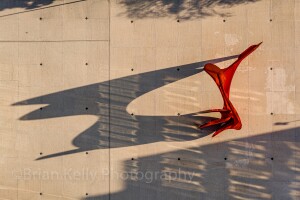 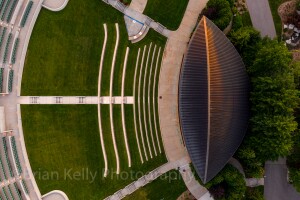 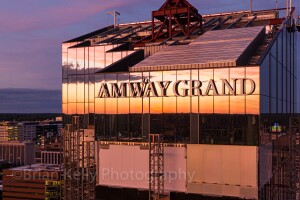 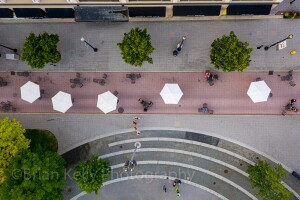 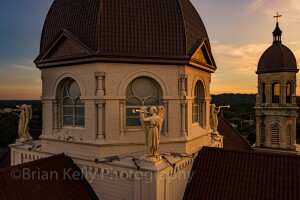 While the project itself may not have been intentional at first, a portion of the proceeds from book sales are very intentional.

That money will be split evenly between Mary Free Bed Rehabilitation Hospital and Disability Advocates of Kent County. Both organizations are very important to the Kelly family.

“My daughter, Faith, who is 15, has spent an enormous amount of time over her lifetime at Mary Free Bed. She has Cerebral Palsy has had numerous surgeries, and a lot of occupational therapy, and physical therapy there."

Kelly launched a Kickstarter Campaign for printing costs, but also as a place to pre-order your own copy for your home, office, or even to send to someone who's moved away.

“The changes in growth to our community over the past 20 years is staggering and that's going to be something that many people will enjoy, just seeing new things they had never seen before,” Kelly said.

Kelly hopes the book not only helps people appreciate the city itself, but perhaps expand some horizons too.

“It looks beautiful and everything almost looks perfect, but I think one of the amazing things that you can consider is, how are things on the ground? From the air it might look perfect, it might look unflawed, but for a lot of people on the ground, things aren't so great,” he said.

Kelly flew his drone mostly at sunrise and sunset to get hundreds of shots that will be condensed into about a 100-page, “13 x 11” book.

Kelly is certified by the FAA to fly and use his drone.

The Kickstarter Campaign to pre-order your book, ends on September 3rd.