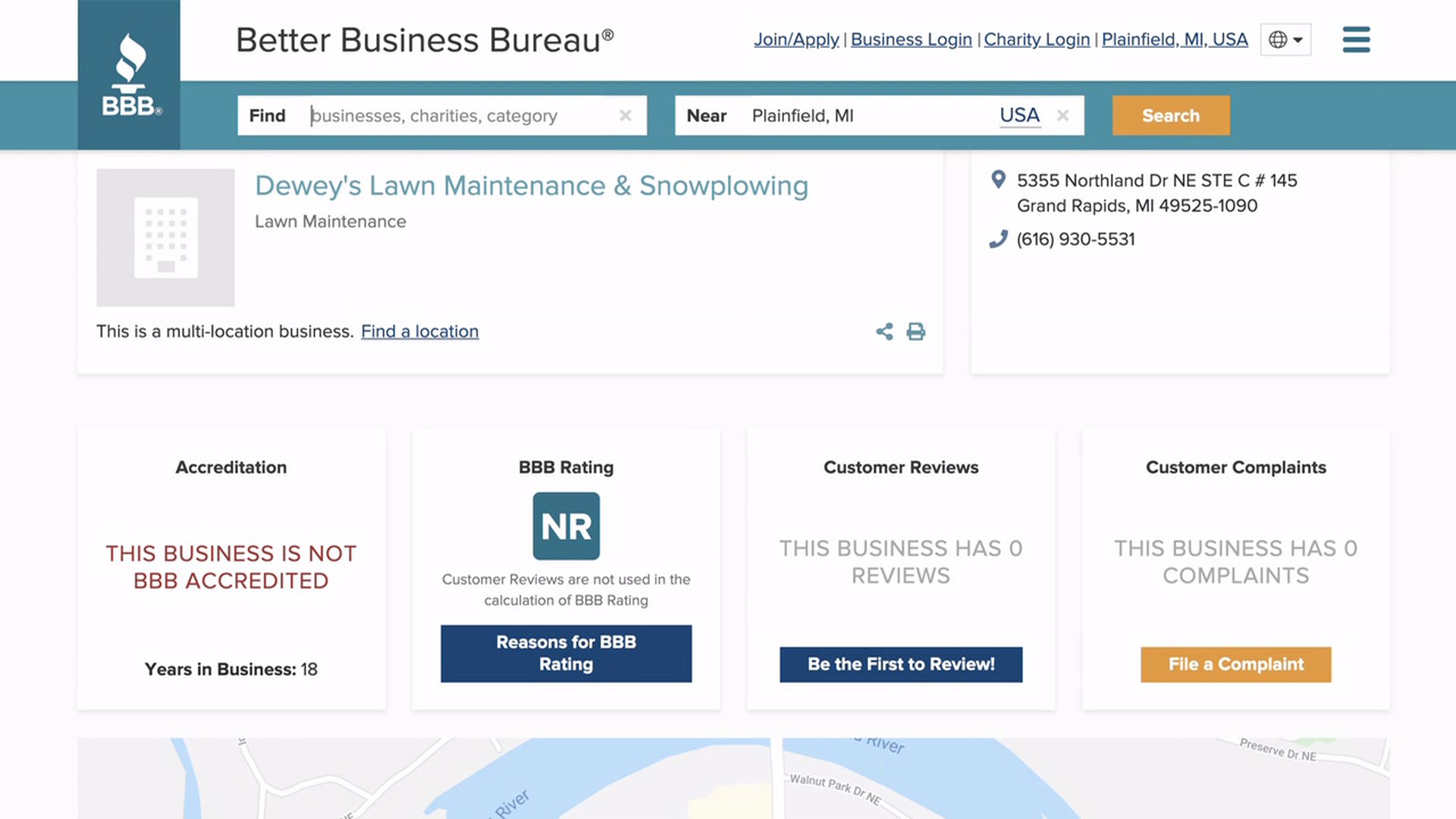 Jodi DeBoer says she’s heard excuses from Nick Reminga, owner of Dewey's Lawn Maintenance and Snowplowing, since November. According the BBB, she’s not the only one person to have a complaint dating back months.

"If this was a one time thing I'd understand," she said.

DeBoer says this weekend's snowfall was the straw that broke the camel's back after Dewey's failed to show up. So she canceled her contract.

On his voicemail, Reminga informed customers of equipment failures. He said five out of seven of his trucks have broken down.

DeBoer says the excuses started in November and December.

"Even though it's been forecasted snow, they said, 'Oh well, we didn't realize that we were gonna have snow.' So they were caught off guard," she recalled.

DeBoer said, "We had to call them, and they said their equipment had been vandalized and then a previous snowfall about a month or so ago they said the snow had been too wet."

Troy Baker with the Better Business Bureau says there've been no complaints on the company until November and another in December. They aren't reflected on the BBB website yet because they are open complaints. However, the BBB has updated the status of Dewey’s Lawn Maintenance.

"What we have done, based on the Problem Solvers reporting and the complaints we have in our system, we've moved this company to a no rating," Baker explained.

Baker says he spoke with the company's former owner and learned he sold the company to Reminga three years ago.

That's something existing customers, like DeBoer, says she wasn't aware of.

Although a situation like this isn't necessarily avoidable, the BBB says it's important for new customers to do your research.

Baker said, "One of the things I would ask is, 'If you have an equipment failure how are you going to get to my job?'"

"This guy says he had 7 plows (go down). The odds of 5 going down probably didn't seem like a very likely scenario for him. So this may be one of those weird situations where you could have done everything right as a consumer and still had something bad happen," he said.

Via text message, Reminga told FOX 17 he was busy getting his trucks worked on today and didn't want to talk any further. Sunday, he said he'd refund customers.