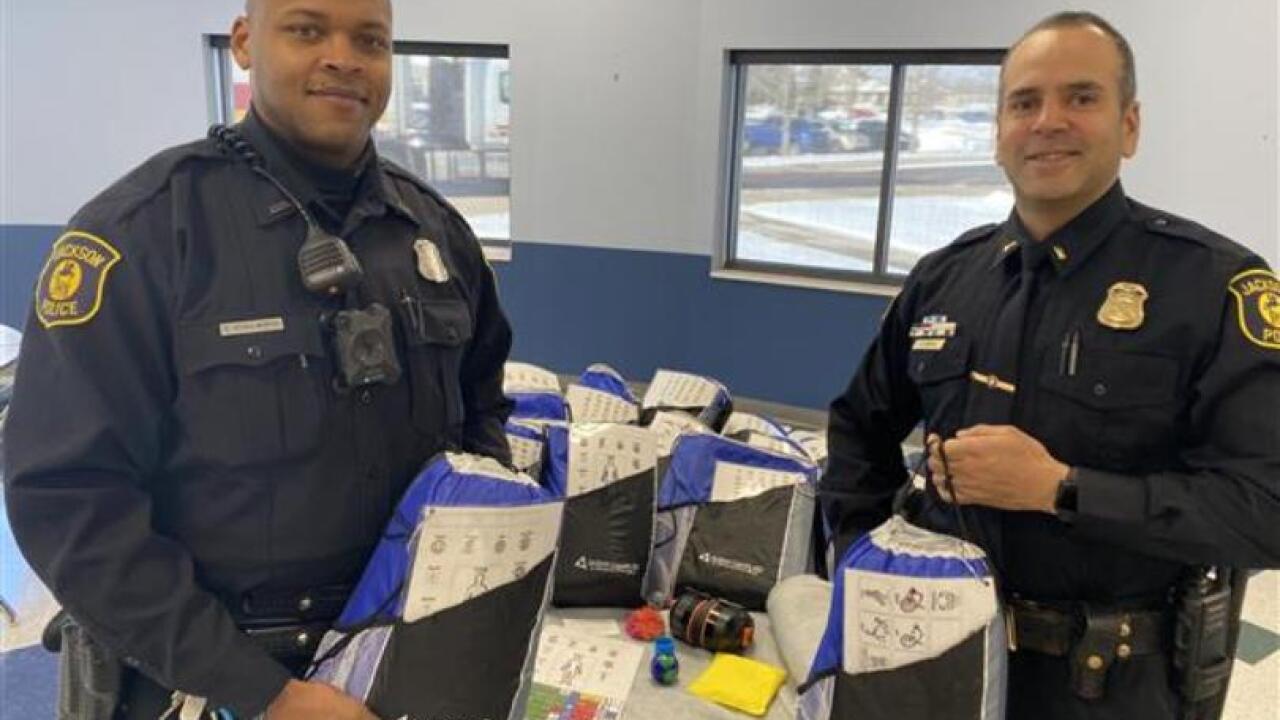 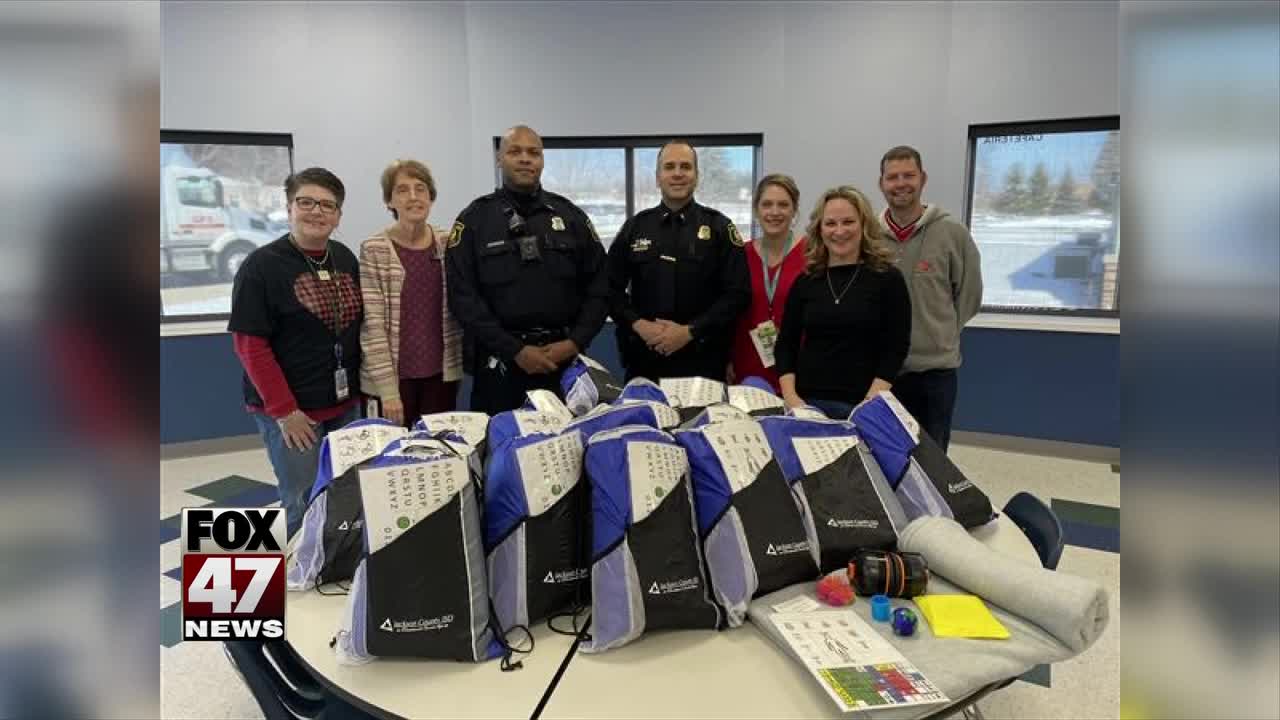 LANSING, Mich. — The Jackson Police Department will be getting some sensory backpacks.

The staff over at Lyle A. Torrant Center reached out to the police department to donate sensory backpacks after an accident involving one of their students.

"We had an accident where some of our officers were dispatched in early morning hours, if I remember correctly it was like 3-4 in the morning, to a child. A citizen had called in seeing him in the neighborhood and as we investigated, we found a child and determined that it was a non-verbal speaking child with autism," said Elmer Hitt, Director of police and fire services.

The Jackson Intermediate School District (ISD) was able to reunite the boy with his family and then helped police by giving the department sensory backpacks to use when dealing with people on the spectrum.

The sensory bags are packed with noise-canceling headphones, a picture pack for students to be able to point and communicate their needs, and toys to calm students down.

Hitt said the school district supplied enough backpacks for the department to keep a bag in each police vehicle.

Parents and staff said they're relieved to know students will be able to communicate their needs.

"I couldn't be happier. I couldn't imagine being in the situation of my son having to deal with the police department or if something was to happen to my wife and I," Jason Felde, Teachers assistant/parent said.

Felde, who has an autistic son who use to attend I-S-D, said his son has escaped from their home before and ended up at a neighbor's house. He says having the police department equipped with tools to help them communicate with people on the autism spectrum is something the community really needed.

"It brings a calmness almost if that makes any sort of sense. So yes, I'm excited, but it's also very calming from the parent perspective," Felde said.

The name of the sensory bags are also known as "bubby backpacks" after the child who sparked the idea.

Jackson County Intermediate School District gave the sensory backpacks to the Jackson Police Department this week. The district said it's committed to spreading awareness about children on the autism spectrum.