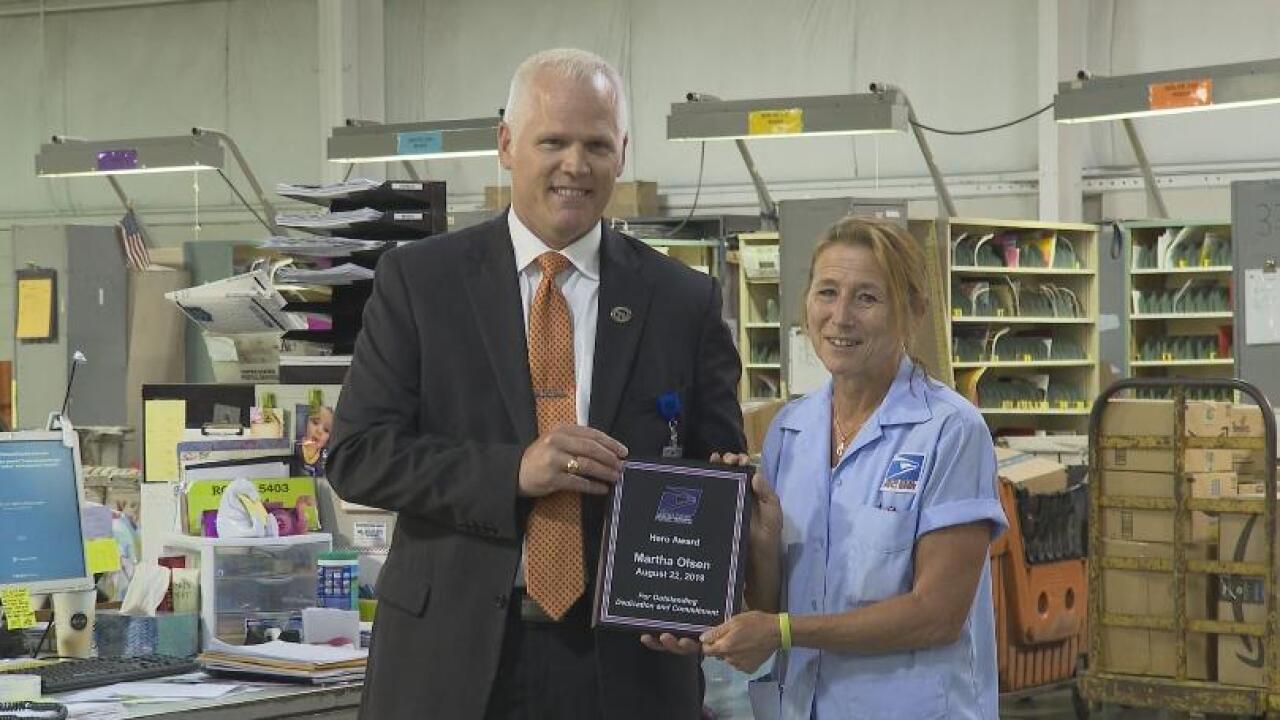 JACKSON, Mich. — Martha Olsen a mail carrier in Jackson went far beyond her delivery duties when she donated her kidney to a complete stranger.

Thursday Olsen was honored with a hero award from the United States Post Office for her donation.

Olsen said she wanted to become a donor for a father in need of a kidney after seeing a Facebook post about him.

Martha quickly got tested to see if she was a match.

Olsen said "I just had always thought took place in families in other words if I'm related to you I can give you a kidney. I hadn't really put it into context anybody can donate to anybody it based on your blood type, tissue typing and how well you match that particular person."

Doctors test for a number of things including blood type, health, and kidney function.

Olsen has the same blood type as Dan and tested great for health but the possibility of rejection was too high for Dan if he used Martha's kidney.

So he couldn't receive her donation.

However, this didn't stop Martha from becoming a donor.

She found a woman in Texas that was in need of a kidney.

Dan also found a donor that was a perfect match for him and oddly enough Martha had her surgery the same day Dan did.

They recovered together and Olsen said Dan is doing great.

After surgery, it took about eight weeks for Olsen to return back to work and after about 12 weeks she was doing everything she did before her surgery.

Now, Olsen drinks more water and doesn't stress out her kidney too much.

Olsen is running in a half marathon in four weeks and another one in October.

She even said she would consider donating again.

Olsen said her sister is even inspired to be a donor.