‘He would've been better off dead.’ Plymouth man’s 10-year struggle with mental illness ends in handcuffs 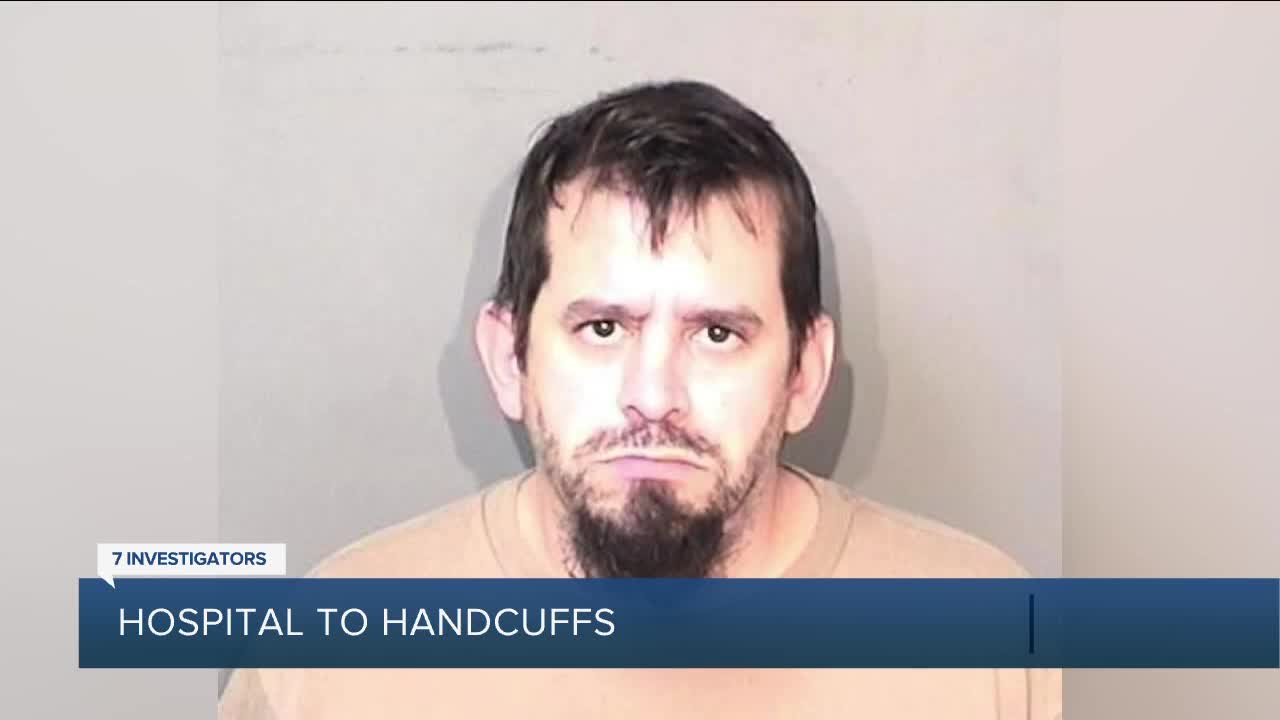 For ten years, Marilyn Gavlas worked tirelessly just to keep her 41-year-old son alive. Today, she wonders if it’s been worth it. 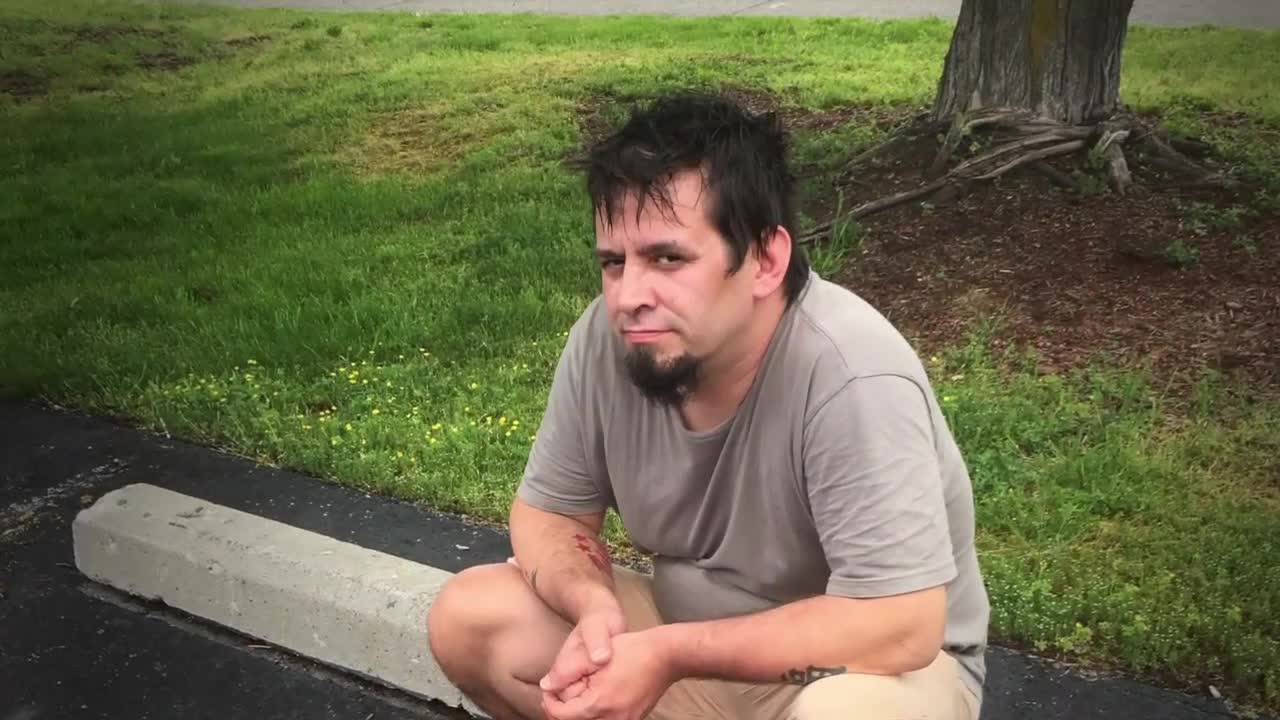 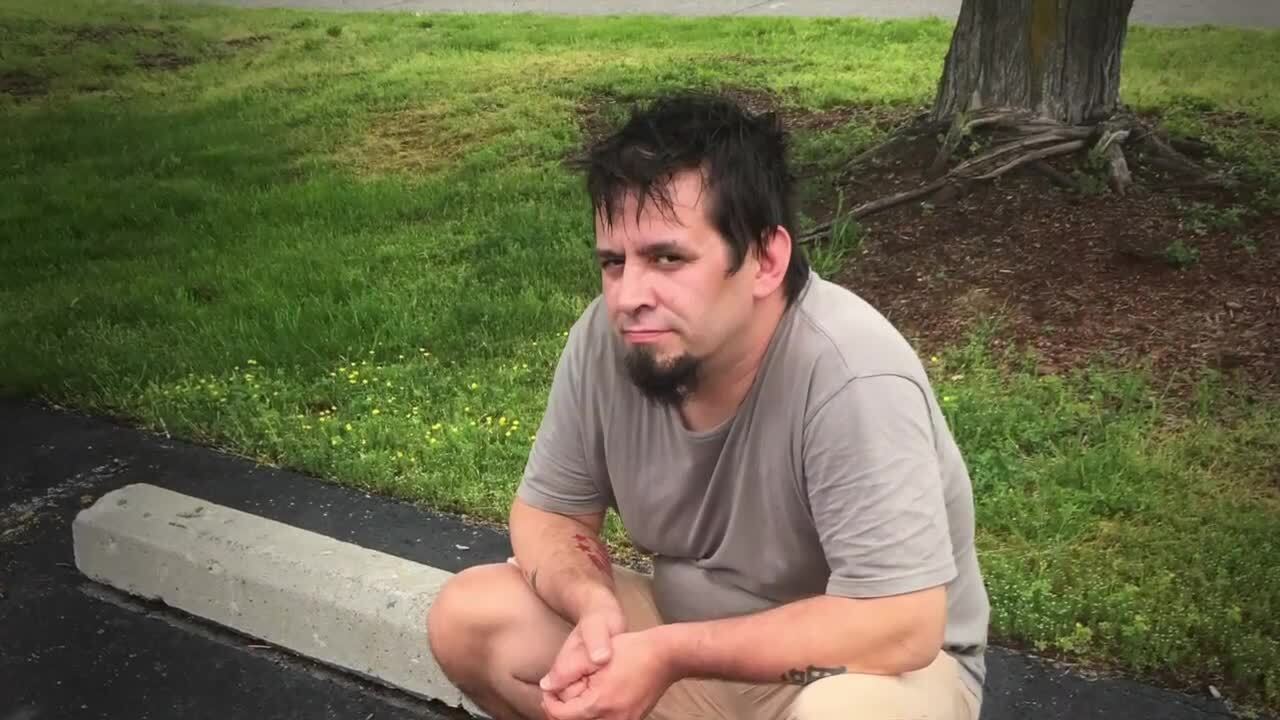 Today, she wonders if it’s been worth it.

“Why am I doing this?” she asked Monday outside her Plymouth condo. “He’s in so much pain and he’s not going to get any help…there’s no help. There’s just no help!"

A decade ago, her son Todd Holgate was attacked while working as a security guard out of state, suffering a closed-head injury. Since then, he’s struggled with depression and almost constant thoughts of suicide.

“He said many times, I just wish I would have died when they attacked me,” Gavlas said. “I’d find him crying, sobbing a few times.”

She estimated her son had been hospitalized 60 times since 2010. Most of the admissions were voluntary, she said, but at least six were court-ordered.

The involuntary admissions included two in 2010, two in 2011, one in 2015 and one in August. Each hospitalization was prompted by threats or acts of self-harm.

“No,” Gavlas said, “because they never really kept him very long."

Holgate’s last hospitalization came in August after he put a knife to his throat. He was committed to a hospital in Livonia, his mother said, and was out in five days.

When the hospital stays didn’t help, it wasn’t long before Holgate came face-to-face with police. In Plymouth where he lived, officers were very familiar with Todd: records show police were called at least 52 times since 2010—with the most recent occurring last month.

Only weeks after his last hospital stay, Todd was in crisis again. This time, according to police records, he’d broken the glass window in his mother’s front door, walked inside and, while wielding a switchblade knife, grabbed her neck.

“That freaked me out because nothing like that has ever happened,” Gavlas said.

She called 911 and when police arrived, Todd refused to leave, then urged officer’s to shoot him.

After a seven-hour standoff, he was taken into custody and charged with five felonies including assault with intent to commit great bodily harm.

“When you hear the history of this individual, you see missed opportunities time and time again,” said Tom Watkins, the former CEO of the Detroit Wayne Mental Health Authority.

In fact, just days before Holgate’s most recent breakdown, a petition for mental health treatment had been filed with Wayne County Probate Court by a crisis counselor with COPE, which stands for Community Outreach for Psychiatric Emergencies.

But it went nowhere, according to a court official, who said the crisis counselor who filed it couldn’t be reached for three straight days, leading the petition to be dismissed.

“Obviously, things are not working for the individual,” Watkins said, “and today, he’s sitting in the Wayne County jail depending on the prosecutor and criminal justice system to meet a need of somebody that the system has failed.”

Citing patient privacy laws, Carol Zuniga, the executive director of Hegira Health which operates COPE, declined to comment on the petition filed on behalf of Holgate, but defended COPE’s actions.

“I can tell you that Hegira Health prioritizes training our behavioral health staff to follow established process and procedures and that we are confident our staff made all efforts to follow those critical processes,” she said.

“It is a tragedy whenever someone with mental illness ends up incarcerated related to the symptoms of his or her disease. Our work in the community – and in particular our care coordination with law enforcement in Wayne County communities – is in place to prevent such occurrences whenever possible.”

Today, Holgate’s mother can’t help but feel defeated. After ten years as a patient, her son never found the help he needed.

Now as defendant, help has never seemed further away.

“You know sometimes, I think he would have been better off dead than this,” she said. “I mean I’ve fought so hard to keep him alive, and he’s in so much pain.”